As we were heading out for our Lake District pod-camping adventure on Friday, as well as whipping up the good old Pumpkin Donuts, I scoured my favourite Primrose Bakery cupcakes book for a pumpkin recipe for us to use up the second of our two pumpkins. 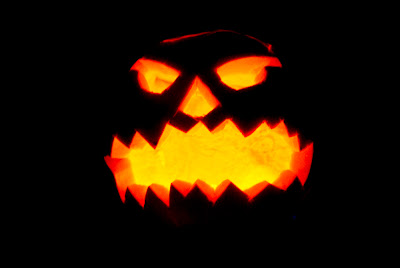 Bailey was in charge of carving this second pumpkin and he actually took it very seriously and the end result was ace! A very spooky pumpkin indeed. 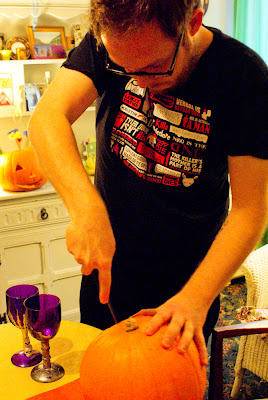 The recipe I chose from Primrose was for Pumpkin Cupcakes with Spiced Cream Cheese Icing which sounded absolutely lovely - like a yummy, Hallowe'eny alternative to carrot cake. 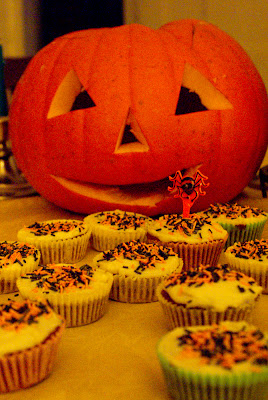 I was happy with how the cakes turned out as they tasted very moist, flavoursome and with bags of flavour. 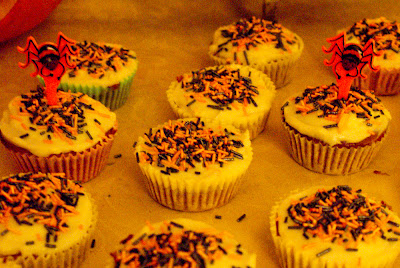 Although the cakes tasted nice, I was a little disappointed with the fact that they didn't really rise much - I think this could have been because I added the pumpkin purée to the cake batter when it was still quite hot. Next time I will prepare the pumpkin purée in advance so it cools down so as not to affect the rise of the cakes. Also the cakes got a bit squashed in the car which made them look pretty ghoulish but I guess there was nothing I could have done about that! 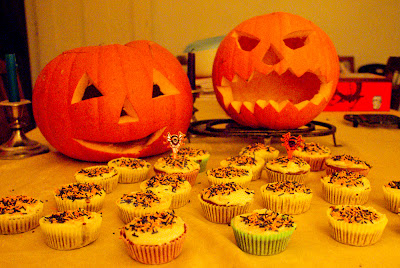 I think the Pumpkin Cupcakes went down well with the campers this weekend as being a little bit Autumny they fit in very well with our rural surroundings. 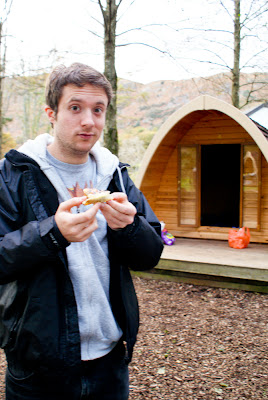 I was very happy with Hannah's comments who said the cupcakes were "just her type of cake"! Great stuff. 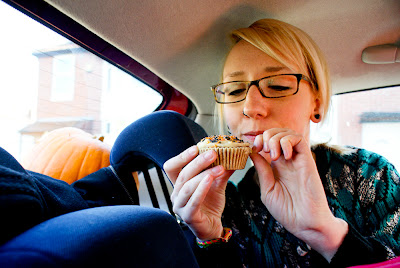 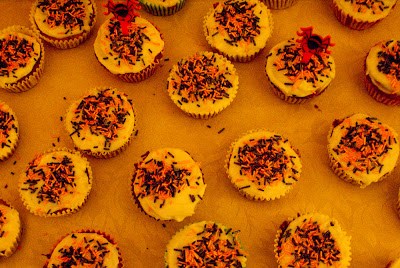 Cook the pumpkin for 3 minutes in the microwave until tender and blend to make a pumpkin purée and leave it to cool. Preheat the oven to 160 degrees C. In a mixing bowl, cream together the butter and sugar. Add the eggs, one at a time followed by the vanilla, and mix well throughout. 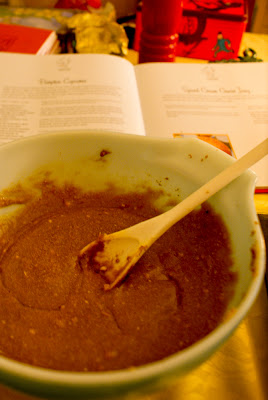 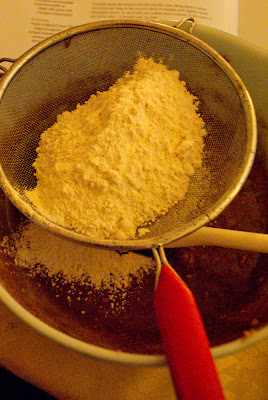 Repeat until all the flour and milk has been mixed into the cake batter. 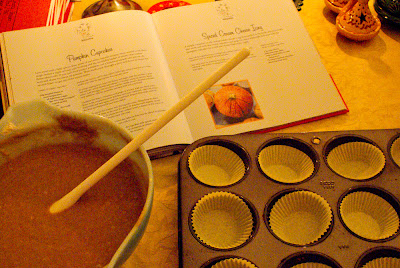 Spoon the cake batter into the cupcake cases until they are two-thirds full of cake mix. 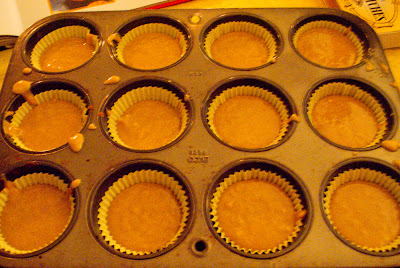 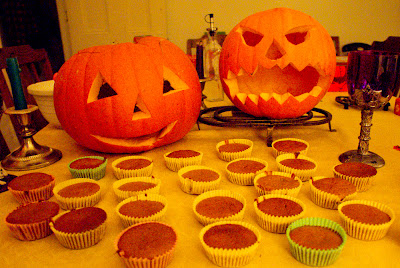 Meanwhile, make the icing by combining all the ingredients together in a mixing bowl and stirring well to get rid of any lumps. 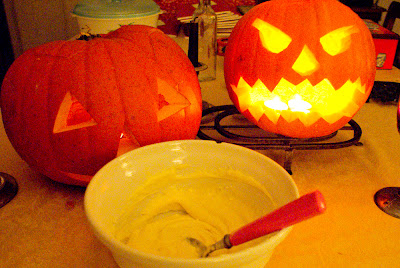 Ice the cakes using a palette knife before topping with Hallowe'en sprinkles or decorations. Yum scrum! 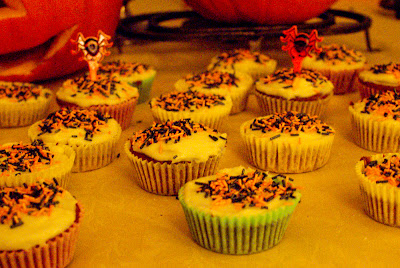 Posted by Jules at 5:41 PM
Email ThisBlogThis!Share to TwitterShare to FacebookShare to Pinterest