Last week we were lucky to have the fabulous Rebecca Sterritt in town for a limited time only! Bailey and I hooked up with her on Wednesday for a little lunch during Bailey's lunch hour. 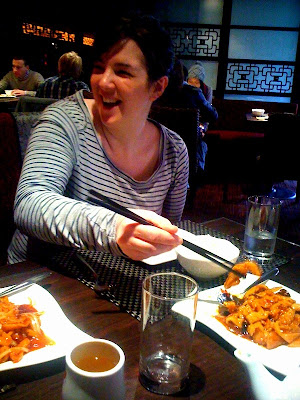 Having just read Taste of Manchester's Top 20 Places for Lunch and seen Red Chilli on the list, we decided we would give it a go. 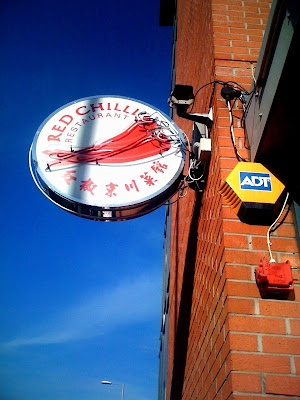 I have to say Red Chilli is quite a difficult place to judge from the outside. It's on Oxford Road just a bit up from the Manchester Uni Students' Union and looks a little on the nondescript side. But inside the place is really impressive - smart, classy and modern - a lovely place to lunch. 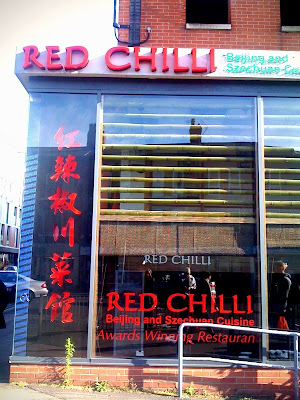 We were all instantly drawn in by the absolute bargain that is the Red Chilli Set Lunch Menu - three courses of soup, dim sum and a main with rice or noodles for £9 was amazing value. The place was actually pretty busy - mostly students - and I think it was due to the ace prices.

Drinks were reasonably priced too and I went for a pot of Chinese Tea (I think it was jasmine?) - another bargain at a quid for a massive great pot. Lovely. 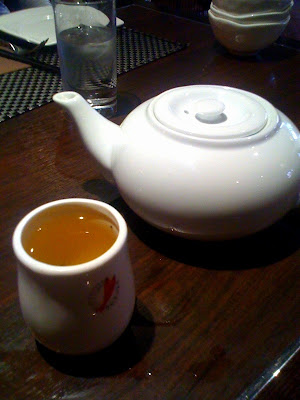 Although the food was very quick to arrive which is what most people want when they are on a working lunch, there was quite a bit of confusion with the service, with all sorts of items arriving at different times. First to arrive was my Vegetarian Hot & Sour Soup but this was presented as a Beijing Hot & Sour Soup so Bailey started eating it. Also the dim sum didn't all arrive at the same time and I ended up with two dishes when other people had none, which I always find annoying. 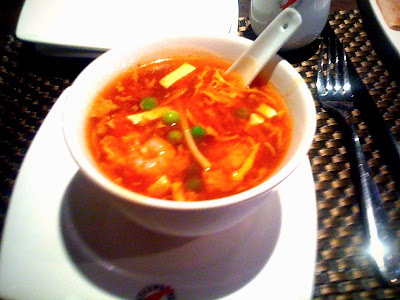 Unfortunately the soup got a bit of a thumbs down from all of us. Bailey and Rebecca both hate prawns and were dismayed to find it full of the wee blighters. I on the other hand love prawns so these were handed over to me which usually I would have been thrilled by but unfortunately they had a bit of a strange taste to them. It was edible, but nothing to shout about so none of us ended up finishing it. 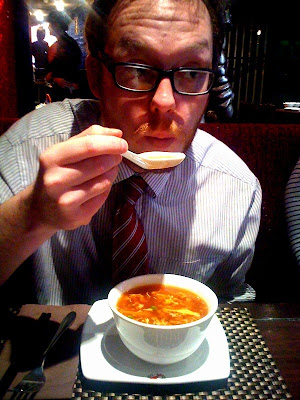 The dim sum was also a bit of a mixed bag. I was super happy as I had ordered the most amazing Spring Onion Bread which was one of the yummiest things I have had in ages. It was the first time I could recall actually seeing this on a menu in a Chinese restaurant and I'm so glad I went for it. It reminded me of the Moroccan msemen bread we had on holiday with a beautiful flavour - lovely with a bit of Chinese tea! 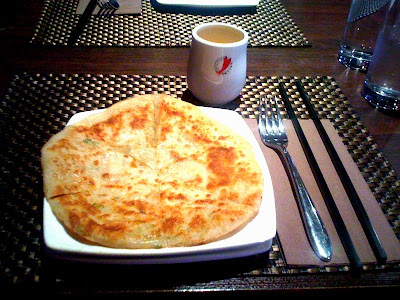 Rebecca also loved her Salt and Pepper spare ribs and said they were ace - they also looked really yummy. Bailey however, was once again disappointed to discover his Spring Rolls had prawns in them and the pastry was a bit soggy.

So after a bit of a shaky start the mains arrived. Bailey had gone for Chicken with Cantonese Sauce which he thought was brilliant. He said it was one of the nicest Chinese meals he has had in years. 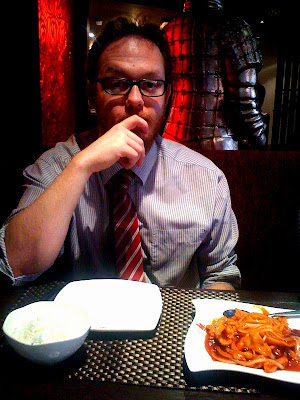 Rebecca and I also really liked our main courses. She ordered the Chicken with Sweet and Spicy Sauce and I went for Bean Curd (my favourite!) in Ginger and Spring Onion Sauce and we were both very pleased. My sauce was gorgeous and I loved the texture of the bean curd. 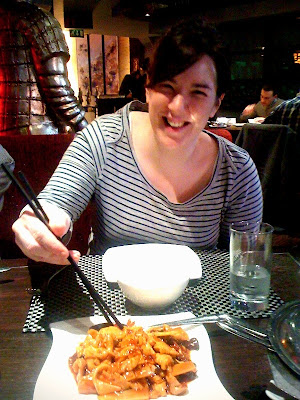 What really impressed us all as well was the perfectly cooked rice of which there was absolutely loads - way too much for us to eat after two previous courses and we left feeling full and satisfied. 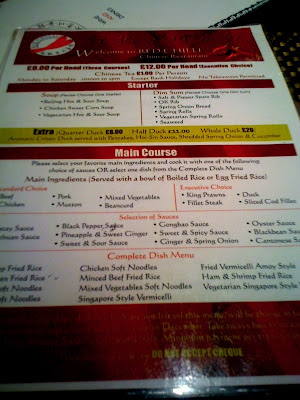 All in all we had a very nice meal at Red Chilli. It was the perfect place for a quiet lunch and a chat and we really felt like we had discovered a real bargain. Although the food wasn't perfect and the service was quite confused, I thought for the price we paid we had gotten real value for money (and I am dreaming about that onion bread). I can see why so many people go there of a lunchtime as the set menu is so varied that you could eat there often and have a different combination each time. I think if we go there again Bailey will have to make sure he asks about the prawn content of the dishes but otherwise it should be OK for a return visit.

Posted by Jules at 7:07 PM
Email ThisBlogThis!Share to TwitterShare to FacebookShare to Pinterest