Last weekend we went on a camping adventure to the Lake District. It was absolutely lovely to get out of the city, staying in the middle of nowhere with not even a mobile phone signal between us. However, this did mean a pretty gnarly drive into Eskdale, where we were staying. The definite highlight of our journey in was our stop off at the High Cross Inn, a little country pub with beautiful views of the rolling hills of Cumbria. 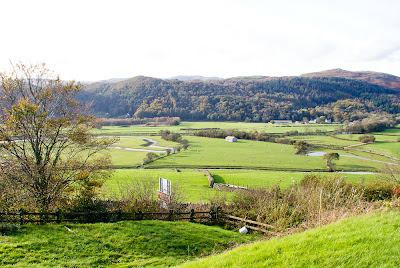 We entered the pub via the back entrance and were greeted by one of the best Hallowe'en pumpkins I have ever seen! 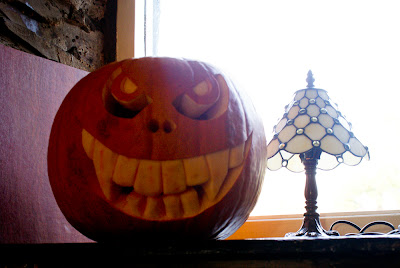 In all honesty we chose to stop at the High Cross as it was the only pub en route that served food past 2pm, but also the promise of "traditional, homemade, local, seasonal, fresh" food also sounded pretty good. The menu, which was written on a chalkboard, was fairly simple and comprised British pub classics (all served with chips), sarnies and soups. 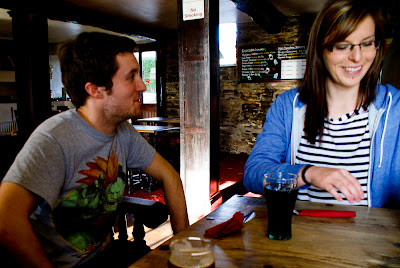 Knowing we would be eating out later we all faced the torturous decision of whether to get a big meal (the scampi sounded nice!) or just a sarnie. 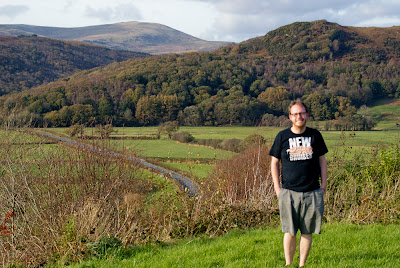 In the end I decided to go for a Smoked Salmon and Cream Cheese Sandwich on a brown baguette which was rather yummy, fresh-tasting, with a lovely crisp salad and a really big portion too. Perfect to line my stomach for the rest of the ride. 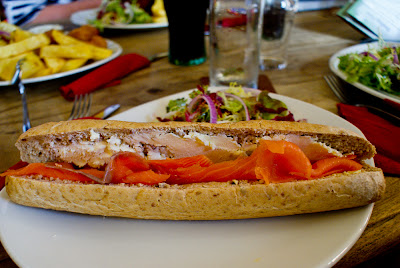 Hannah, Bailey and Gray also went for different sarnies with side orders of chips too. 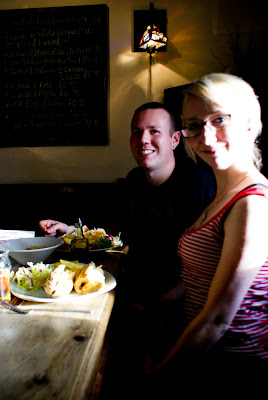 Bailey went for a Ham and Wholegrain Mustard on a White Baguette which he thought was a bit of a boring choice but it was lovely. The ham was nice and salty and they weren't shy with the mustard. 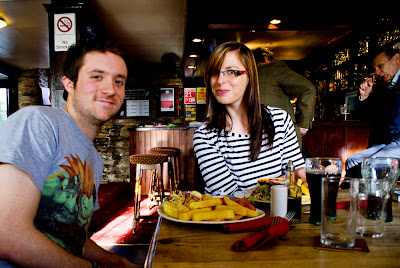 Rob and Kat opted for main meals which we were a bit jealous of as they looked nice and they weren't messing about with the portions. Rob had the Scampi which smelled amazing, while Kat had the Cheese-Topped Ratatouille which she really liked and said was super cheesy. 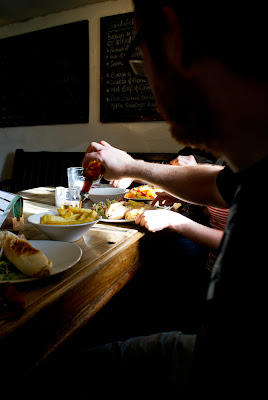 The main highlight for everyone were the chips - we all commented that they were brilliant. They were super crispy on the outside and soft in the middle, pretty much perfect. Bailey said they were "the best chips we had all weekend" before amending it to the best he'd had "in years". 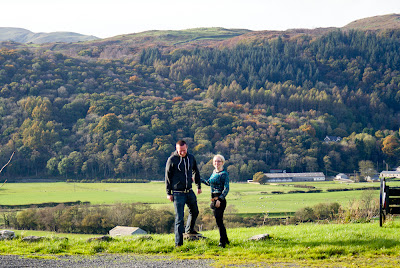 We had a really pleasant bit of food at the High Cross Inn and would definitely recommend it as a quick and inexpensive lunch spot for anyone passing through Broughton-in-Furness. Not only was the food good but the staff were really nice too, the barmaid was lovely to everyone despite there being quite a few annoying / rude customers in the place, and the chef was really happy to come out and chat to us. I also loved the fact they had a big pile of cookbooks for people to read, as being the cookbook fan that I am there is no better way of entertaining me while I wait for my food to arrive! Nice one. 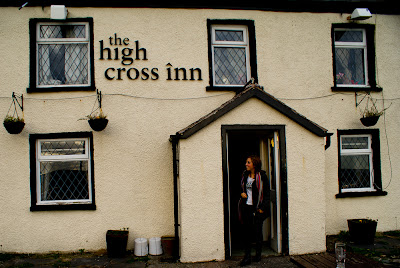 Posted by Jules at 8:33 AM
Email ThisBlogThis!Share to TwitterShare to FacebookShare to Pinterest