Just last Friday we had a trip to Leeds for a night out that involved a sweaty gig and a lot of rum but before that happened we took the chance to revisit one of my favourite restaurants Little Tokyo. I did live in Leeds for a little while and visited Little Tokyo a couple of times then but had never had the chance to come back until now. I had bigged the place up to Jules (and to Craig and Francesca our dining buddies) as amazing food, super nice inside and extra veggie friendly. I am happy to say that it delivered on all accounts. 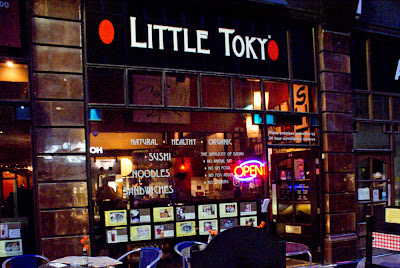 When you arrive it doesn't actually look like much from the outside. It is only when you step through the doors that you find yourself in a lovely sushi bar waiting area (which is nicer than most peoples entire restaurants) where you are asked to sit while a table is prepared by the very polite door staff dressed in traditional Japanese dress. You are only seated here for a moment (a shame) before the uber efficient door staff gesture for you to make your way down a set of steps into the lower floor at which point you are greeted once again by the greeting staff of the lower floor who take you to your table. The lower floor has a completely different vibe to the upper floor. 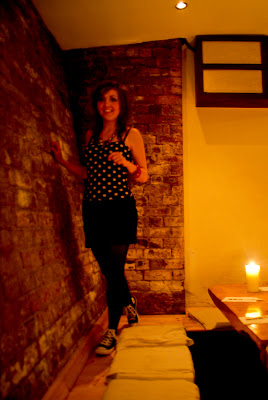 While the upper floor is a well lit cafe style bar the lower levels are much more subdued lit only by dim lamps and candles which makes for a great atmosphere but does make it difficult to read the menu. 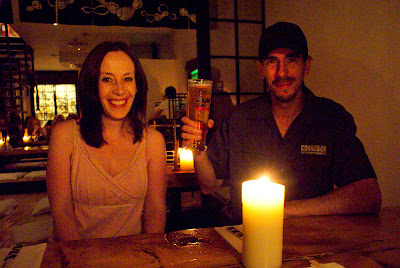 Before I go any further I have to say that without a doubt Little Tokyo provides the best service I have ever experienced. The staff are without fault as they are super friendly, mega attentive and unbelievably efficient. They always know the right time to swoop in to the table to offer a drink or clear a plate but the rest of the time keep a good distance allowing you to enjoy your meal. Brilliant. 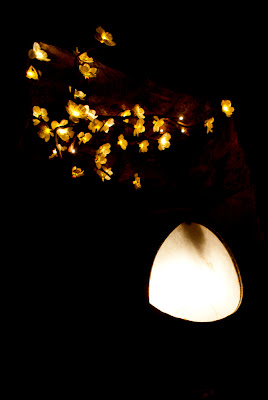 Then theres the food. For starters Jules went for a small plate of sashimi sushi, I went for the pork gyoza (dumplings), Francesca went for spring rolls and Craig went for the tempura avocado with wasabi mayonnaise. 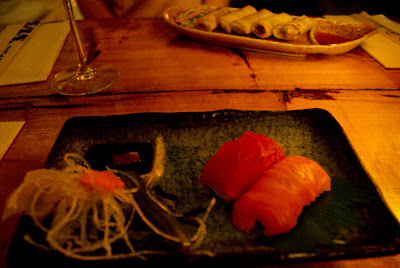 The standard was pretty good, Jules loved her sushi, my dumplings were super tasty, Francesca's rolls were pretty good and Craig's tempura avocado were super tasty with the only disappointment coming from the lack of heat in Craig's wasabi mayonnaise but then Craig is a chilli eating monster. 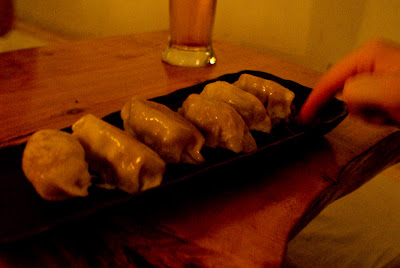 For my main course I went for the chicken curry and it could almost not be faulted. The chicken was moist, the batter crisp, the sticky rice was perfect and the curry sauce was really really tasty with my only complaint being that the curry was not quite spicy enough but that comes down to personal taste I suppose. 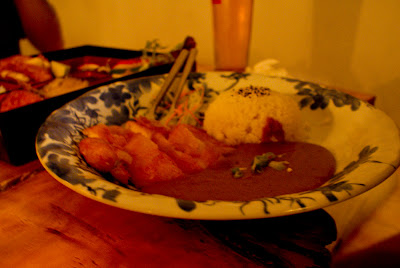 Jules ordered a portion of Tofu noodles for her main. As an example of how good the service is despite them getting the order wrong, it arrived with chicken, it was dealt with in such a nice way and the new dish delivered so quickly that Jules did not mind at all. I tried the noodles my self and they were great. Jules thought her meal was delicious and loved the taste and texture of the tofu. 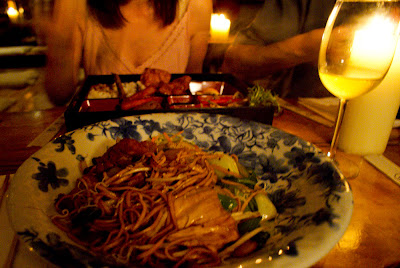 Jules was very excited to find that her noodles contained Lotus Root, a vegetable she had previously only seen on Cooking Mama. 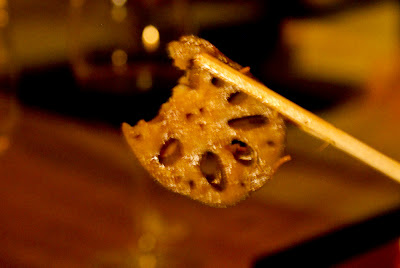 Craig and Francesca made the wise choice of going for a bento box (a 4 course meal in a single box made up of rice, salad, tempura vegetables and your choice of main) with Francesca getting tofu and Craig going for the Chicken. 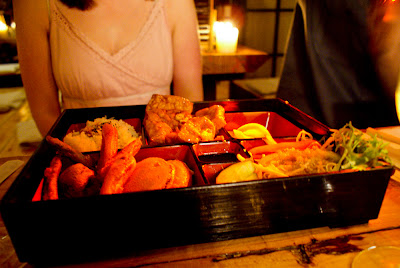 It was a wise choice because they are such a nice way to eat Japanese food, you get a little taste of everything and each compartment of the box complements the next. The only reason I didn't get one was that I had eaten one every time I had been there and so wanted to try something new but this did not stop the flood of jealousy as these bad boys arrived. 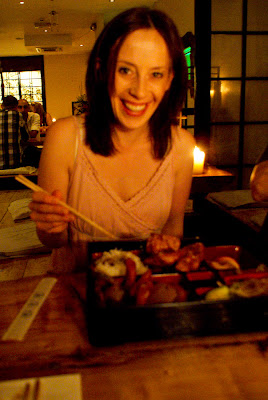 Craig was also satisified with his main as after a quick word with the waitress a decent portion of pure wasabi was delivered which he used to pep up his dish BAM! 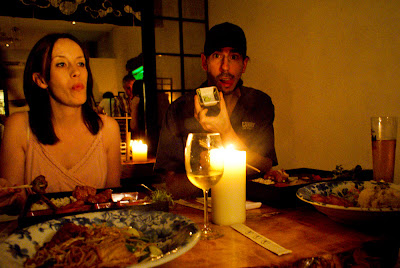 What else can I say? Well I can say they serve brilliant beer thats what, Asahi Super Cold is the best partner to wasabi. Also its not that expensive, the meal for four of us for a starter, a main and a drink each came to less than twenty quid a head. 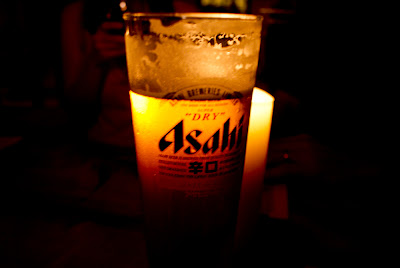 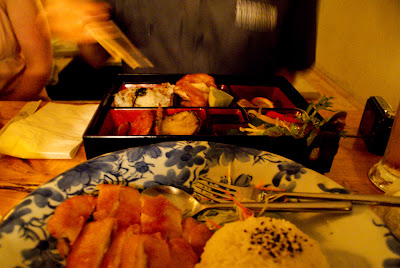 Posted by Bailey at 11:43 PM
Email ThisBlogThis!Share to TwitterShare to FacebookShare to Pinterest