Tonight our Pizza Sunday dinner was rather adventurous. We decided to make a pizza using the classic flavours of pear, stilton and walnuts. 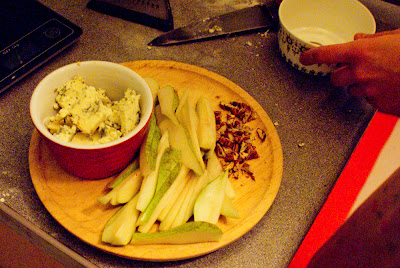 I was really happy with how the pizza turned out tonight. Firstly, everything seemed to go completely to plan with the dough, unlike last week. I used the same recipe for the dough as normal but I did try a different type of yeast today which made the dough rise loads and it looked ace! Bailey said the base turned out "perfect". 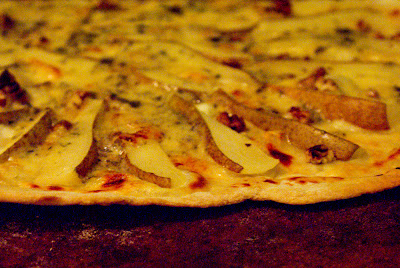 As for the toppings, I was a bit unsure as to how it would all work out. I really wasn't sure what to use as the base topping instead of tomato as I thought if I put the pear and toppings straight onto the dough it would turn out a bit dry. Eventually I decided a nice even spreading of quark would work great as it's creamy and thick but actually pretty much flavourless. 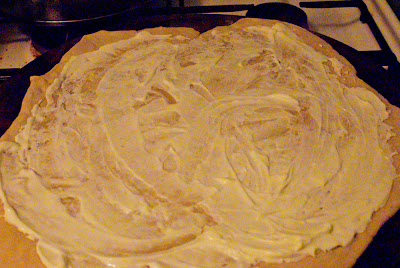 I then topped the quark with about 5 roughly chopped walnuts and some super thin slices from two ripe pears which I tried to lay out in concentric circles. 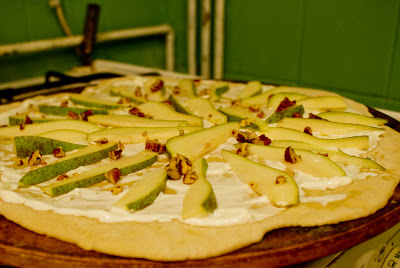 Finally I crumbled 82 grams of Stilton in little blobs all over the top of the pizza. 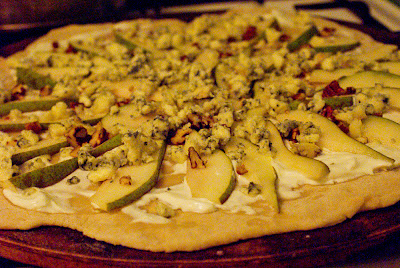 I put the whole thing in the oven at the maximum temperature for six minutes until the Stilton was bubbling and the pear slices seemed to have softened a little. It came out looking absolutely scrummy. 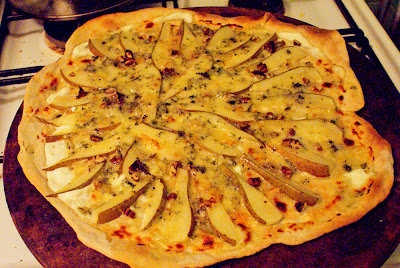 At first the pizza was quite difficult to eat as the pear was so hot and the melted Stilton was quite liquid. 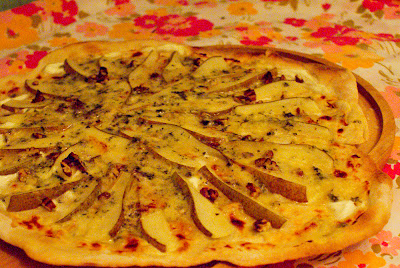 However, as the pizza cooled down a bit I started to really enjoy eating it. The pear was sweet and its flavour was not lost next to the creamy stilton and it all seemed to work really well. 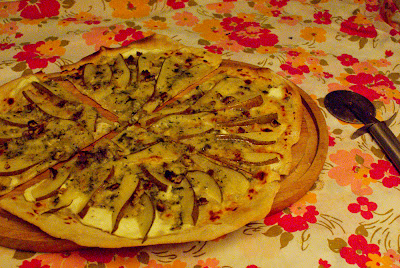 I particularly loved it when you got a bite of pizza which had a bit of walnut on it as well as pear and Stilton as this was a pretty fun party in my mouth. 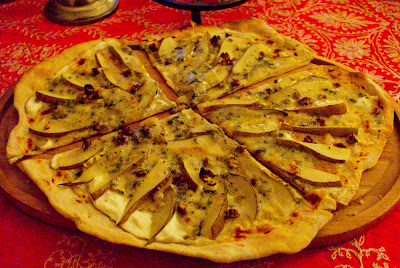 I am really happy that my pizza adventure tonight allowed me to conclude that pear and blue cheese works just as well on a pizza as it does in a salad. Perhaps Pear, Stilton and Walnut pizza could be the winter equivalent of its salady counterpart.
It's definitely a posh pizza and I would recommend it to any blue cheese lovers out there. Delish! 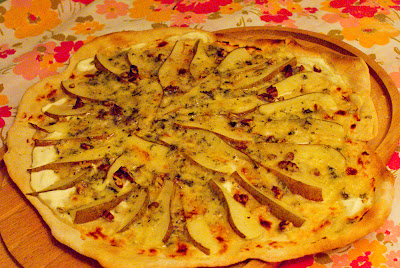 Posted by Jules at 7:58 PM
Email ThisBlogThis!Share to TwitterShare to FacebookShare to Pinterest