Tonight for Pizza Sunday we have just finished snarfing down a pair of Quorn Tikka Pizzas. They were absolutely delicious! Bailey said his this was his favourite pizza yet for Pizza Sunday and he said that is was of a "professional standard" and that he would have paid "good money" for it! Awesome. 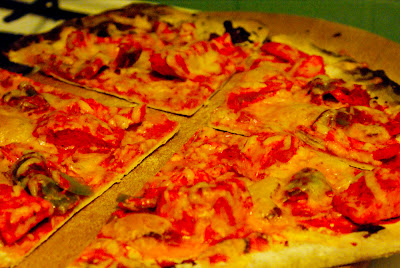 I used the usual pizza base recipe and put some chopped Quorn chicken fillets, green peppers and onions to marinate in some lemon juice, natural yogurt, Tikka spices and salt for a few hours. 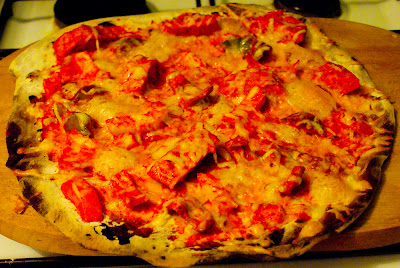 After I rolled out the dough I put it straight onto the heated pizza stone and spread the tikka sauce and ingredients out on the base with a nice even spread of cheddar cheese. 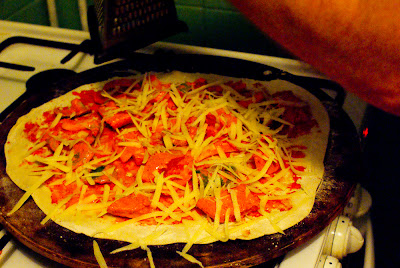 I was a bit worried that the pizzas would turn out dry as there didn't seem to be quite enough sauce to go round but actually as the pizza cooked, a bit of moisture came out of the Quorn and veg which moistened it up real nice. 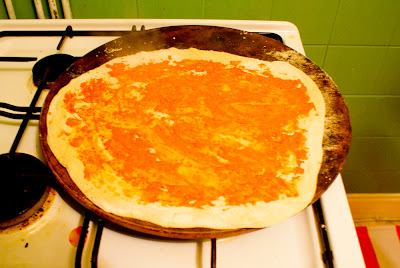 I was a bit dubious about this pizza initially but actually it worked out and I wish I had more as I could definitely squeeze in anther couple of slices now. Yum! 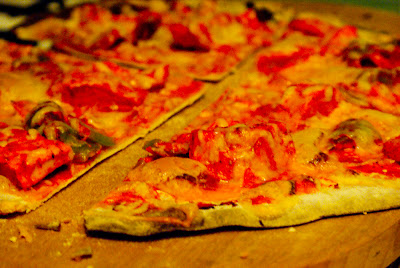 Posted by Jules at 8:01 PM
Email ThisBlogThis!Share to TwitterShare to FacebookShare to Pinterest