My birthday had been and gone. It was a Sunday afternoon and I was feeling the post-birthday blues BUT I was keeping myself going in the knowledge that there was still a 'surprise' to come. Bailey had bundled me into the car (the passenger seat thankfully, not the boot) but wouldn't tell me where we were going. A few miles down the M56 and I started to worry that he was actually just taking me to work a day early, but when we came off at the Bowdon roundabout I started to piece the clues together. Who else do we know that lives in lovely Bowdon other than the most wonderful Gwyn from Vintage Afternoon Teas? What else was going on today other than a Secret Vintage Veggie Vegan Tea Party at Gwyn's house hosted by herself and vegetarian chef extraordinaire, Wendy of Wendy's House Supperclub? The penny had dropped (which was lucky as Bailey needed directing to the house). Turns out this surprise was courtesy of my awesome friends Doyle and Jeni - thanks guys, you really made my day! 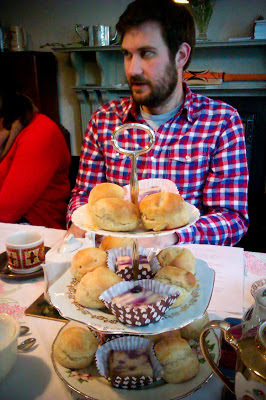 As is the case with all of Gwyn's events, the Veggie Vegan Tea Party was a splendid affair, kicking off with a delicious glass of Pink Lemonade followed by lashings of tea (I drank an entire pot in about 4 minutes flat, sorry Gwyn) and a vintage stand groaning with vegan sarnies made by Wendy. I loved all of these - Onion Bhaji with Mango Chutney, Smoked Tofu with Chilli Jam and Cashew Pesto with Sunblushed Tomatoes were all great but my all round favourite were the Avocado and Salsa open sandwiches. 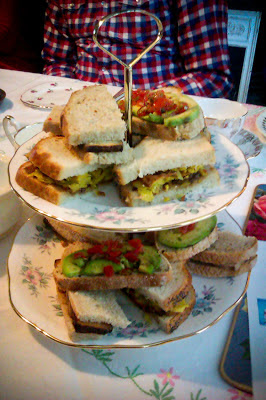 Carrot, Cumin and Lentil Pasties were unbelievable - pretty impossible to believe these bad boys were vegan as the pastry tasted pretty 'buttery' to me. 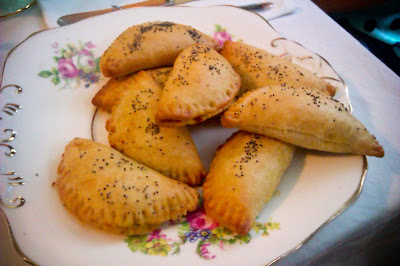 As usual I hadn't left enough room for sweets but there was no way I was going to turn down one of Gwyn's famous scones with all the amazing locally produced jams she spoils us with and one of Wendy's Vegan Berry Cheesecake Bites... again, these did not taste at all vegan and were creamy and lovely.

Back in 2011 we had our first taste of Wendy's veggie food at Bistro 1847 and the thing that left the lasting impression on me was her amazing Hendrick's Gin and Tonic Cake, this was light, ginny and zesty as always. 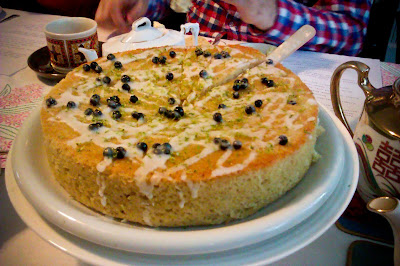 Finally I managed to squeeze in a Small Slice of Date Cake and Salted Caramel Sauce despite starting to get the cake sweats. This was gooey and gorgeous. 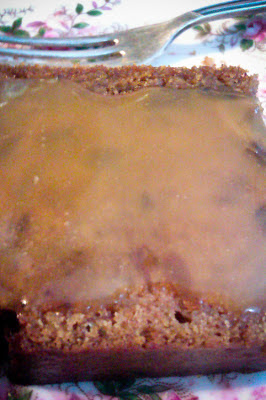 Spending an afternoon at Gwyn's is a treat at the best of times but this event was a fantastic tea party with a twist especially for vegans who probably normally wouldn't be catered for when it comes to tea and cake! Not only was the food suitable for vegans, it had all been so creatively put together that even the most die-hard of meat lovers would have left happy. Thanks to Gwyn and Wendy for the delicious spread and to Doyle and Jeni for being so good at surprises! 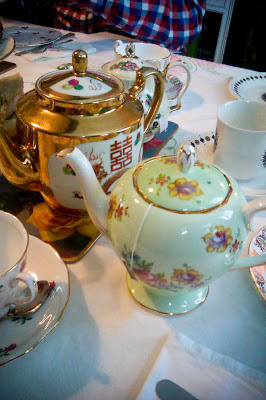 Posted by Jules at 6:17 PM
Email ThisBlogThis!Share to TwitterShare to FacebookShare to Pinterest