According to Wikipedia, Baekdu Mountain is an active volcano and therefore not the sort of place you'd want to go to dine. Baekdu in Manchester however, is a Korean restaurant that I've wanted to go to for quite some time. In fact, I've been wanting to go to Baekdu ever since I first heard about it on the blog of Mal of Fire & Salt BBQ (from before he became a street food superstar). Bailey and I love a good authentic cheap eat and this sounded right up our street, especially when we heard it being grouped under the same category of eatery as This & That. 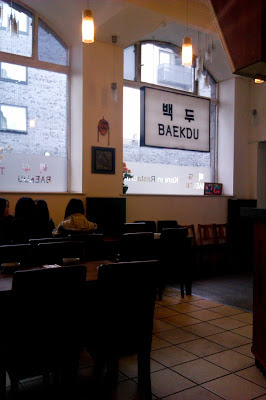 The perfect opportunity to visit Baekdu arose on the opening night of the new Superman film. Bailey had booked us in at the IMAX in the Printworks and we wanted somewhere nearby for a super quick bite to eat. Baekdu did fit the bill but we did tell them we were in a rush and they played a blinder, were great with the timings and had us in and out in 45 minutes. However we could have stayed longer and had a leisurely dinner if we'd wanted to - spot on. 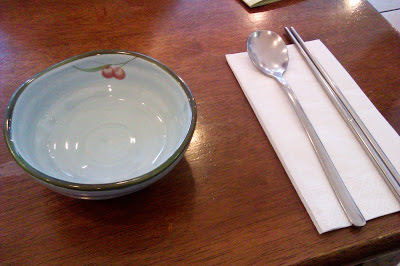 We started off with some drinks - a Korean green tea for me and a 'Cass Fresh' for Bailey. I liked the way my tea was served in a proper mug and although Bailey wasn't a big fan of his beer, I liked the way it reminded me of a Brahma. No, that's not the well known Brazilian bottled lager, that's the shifty Peruvian Brahma they used to sell at my corner shop in Lima. 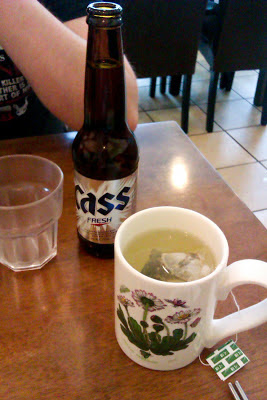 I'm not too familiar with Korean food but one thing I do know is that I blooming love kimchi, so when I spotted the Kimchi Pancake on the starters menu it was a no brainer. This was awesome - quite hard to explain but kind of like a cross between a massive deep fried crumpet and a potato cake... in a very, very delicious way. The filling was nice and crunchy and the dipping sauce was mega salty; we devoured the whole thing in minutes, and not just because we were rushing to get to the cinema. 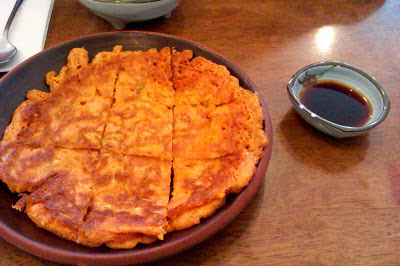 Bailey ordered the Fried Vegetable Dumplings and these also went down a treat. They were a lot less mushy and more rugged than dumplings we've had in the past which some people might have not been to keen on but we loved them. 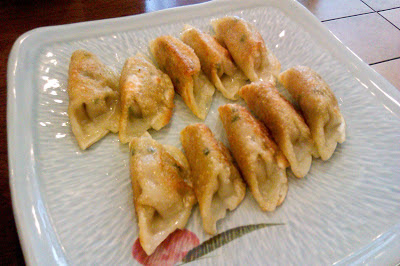 Bailey's main was the Jabche which consisted of pan fried Korean vermicelli with mixed veggies and seasoned beef. 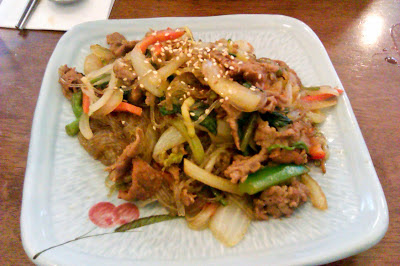 Bailey was once more a happy man with this main course - he loved the noodles which were sort of like gelatinous glass noodles and found the meat and veg to be well cooked and very satisfying with a nice sweetness to them. 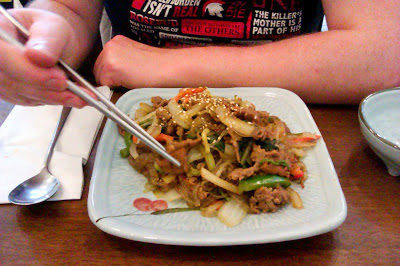 My main was the Sundubu Chi-Ge which sounded good to me as a stew containing all my favourite things - tofu, egg and seafood. This made quite an entrance as it was bubbling furiously. 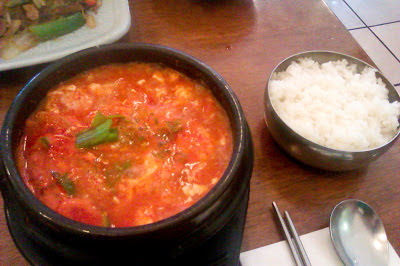 This was a pleasant little number with lots of soft tofu, tasty little prawns and some nicely cooked squid in a fishy, spicy sauce but my gut instinct was that there were definitely some better dishes on the menu than this one and I look forward to trying a few other things on future visits. 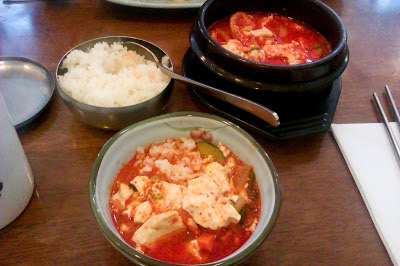 As I say we were in and out of Baekdu in less than an hour, so not much time to soak up the atmosphere but we were very pleasantly surprised by the whole experience. The place is much more inviting than This & That; there are a few more 'frills' in the form of nice matching bowls and fancy silver chop sticks. There was also a good buzz in the air as most tables were full with a steady stream of people arriving. Service was efficient and friendly and we thought the whole meal was excellent value. I'm already planning my return visit, I know my dad Roy Morris will love this place. I can't wait to go back for some more Kimchi Pancake! 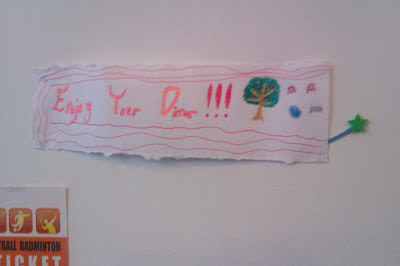 Posted by Jules at 10:54 AM
Email ThisBlogThis!Share to TwitterShare to FacebookShare to Pinterest