I was overjoyed to hear the news that me old mucker @pandahatjen had a new job in the Northern Quarter. Geekily, one of my first thoughts was 'I will be able to meet up with her for lunch when I'm on school holidays'. Well last week we decided to do exactly that. I had heard that since Jeni had started her job she had developed a little Pancho's Burritos habit so this was to be the venue for our first half term meet up. 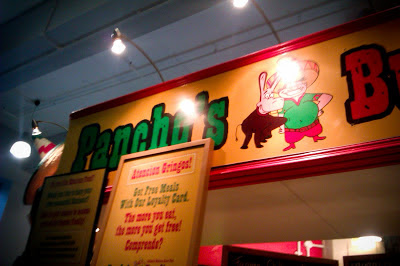 It's not just Jeni that is into Pancho's, I've heard from countless sources that they serve 'the best burritos in Manchester' and that if you go anywhere near Barburrito you're a fool. Another selling point for me is that Pancho's can be found in the Arndale Food Market - one of my fave places for a quick bite to eat with all sorts of goodies on offer, you can even have a pint at the micro-bar!! 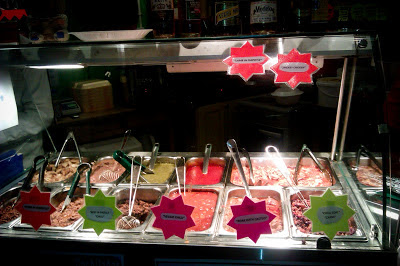 I loved meeting the charismatic Mexican owner (is he Pancho? Apparently not - Enrique, according to their website) who seems to be an intense character and very passionate about the food. When Jeni ordered her usual Vegan Burrito, he looked her right in the eyes and said "Today I recommend you the guacamole... Vegan." I couldn't help but chuckle - Enrique, you are a legend. 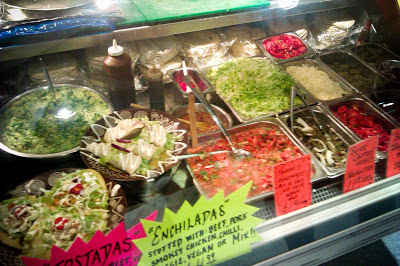 I tried to order the Veggie Burrito but Enrique sensed I was hesitant. As he had done for Jeni, he looked deep into my soul and recommended the Veggie Enchiladas. I'm not one to argue with a recommendation from a legend like Enrique so happily accepted. What a good choice these were, just watching them be made was half of the excitement - each tortilla was toasted then dipped in a coriander-tastic (very) spicy (beware hot food wimps) salsa verde before being filled with delicious veggies, beans and cheese. It was then topped with a load of crunchy fresh salad and a mother of a jalapeño. It all tasted amazing and very authentic, not that I've ever been to Mexico but I WILL so there. I should add it was also a bargain at £4.99. 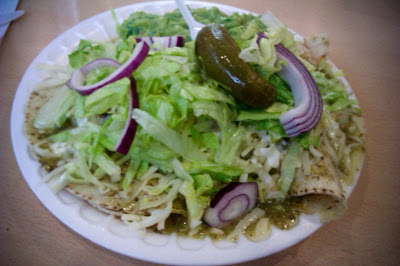 Jeni's burrito was apparently spot on as usual, she snarfed it down at an impressive speed before proudly proclaiming "Now you know how fast I can eat a burrito." 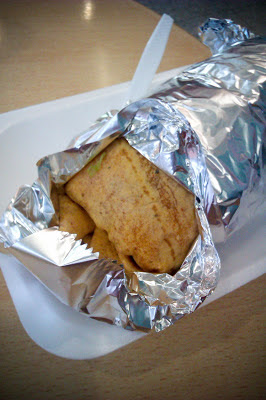 I am so glad I now know what all the fuss is about with Pancho's Burritos, I will definitely be going back there to try more of the menu - there is absolutely loads to choose from and you can even get the party started with a tequila to liven up the afternoon at the office. For me it is absolutely no wonder that Jeni has almost filled up her Pancho's Burritos loyalty card, if I worked in the NQ I also wouldn't be able to stay away. However, as good as the food may be, it's Enrique who really stole my heart. I think next time I won't bother ordering anything, just get him to look into my eyes and tell me what I want for my lunch. 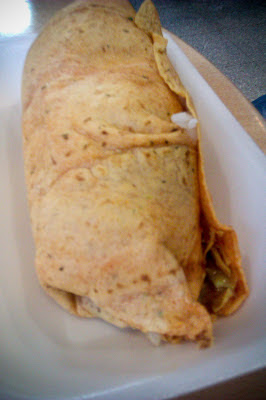 Posted by Jules at 8:16 AM
Email ThisBlogThis!Share to TwitterShare to FacebookShare to Pinterest