I am not one of these ladies who is a fan of Gok Wan. I've never wanted his opinion on how to look good naked and to be honest, he does my head in a bit. However, when I started hearing that Gok had done a Chinese cookery show that was actually really good, I decided to have a peek, just to see what the fuss was about. And whaddayaknow, it was indeed a rather good telly show. Not only did the food look ace, I even quite liked Gok in it (apart from his constant use of the phrase "Wok on", which I chose to ignore), he seemed to actually care what he was talking about for once. I liked it so much in fact, that I might have let it slip to Santa that I fancied a copy of the book for my Christmas present. 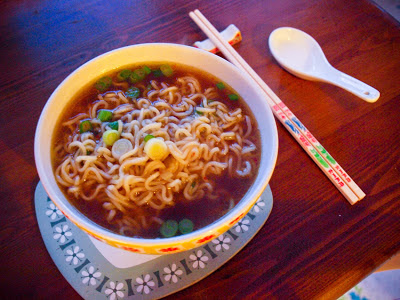 Gok Cooks Chinese is a lovely book (bar the page where he is pictured eating noodles doing a variety of inane poses) and was the perfect Christmas present as the recipes are simple, healthy, clean and inexpensive to make. January was looking pretty bleak, we had no money and I was feeling bloated and fat, but we made it through to payday with the help of Gok. 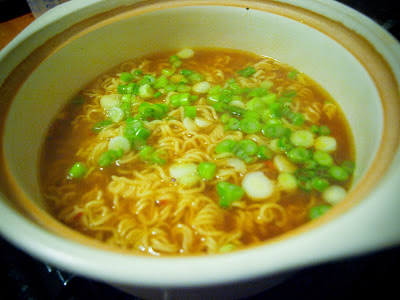 My favourite recipe, yet the most simple, was the Easy Traditional Noodles. Gok says: "If this dish had arms it would wrap itself around you and give you a huge hug". Bloody Gok, but it's true! I started to make this dish all the time and I'd made it so many times that it did start to evolve a little bit - I decided to make it a bit more spicy, a bit more garlicky and a bit more soupy and I also prefer the spring onions to be a bit softer so give them a bit of 'steaming' time at the end but other than that it's quite faithful to the original recipe. We've also experimented with loads of different types of noodles from various Manchester Chinese supermarkets and our favourites are by far those cheap EZ-Cook ones you get in the bumper packs, but you could use any really. 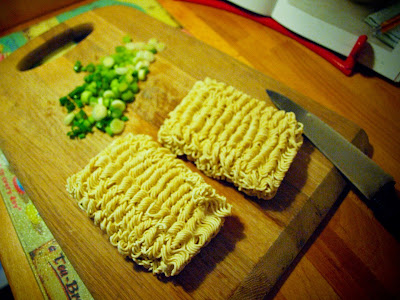 So this Easy Noodle Soup is now one of our favourite cheap dinners, it takes no time at all to make, it fills you up and is quite low calorie I'd have thought, although maybe a little short on the 5-a-day but never mind. Gok, you may be a bit annoying but you know how to write a cracking cookbook! 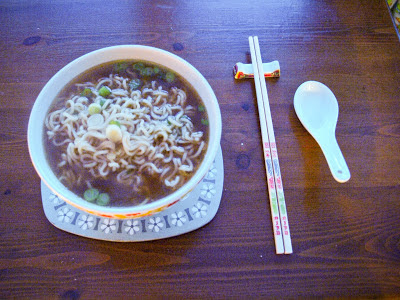 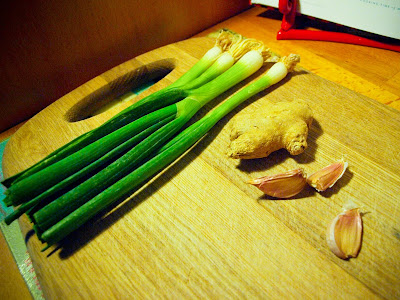 Peel and finely chop the garlic and ginger. Add the chicken stock to a large Chinese soup pot and add the garlic, ginger and chilli flakes to the stock. Put the lid on the pot and bring the soup to the boil over a fairly low heat. 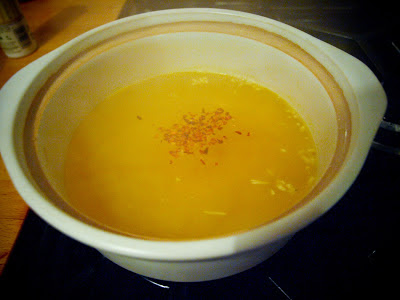 Once the soup has started to boil, add the noodles and put the lid back on the pot. Cook the noodles for three minutes. 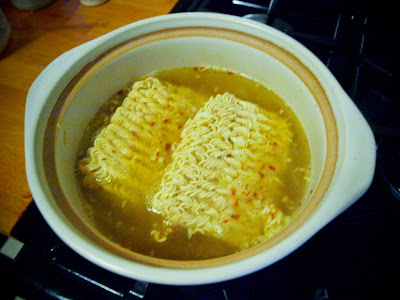 Meanwhile, finely chop the spring onions. After the three minutes, add the soy and oyster sauces to the soup, stir and turn the heat off. 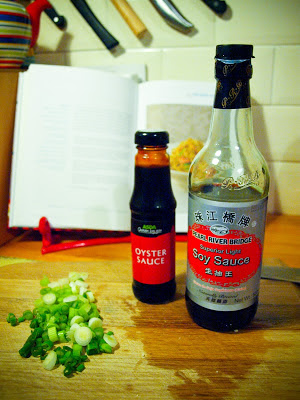 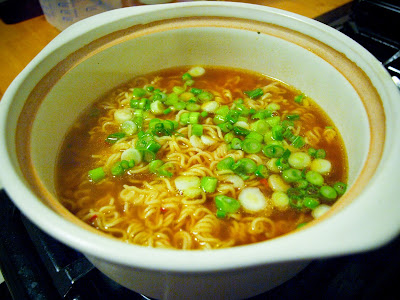 Posted by Jules at 2:36 PM
Email ThisBlogThis!Share to TwitterShare to FacebookShare to Pinterest