A few weeks ago we were celebrating my birthday with what I hoped would be an ever so classy tea party. While it was a lovely affair, I'm not sure 'classy' was quite the right word as I did end up drinking red wine out of a tea cup and being a bit rowdy. Well, at least I tried. 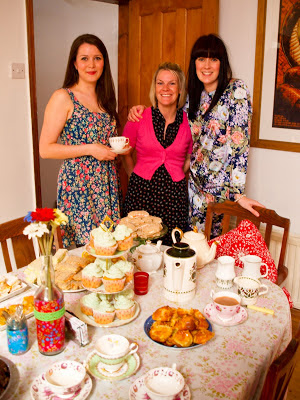 Bailey was mostly in charge of the food and an excellent job he did, whipping up all manner of delights including several cakes, finger sandwiches, brownies, scones and even a batch of Alain Ducasse's Gougères (these were my favourite). 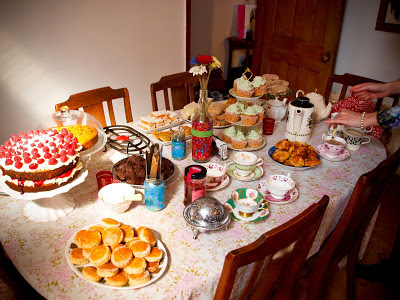 My only job for the day was to whip up a batch of cupcakes. As many of you will know I am surely the world's biggest fan of The Primrose Bakery and I decided to go for a batch of Green Tea Cupcakes - one of the very few remaining cupcake recipes of theirs I am yet to make. 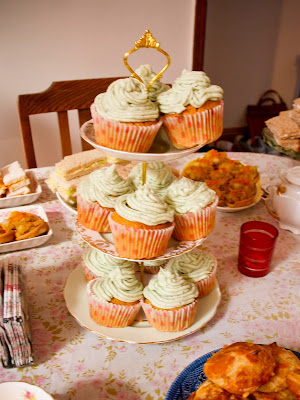 These were a cinch to make especially using my Aldi bargain food mixer. What was even more fun than baking the Green Tea Cupakes however was taking the leftover ones to a gig later that night and giving them out to people there like some kind of cake fairy, including the band who gave me a free CD in return. I might always take cakes to gigs. 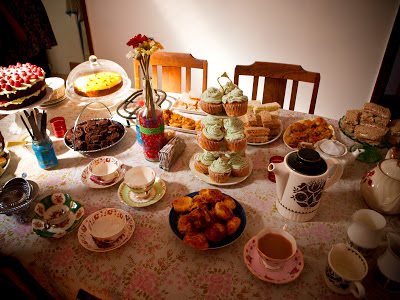 I generally got good feedback on the cupcakes, although the man on the bar at The Star and Garter wasn't a fan, I quote "Not my cup of tea, them. What's wrong with vanilla?". Can't please everyone I guess, I did like his pun so I'll let him off. 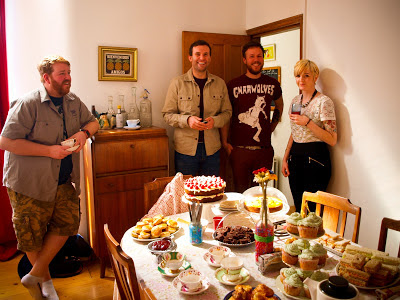 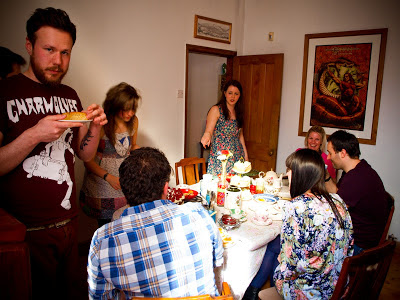 Start by heating up the milk in a saucepan until it's just about to reach boiling point. Remove the pan from the heat and add the teabags. Cover the pan with clingfilm and leave in the fridge for as long as you can (we did it overnight). 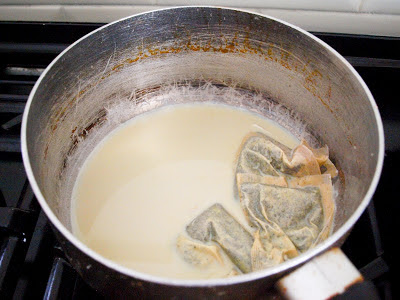 Preheat the oven to 180 degrees C / gas mark 4. Take the green tea and milk mixture and take out the teabags. Squeeze any milky goodness out of the teabags before throwing them away.

Next, cream the sugar and butter together until you get a light, fluffy consistency. 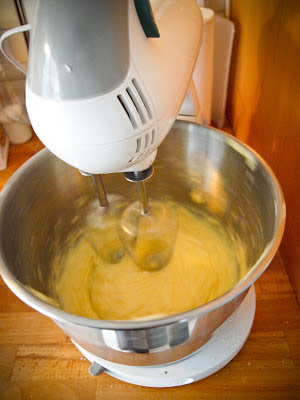 Add the eggs one at a time and mix after each egg has gone in. 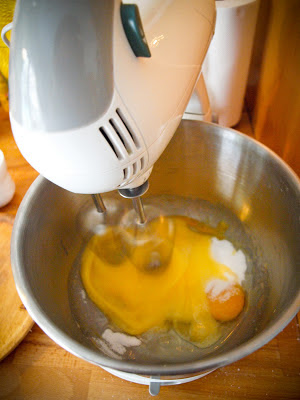 In a large mixing bowl, sift the two types of flour together. 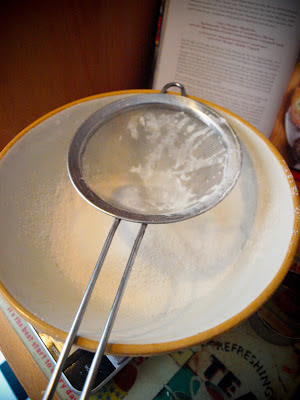 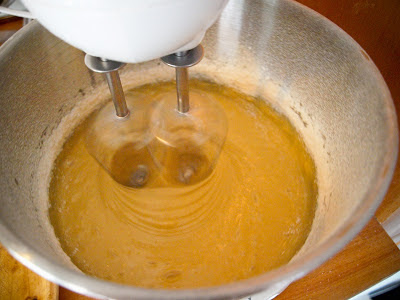 Line a muffin tray with cupcake cases. Add the cake mixture to cupcake cases until the cases are just over half full. 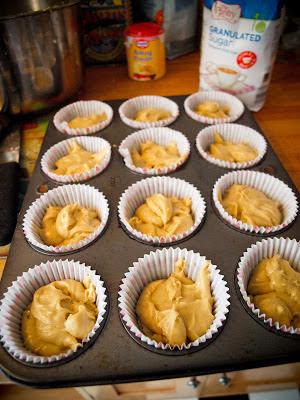 Put the cupcakes in the oven for around half an hour, or until they are golden and risen. Leave the cupcakes to cool in the tray for 10 minutes before taking out and cooling on a wire rack. 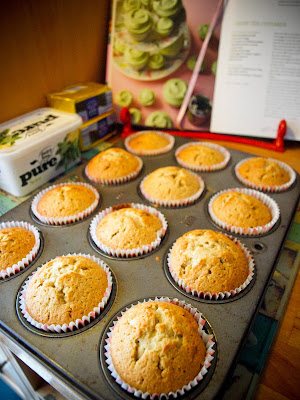 Meanwhile, make the green tea buttercream icing. Beat together the butter, milk, vanilla extract and half of the icing sugar. Gradually add the reamaining icing sugar once the icing is coming together a bit more. Split open the green teabag and add the tea to the icing. Add the green food colouring drops and stir well until you get your desired shade. 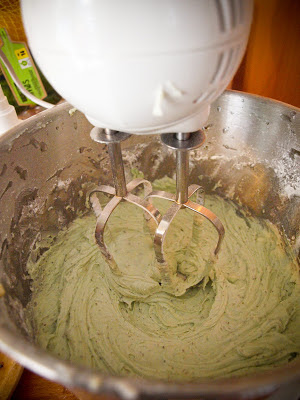 Pipe or spread the icing onto the cooled cupcakes and serve! 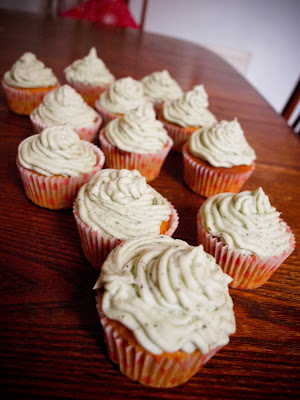 Posted by Jules at 6:07 PM
Email ThisBlogThis!Share to TwitterShare to FacebookShare to Pinterest