The love affair that Bailey and I have with Papa John's started way back in 2007 when we had our first holiday to Gainesville for The Fest 6. We ate a hell of a lot of pizza on said holiday. All of it good quality. Our favourites in Gainesville included Five Star Pizza (where Roger from Less Than Jake reportedly once worked), Leonardo's by the Slice (a truly excellent place) and Papa John's. We had a great pizza from there one night which resulted in us taking this frankly hilarious photo... 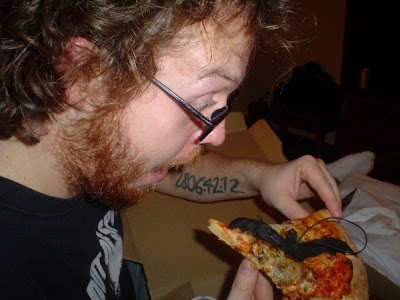 Said pizza was so good we had to have a quick post-pizza nap: a nap so good we slept through and missed the best ever Paint it Black house show which went down in history, but that's another story...

The love affair with Papa John's continued when I moved to Peru and discovered that there was a branch of the place just down the road from me. My housemate Jocelyn and I spent one of the most fun hangover afternoons there so when Bailey came to visit we were able to rekindle the love by ordering a takeaway which led us to acquire an awesome Peruvian Papa John's magnet which we still have on our fridge now! 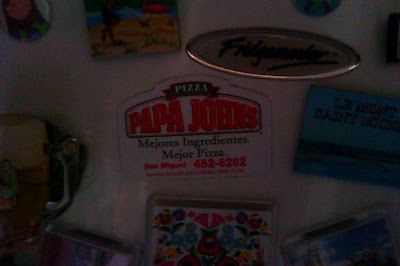 When we moved to Manchester I was going through Sale on the way to work one day when I spotted a branch of Papa John's. I didn't even know there were Papa John's in the UK so I was very excited! However this excitement soon turned into sadness when Bailey and I found out they didn't deliver to our area. We vowed that we would try to get our hands on a pizza from there one day but never got round to it. 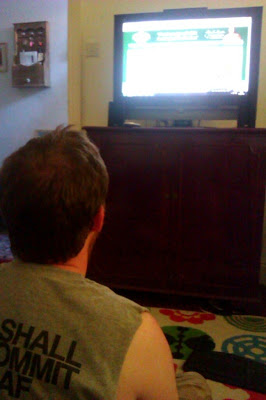 Then, joy of joys, just a few weeks ago we spotted a Papa John's opening in Fallowfield just down the road from us! We made a pact there and then that we would treat ourselves to a celebratory Papa John's on the day that we negotiated the moving date for our new house. This had been a long time coming so we were really excited about getting to eat a Papa John's (as well as the house obviously) when we finally agreed on a date the other day! 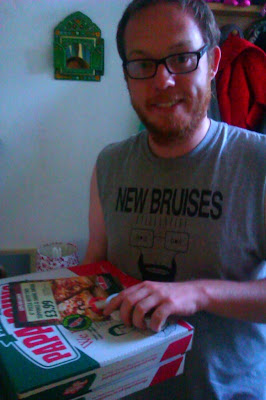 The time had come - Papa John's time! As it was a special occasion I told Bailey we would be eating it all civilised like, at the dinner table with a salad and home made wedges. We used the online ordering system which informed us of the Tuesday night buy one get one free deal. We couldn't believe it when our pizzas arrived in just under 20 minutes, I'd barely had time to make the salad! 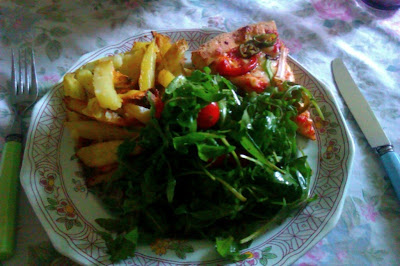 Bailey had ordered the Mediterranean Sausage Pizza on Authentic Thin Crust with a pot of the Sour Cream dip which had made our pizzas so delicious when we'd had them in the past. 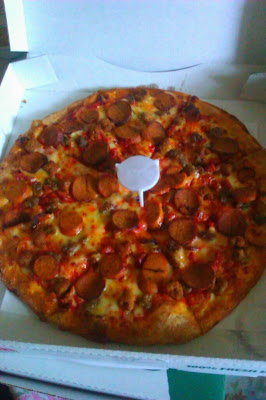 Unfortunately the Papa John's man rang me up pretty much straight away saying they were out of the sour cream dip... horror of horrors for Bailey! He chose the Honey and Mustard dip instead and they gave him an extra one free but Bailey was displeased with its mega sweet taste and was quite disappointed. However his pizza was really good, with a delicious flavour to the sauce and covered in just the right amount of cheese and toppings. He thought the quality of the meat far surpassed what he'd expected from a chain pizza place. The base was nice - soft and chewy but a little too blackened on the bottom and when Bailey finished my pizza off he said my base was much better and more puffy around the edges. We also both thought the bases were a bit too thick to be called "authentic thin crust" but lovely all the same. 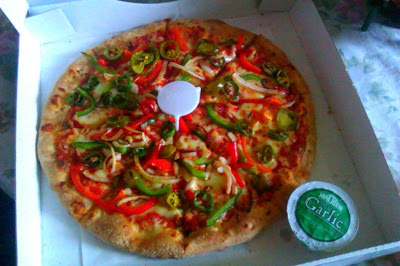 My Hot Pepper Passion pizza, also on Authentic Thin Crust was awesome and had it not been for all the wedges and salad filling me up I could have easily eaten the entire medium pizza and more. Bailey was absolutely spot on about the sauce - it was really lovely and rich with a unique flavour that brought back those Peruvian and Floridian pizzas flooding right back to me with one bite. I love jalapeños on pizza and along with the peppers I felt the toppings were still nice and fresh and crunchy. 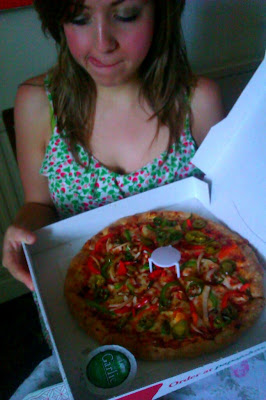 One thing I will never understand about Papa John's is why they serve that revolting Special Garlic dip with their pizzas - I've had discussions with quite a few people about it and I have never met anyone who likes it, in fact most people seem to be utterly repulsed by the stuff. I suppose there must be some people out there who will eat it otherwise they surely would have stopped giving it out, or maybe they even want it to be a bit of a talking point. I opened my pot to take a photo and the smell alone was enough to turn my stomach - please don't send it to me again Papa John's! 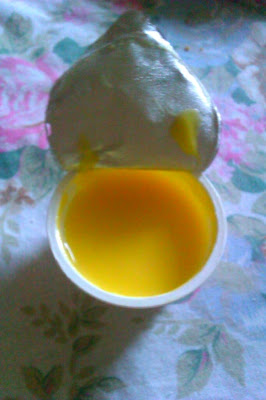 Other than the Special Garlic 'incident' Papa John's was great, although Bailey thought not quite as good as our experiences across the Atlantic. Still I think they are doing a fabulous job, I never order from places like Domino's and Pizza Hut as I prefer to support the local takeaways but Papa John's I definitely would order from again. We were pleased to read that the dough is fresh and never frozen and as I said before we were impressed with the quality of the toppings. I don't think we will order from Papa John's all the time as I don't want it to lose its 'mystique' with us but for special occasions definitely. First night in the new house methinks! 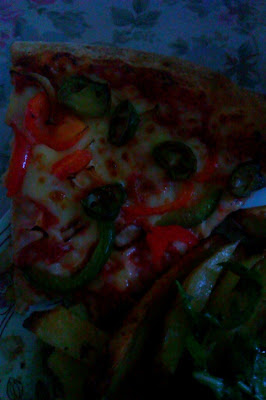 Posted by Jules at 5:50 PM
Email ThisBlogThis!Share to TwitterShare to FacebookShare to Pinterest