Birthdays are always a good source of inspiration for baking and on this occasion we had a very special little lady in the shape of one of our best friends Hannah Wiles. We were heading out for her birthday for booze in Manchester but prior to that we nipped round to her house for pre-boozing drinks. I didn't think that a layer cake would be easy to administer at the gathering and so wanted something that could be dished out or that people could grab whenever they wanted.  On top of that I wanted to bake something that I hadn't baked before and that was a bit different. A quick consultation with The Hummingbird Bakery's Cake Days book and we went for whoopie pies. 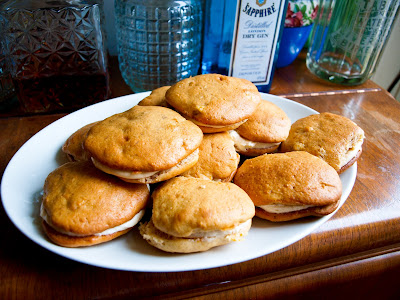 I had never eaten a whoopie pie before but I did know they were quite popular in the US of A and that they came in a variety of flavours. As I knew I would be making quite a few I decided to do two flavours (banoffee and carrot cake) and thought I would be a real clever clogs and split the basic mixture thereby saving myself loads of time. SPOILER it didn't really save me any time as the basic mixture is really easy to make, its the assembling, baking and filling that took the time END SPOILER. 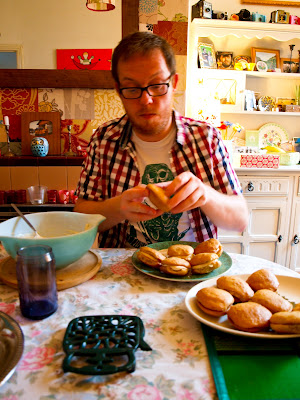 I won't bore you with two similar recipes so I'll just cover the more popular one here which was the carrot cake variation.  It isn't really a difficult recipe to be honest although they did come out looking a bit tatty as I was unsure how to handle the mixture, I have made them since and used a piping bag to dispense them on to the baking tray and they came out a lot better.  I've also upped the amount of spices that went in to the pies as my first batch were just a bit too subtle for my liking. 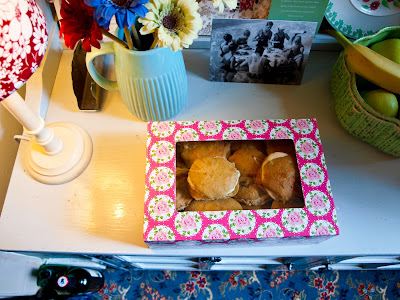 Even though they were a little rough around the edges I was really happy with how they turned out and they went down really well at Hannah's house.  It even prompted the question "How did you make these so good?" which I struggled to answer, I don't think there is a secret ingredient here so I'd really recommend people who fear baking to have a go at these. I think if I could get good results from the recipe then anybody could!  I'd also say looking at the ingredients these cakes might just be on the healthy side of the baking continuum. 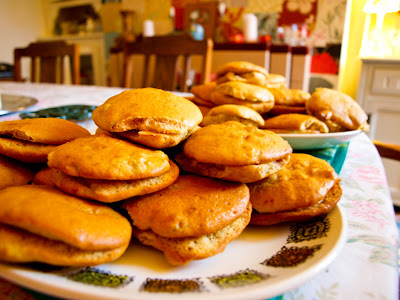 As I've now done them more than once and the second batch were a lot better than the first I'm going to make sure that I carry on working on these so that I can really perfect them.  The picture below is of my second batch which I made a lot more petite...

The first job is to whisk together the egg and sugar until pale and fluffy.  Mine went pale almost straight away and never got really really fluffy but that might have been because I wasn't using an electric whisk as recommended by the cook book. 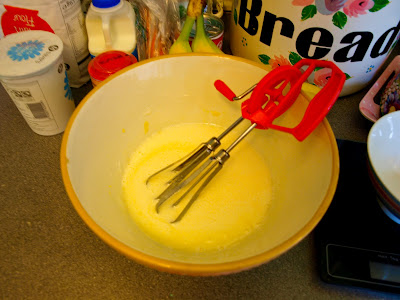 Mix the yoghurt, milk and vanilla together before pouring in to the whisked mixture.  Get the butter melted and then stick that in as well before mixing again until fully combined. 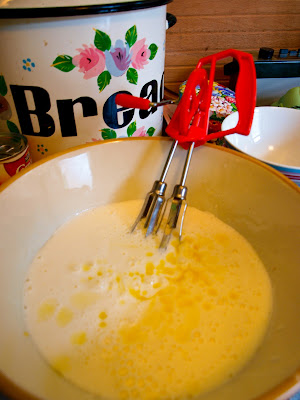 Get all your spices, flour, bicarb, baking powder and salt sifted and mixed then add to your batter mixture slowly mixing and incorporating as you go. 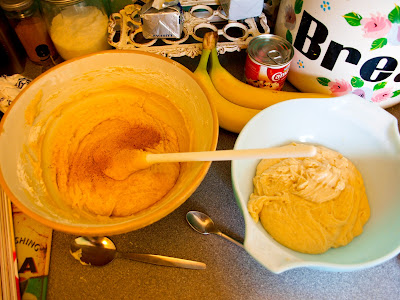 Tip the grated carrots into a colander and press as much of the moisture out as you can, if you don't its going to make your batter too moist so this is a step not to be skipped.  Add the carrots to the batter and mix.  The recipe said to mix by hand but as you will find the mixture is pretty sticky at this point so to avoid uneccessary mess I just used a spoon.  It seemed to work.  Once done put the batter in the fridge to rest for about 45 minutes. 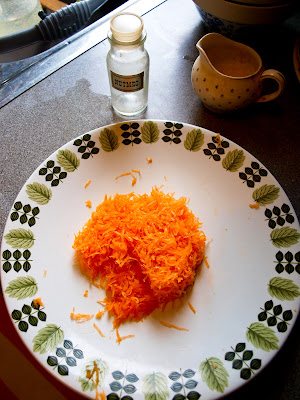 Get your oven on now at 170 degrees centigrade and line some baking trays with baking paper.  Once your batter is cooled you can try and spoon them in to nice round blobs but this is trickier than you might think so, as I said before you might be better off using a piping bag to get them on to the trays.  You should be aiming for about 4 cm wide mounds and make sure you leave about 4cm gaps because they definitely grow! 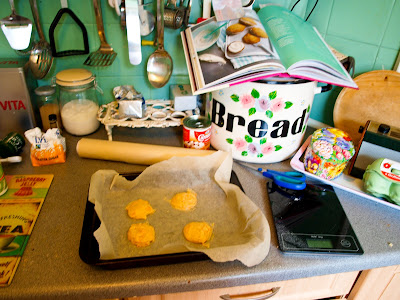 Bake them in the oven for around 12 minutes.  They should get a nice bit of colour on them but still be spongy to touch.  DO NOT try and take them off the baking paper until they have cooled otherwise you will end up with some broken pies. 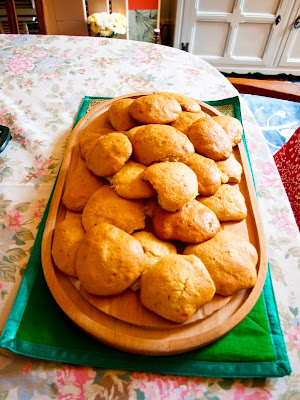 On to the filling which is super easy.  The hardest part will be tracking down marshmallow fluff, we couldn't get it in any of the major supermarkets and ended up finding it in Aldi of all places but I imagine you should also be able to get it fancy shops ala Waitrose.  It is also possible to make your own marshmallow and there is a great recipe in the Primrose Bakery book which can be adapted which is what I had to do the first time. 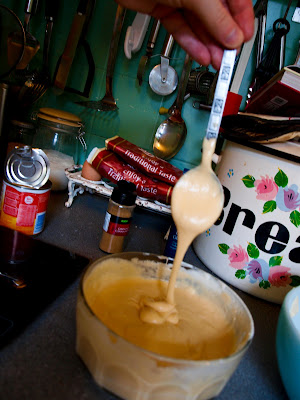 Mix together the butter, cinnamon and icing sugar until they are all combined.  Then add the marshmallow fluff and mix again until fluffy and light.  This will need a rest in the fridge  as well for about 30 minutes. 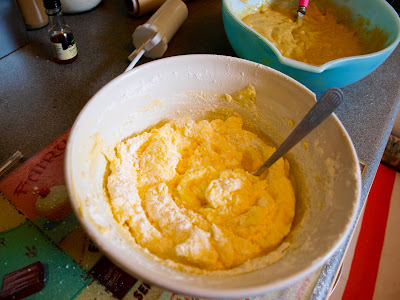 All you need to do then is assemble.  Again not as easy as you might think, the icing is a tricky beast to master and it takes some real care to get it off the spoon and on to the pie in a clean fashion.  I found the best way was to get a good splodge right in the middle of one of the pies then press the other half of the pie on which pushes the icing to the edges with a nice even distribution. 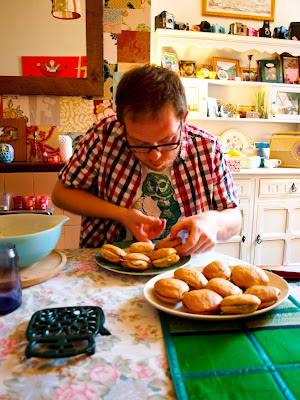 Posted by Bailey at 8:18 PM
Email ThisBlogThis!Share to TwitterShare to FacebookShare to Pinterest