Currently times are hard as we are saving up to buy a house, this means less gallivanting around eating out and more home cooking which is no bad thing really as we haven't tried any new recipes in some time. We had arranged to meet our buddies Beth and Dave to go out for a meal on a Saturday night but due to lack of funds we convinced them to pop round to ours for a tagine and a few cheeky glasses of wine. As they are both clued up about drinking (and we are not) we were happy to let them bring along the wine. Each bottle they brought had a story behind it and so before we had even tasted a drop we enjoyed hearing all about how they had been made, by who and how Beth and Dave had obtained them. 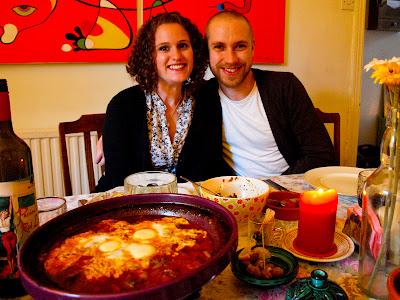 I have to say that Beth and Dave have really inspired us to think not only about what food we shove in our gullets but also the booze that goes with it. I've already made every effort to sidestep the consumption of mass produced, fizzy lager (also inspired by our trip to Brewdog Manchester) and we are going to carry on trying to educate ourselves about wine and asking more questions when we meet those people in the know. For now I will just say that the red wine we had on the night was definitely the best tasting I had ever had, each of the bottles had its very own unique set of flavours. 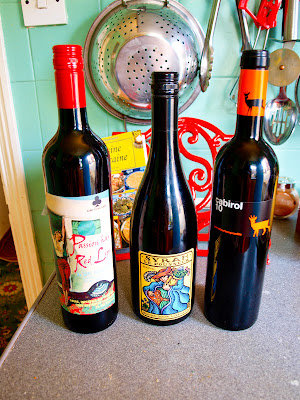 So on to the food. We went for something that we were comfortable cooking and whipped up a Moroccan mezze of Khobz bread, Zaalouk, chicken brochettes and a few other bits and bobs followed up by vegetable cous cous and a Kefta Tagine. When we were in Morocco we had a couple of vegetarian tagines but never got round to having this extra meaty version which includes spiced meatballs and eggs. 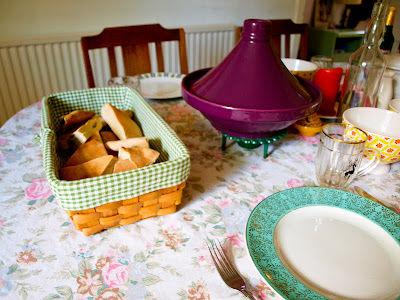 The food turned out pretty good, for once we kept it simple and so we had enough time to get everything done in advance of our guests arrivals. I think Moroccan food always packs plenty of flavour in and this set of dishes was no exception. My only complaint is that there seems to be a small sub-set of ingredients that go in to every single dish which does result in several dishes tasting pretty similar, I think next time we will plan our menu to involve a couple of different flavour combinations.

I really like cooking with the tagine for two reasons. Firstly its pretty hard to mess up, you stick the ingredients in and whack it in the oven for as long as you possible can and you pretty much always end up with a really rich stew full of lovely tender ingredients. Secondly people always go 'Oooooooh' when you bring the dish through and lift the lid while bucket loads of steam and flavour particles billow across the table. 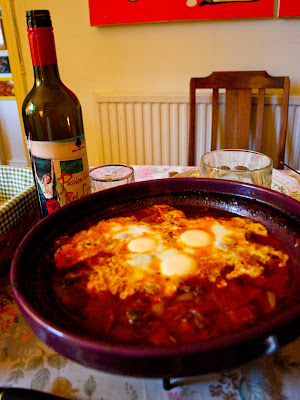 Two things that didn't work so well with the tagine this time was the eggs (I put them in a bit early so they were too well done when they got to the table) and I'd added too much liquid to the sauce which mean it wasn't as thick and stew like as I would have liked. 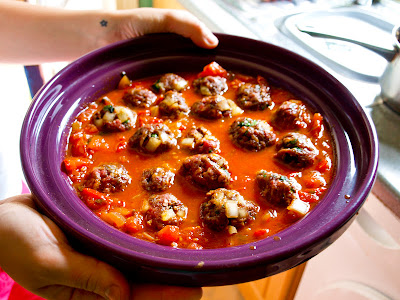 All in all though I was really happy with it and even if the food had been a real dogs dinner when it was paired with such amazing wine it was still going to be a winner. Once the main course was out of the way we still had a fair amount of wine to shift alongside the traditional Moroccan biscuits that Jules had cooked called Ghoribas. 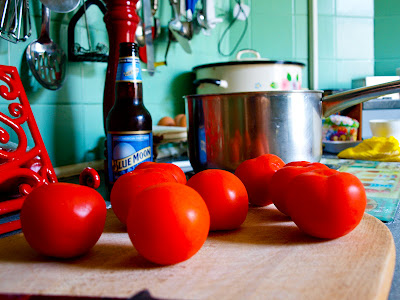 Chop the tomatoes and onions up and stick them in a large saucepan with your paprika, cumin, salt and pepper. Add a few drops of hot sauce to your taste, we of course used The Rib Man's Holy Fuck. 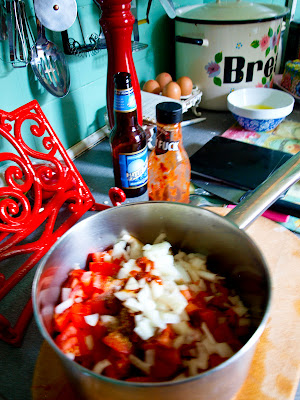 Chop up the coriander and add this to the saucepan along with the oil. 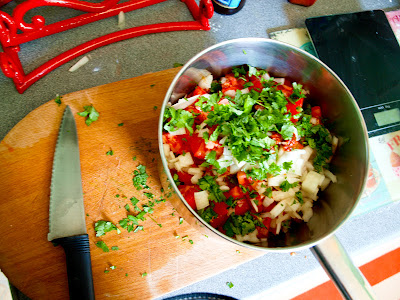 Put the pan over a medium heat and bring to a simmer then leave for about 20 minutes. 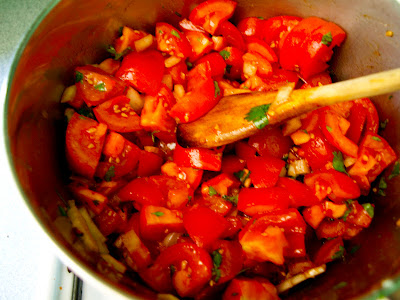 While the pan is simmering, get on with your meatballs. Chop the onion and put in a bowl with the beef, spices and seasoning then chop the coriander and add that too. 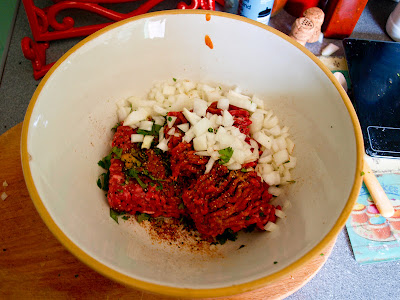 Using your hands, make small meatballs out of the mixture and refrigerate these until it's almost time for you to eat. 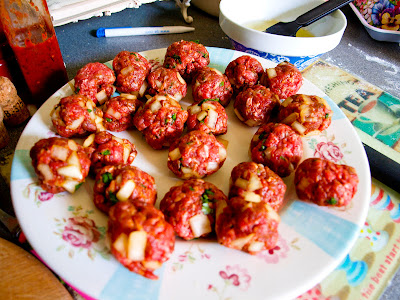 About an hour before you're planning to eat your dinner, get the tomato sauce mixture into your tagine then put your meatballs into the tomato sauce evenly spaced around the base of the tagine. 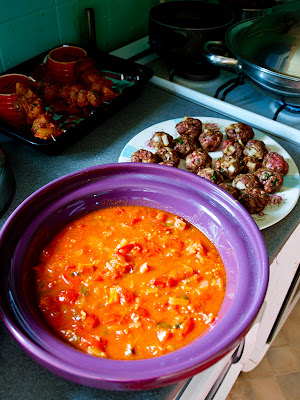 Put the lid on the tagine then put the whole tagine in the oven at 200 degrees C and leave until the meatballs are cooked through and the sauce is rich. When you're happy with the sauce, crack the eggs onto the top of the meatballs and put the lid back on. Cook in the oven for around 5 minutes until your eggs are cooked to your liking, I went overboard on mine and they came out way too well done. 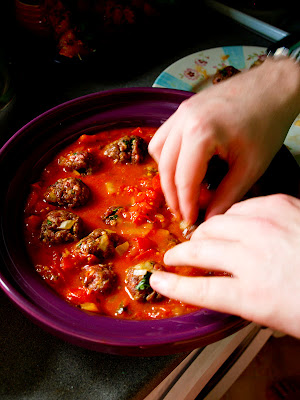 Posted by Bailey at 4:20 PM
Email ThisBlogThis!Share to TwitterShare to FacebookShare to Pinterest