Over the half term holidays we had Iain, Dani, Tom and Heather over for a Japanese dinner party. I have really gotten into Japanese food lately and here in Manchester I have loved going out for a good Kyotoya or Samsi, but after my sushi class I really felt like I wanted to have a crack at making some different types of Japanese dishes. Tom and Iain both assured me that they and their respective partners love Japanese food so what better occasion for me to have a good go at making a load of stuff! 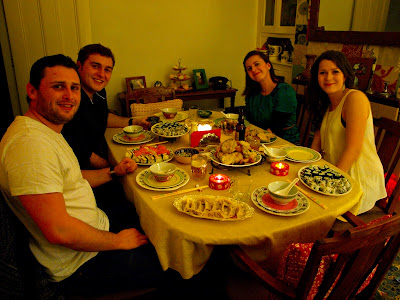 We ended up doing three courses: the first consisting of Sushi, Tempura and Gyoza bits to nibble on, the third a Chicken (Quorn for me) Katsu Curry. The second was the one I was most nervous and excited about at the same time was the second course of Nabe that I was planning to make. 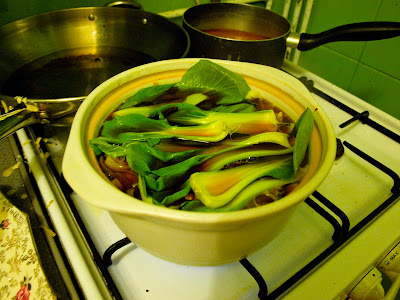 Inspired by the amazingly delectable Nabe Tofu I had at Kyotoya, I really wanted to get my own little Nabe pot for making all sorts of Japanese noodle soups in future and to try and come up with a stock that would literally make me go "Ohhhhhhh!" again (this was the noise of pleasure I made when I first tasted my Kyotoya Nabe - a good noise to make I think!) 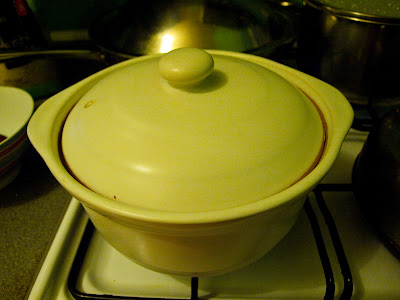 So my Nabe adventure actually began at Hang Won Hong Oriental Supermarket in Chinatown the day before our dinner party where I picked up a Nabe pot as well as some lovely china little bowls, china soup spoons for slurping, chopsticks and china chopstick holders. 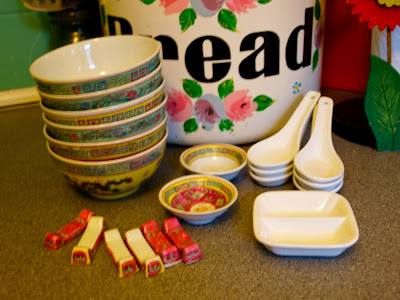 I was really excited about my Nabe pot but also about laying the table with our new stuff - which Bailey ended up doing beautifully. Although our dining table ended up as a weird mix of Chinese crockery and our usual vintage stuff it looked great. 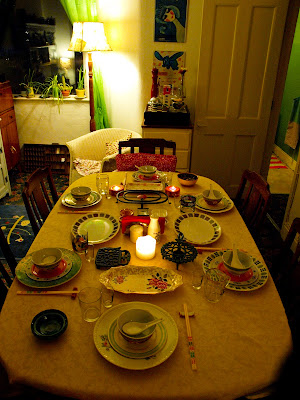 In terms of ingredients I had literally no idea as I really didn't know anything about what it is that makes Japanese food so darned yummy. So I had a really good read of loads of different Japanese cookery sites and learned all about making a soup stock out of Dashi and Sake and the types of ingredients you can use. I decided that as it was my first attempt I would buy some ready made Dashi Soup stock but maybe next time I will try to make my own as it sounds quite easy and fun. I also decided to use some yummy dried Shiitake mushrooms to make it taste more Japanese and also because I thought if I used real mushrooms they might release a lot of liquid and affect the flavour of the stock. I also decided to use Udon Noodles because they are more exciting due to the fact they are mega fat. 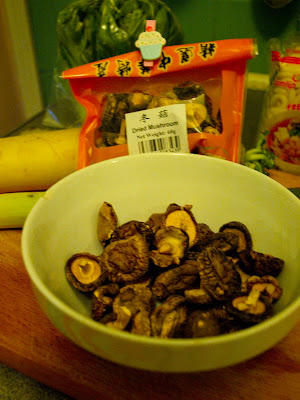 Well, the cooking of the Nabe really couldn't have been simpler. I really think I will be whipping Nabes up for quick weekday meals in future as it really was quick and simple. I was a bit worried at first as I really thought the dashi smelled awful but as soon as I'd added a bit of soy and a chicken cube (yes I am the worst pescatarian ever!) it tasted (and smelled) much better.

The end result was a very lovely looking Nabe with lots of flavour and lovely textures - I particularly liked the fat, chewy Udon Noodles. I think I overcooked the Pak Choi a little so have reduced the cooking time in the recipe below. I think our guests enjoyed the Nabe although it was quite difficult to eat and two of our guests were wearing white tops! Although the broth wasn't quite "Ohhhhhhh!" it was quite yummy and I am looking forward to having another play with the recipe. May the gorgeous Nabe pot live a long and prosperous life in our possession! 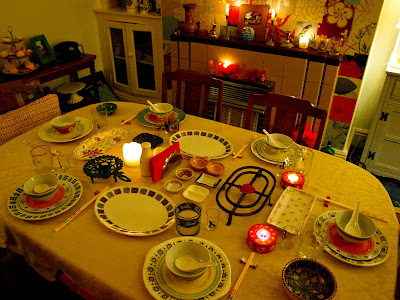 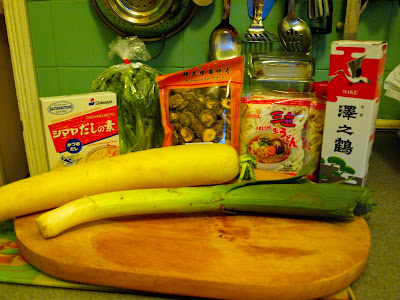 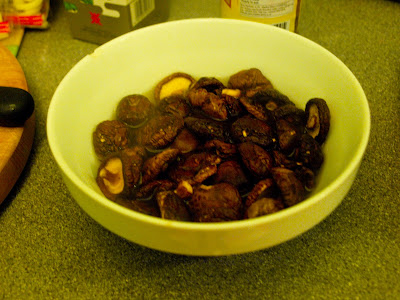 Sprinkle the dashi powder into the nabe cooking pot and add the water and sake. Put the lid on the nabe and bring to the boil. 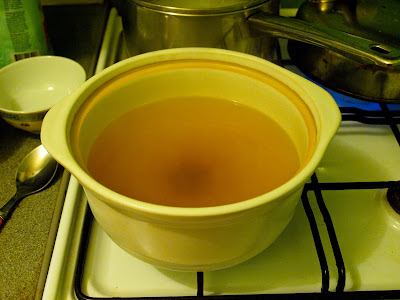 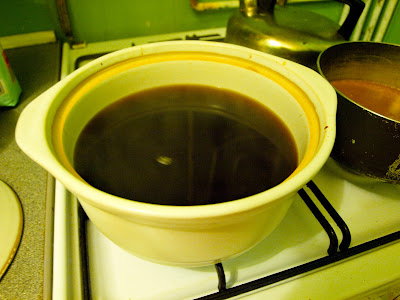 Thinly slice the mushrooms and finely chop the leek. 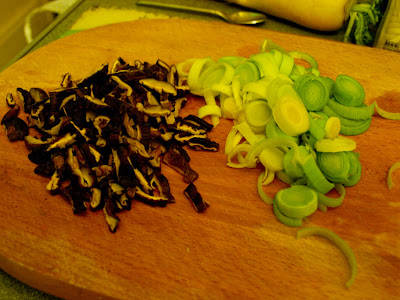 Add them to the nabe and cook over a low heat until softened with the lid on. 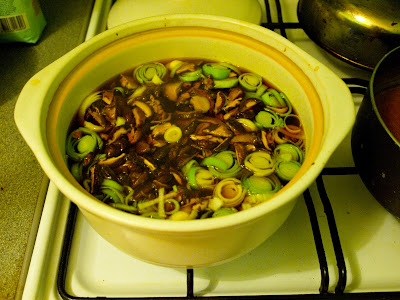 Now add the udon noodles to the nabe and cook for around 3 minutes with the lid on or until the noodles are softened. 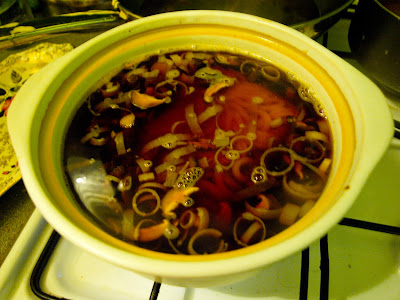 Add the pak choi to the nabe and cook for 1 minute with the lid on before serving. 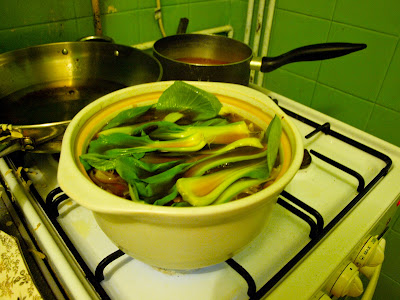 Posted by Jules at 6:52 PM
Email ThisBlogThis!Share to TwitterShare to FacebookShare to Pinterest