On Sunday our friends Hayley and Keiran came over for lunch. As they are probably our most classy of friends we wanted to make them something really nice. They are a tough crowd for us as Hayley is quite the dab hand in the kitchen herself. We knew we had to steer clear of Italian as Keiran's nan is Italian and famously makes the best Italian food ever. Eventually we decided we would go with the old classic - French! 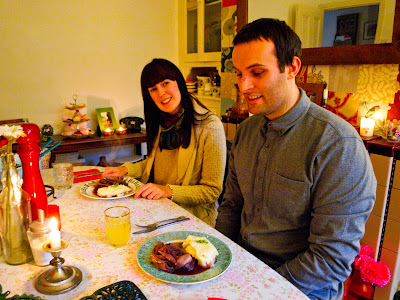 The menu we decided on was Tartiflette for starter, Coq au Vin for main and Tarte Tatin for dessert. Quite simple but nice and pretty difficult to mess up. 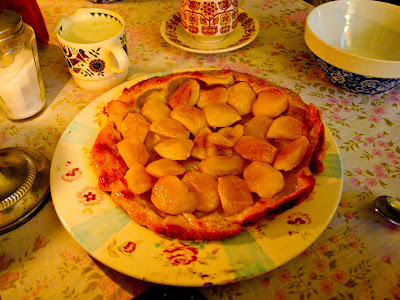 We were actually dead pleased with how everything turned out. There were a few things not quite right, such as the Tarte Tatin ending up as the most sticky thing in the world (but still tasty) and also looking quite messy, also the sauce on the Coq au Vin was a bit watery (but still tasty)... but in general it was a yummy lunch even if we say so ourselves. 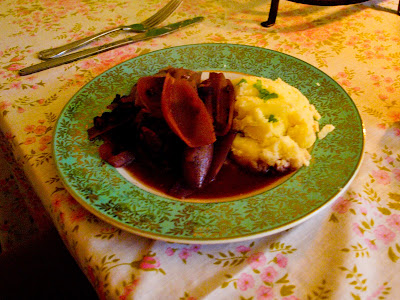 Our favourite thing was the starter of Tartiflette. It was really different to the Tartiflettes we've had before - it was kind of a healthy version of Tartiflette because we didn't use any cream in it and substituted this for a bit of white wine and natural yogurt. This was pretty good though because the last time we made Tartiflette for my parents we used loads of cream and the result was a mega heavy, calorie laden dish that made us all feel really bloated and apparently stopped Roy Morris from falling asleep (actually unheard of). 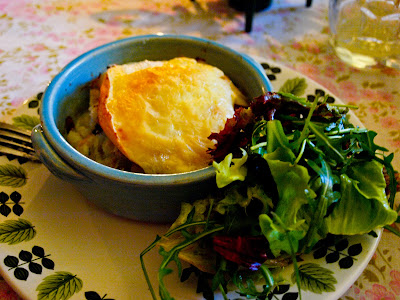 Despite the lack of cream, it was still rather authentic as we did manage to get our hands on a petit Reblechon cheese from Saino's in Fallowfield. 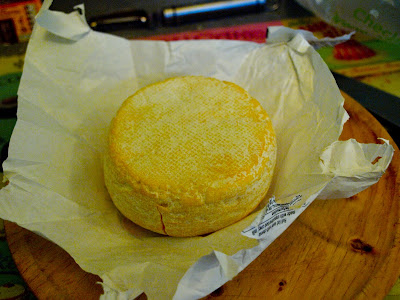 The wee cheese, although not as intensely pongy as the Reblechon we brought back from Paris (on the Eurostar. In the month of August), was actually the perfect size to go in our little oven dishes ready to be baked in the oven. 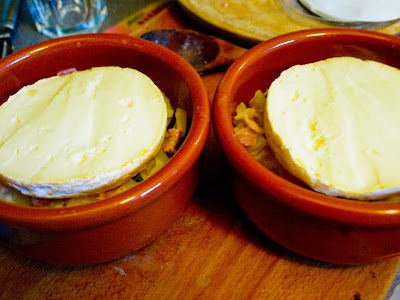 We were really happy that Hayley and Keiran were both very complimentary about the Tartiflette and kept saying how nice it was and both ate it all up! Score! 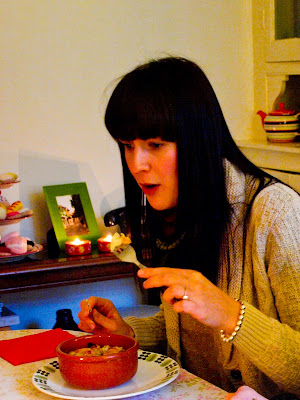 In fact I would say the French meal got us one of our best compliments yet: "best home cooked meal we've ever had". Yeah. Boy. 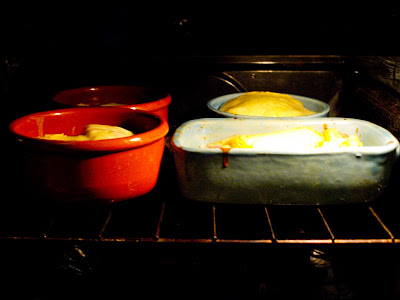 Preheat the oven to 200 degrees C. Peel the potatoes and slice into circles of around half a centimetre. Boil the potatoes for around 15 minutes in a pan of salted water, before draining and leaving to cool a little. 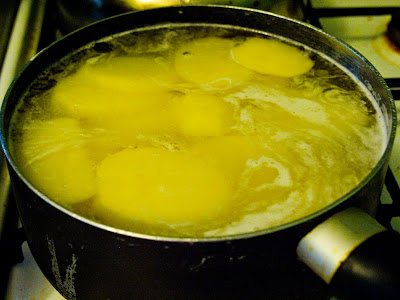 Meanwhile, peel and chop the onion, cut the bacon into small lardons and finely chop the garlic. Heat up a frying pan and add the onion, garlic and lardons to the pan, along with the leaves from the thyme stalks and fry until softened. Add the white wine to the frying pan and allow to cook over a low heat for a few more minutes. Season to taste. 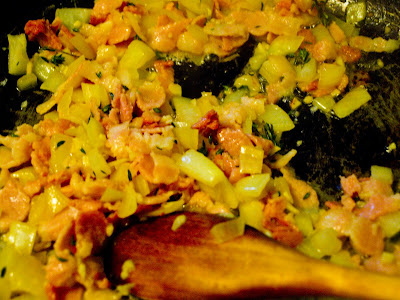 Meawhile, take the potatoes and arrange half of them in individual oven dishes or one big one, keeping the rest to one side. 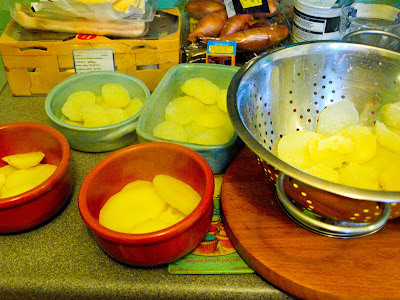 Take the frying pan off the heat and stir in the natural yogurt. Pour half of the sauce over the potatoes. Layer on the rest of the potatoes before pouring the remaining sauce over the Tartiflettes. Season again to taste if necessary. 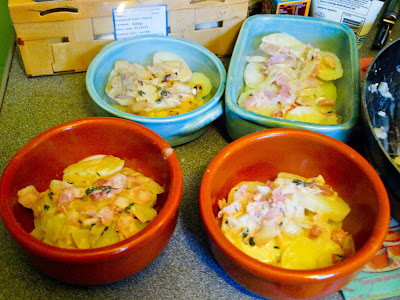 Cut the Reblechon into quarters - but horizontally. 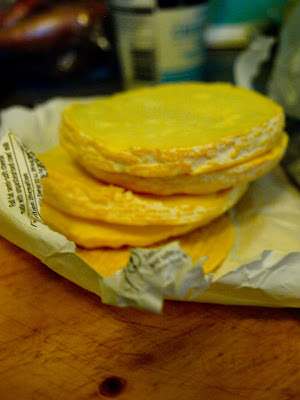 Top the Tartiflettes with the Reblechon cheese. These can be made in advance and placed into the hot oven around 30-40 minutes before serving. Bake for 30-40 minutes or until the cheese is golden and bubbly on top. Delicious served with salad and fresh French baguette. 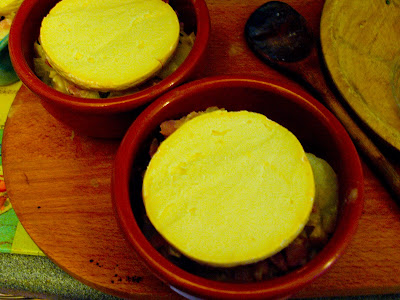 Posted by Jules at 8:43 AM
Email ThisBlogThis!Share to TwitterShare to FacebookShare to Pinterest