As part of my Christmas present, lovely Bailey bought me a sushi making class at Samsi Spinningfields. What a great gift! 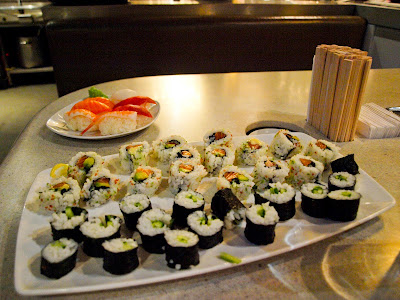 Some of you may know from our previous Sushi Adventures that I'm no sushi novice, but I was really excited to see how it's done properly and get some feedback from the experts. I was a little nervous on my way to the restaurant but was put at ease immediately when I was presented with a delicious bowl of hot Miso Soup on arrival. Then I met my, shall we say, 'sushi mentor' who was so nice and a massive joker. 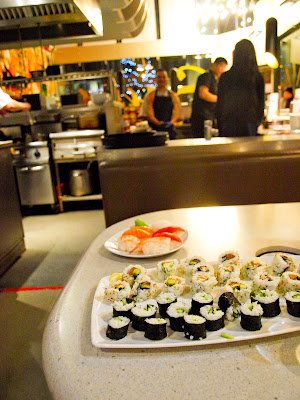 The sushi class was really useful and I learned how to make Maki - with the nori on the inside as well as on the out, and Nigiri. The chef gave me some really useful tips, including why you should always use special sushi vinegar and Japanese mayonnaise - he got me to taste them both on their own and both these things really do have a unique flavour! 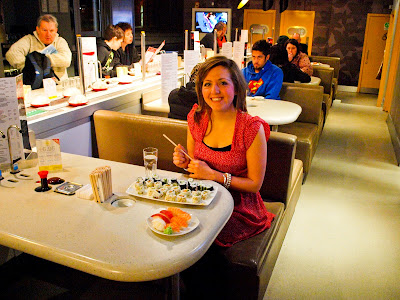 Turns out Bailey and I weren't doing so badly with the old sushi before, but I did also learn that when making Maki we were using our sheets of nori at double the size we should have been and therefore double the amount of rice, hence the reason they were so big! I much preferred the dainty wee things I made at Samsi anyway. 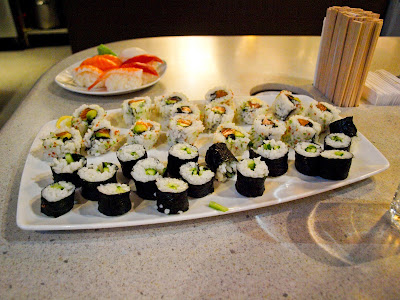 After preparing the sushi, I was told to take my enormous plate to a table (or my "din-din" as the chef kept referring to it as!) and go and eat it all. Woah! I tried my best to pop it all in but had to admit defeat and asked for some tupperware. Probably for the best as I don't think Bailey would have been impressed if I'd come home empty handed. 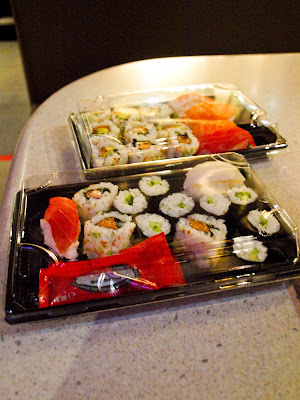 Anyway I can honestly say that the sushi class at Samsi was absolutely loads of fun and I really felt good after the class, like I had done something really great. I am really grateful to Bailey for thinking of such a fun Christmas pressie for me. I would wholeheartedly recommend a Samsi sushi class to anyone, and at £25 they're a bargain really, particularly when you think how much nosh you get at the end! Lovely stuff!

Posted by Jules at 7:47 PM
Email ThisBlogThis!Share to TwitterShare to FacebookShare to Pinterest