Last Sunday I was desperate to try out my new Aldi food mixer that lovely Bailey had snapped up for me on a recent visit - an absolute bargain at a mere 35 quid. I decided I would try out an intriguing recipe from the Primrose Bakery - the unusually-named Afghan Biscuits - apparently a popular treat in New Zealand and Australia. 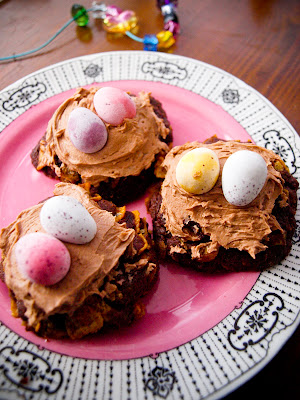 Apparently no one knows why these bad boys are actually called Afghan Biscuits, although I do like the theory that they are named after those funny afghan hounds. Whatever the origin of the name may be, these are no ordinary biscuit - they are so rich with butter and chocolate that the texture is very crumbly and dense, almost like a cross between a super chocolatey brownie and a biscuit. They also contain cornflakes! 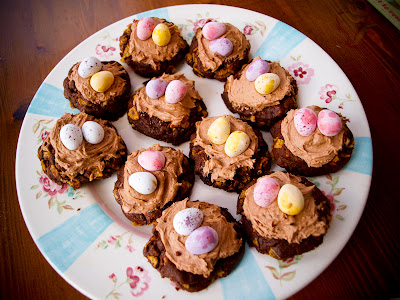 I decided I would make a few tweaks to my Afghan Biscuits to make them more Eastery - firstly replacing the walnut halves on top of the biscuits with a couple of my all-time favourite Easter treats - Mini Eggs. You can't beat a Mini Egg. Secondly I replaced the dark choc in the buttercream with milk choc. Finally, Bailey's face lit up at the suggestion of using Crunchy Nut Cornflakes in the biscuits, as this would mean he would have a box of Crunchy Nut Cornflakes, a.k.a. crack, in the house. 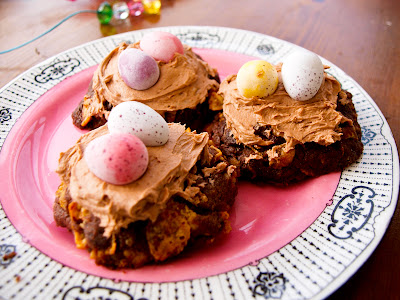 As the mixture for Afghan Biscuits is very buttery with no other 'moist' ingredients, my Aldi food mixer was really put to the test, but it fared very well and I ended up with a really nice biscuit mix. It also made the most lovely light and smooth buttercream I've ever managed to make at home. Good old Aldi - what a bargain. 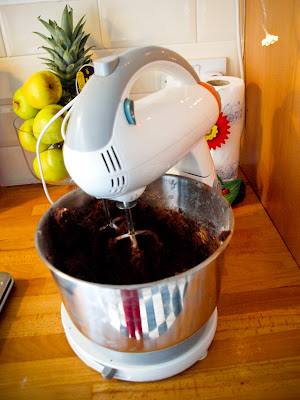 And as for the Afghan Biscuits, well they went down a treat. Bailey gobbled his plate up in a matter of moments and the plate I took into the staffroom soon disappeared, despite me forgetting that loads of people at work had given up chocolate for Lent and I got lots of requests for the recipe! 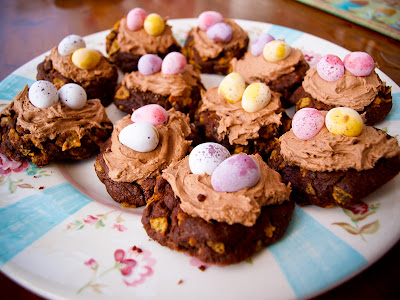 Preheat the oven to gas mark 4 / 180 degrees C. Cream the butter and sugar together until fluffy. Add the flour and cocoa powder gradually - as there are no wet ingredients  the mixture is quite dry so it may take a while. 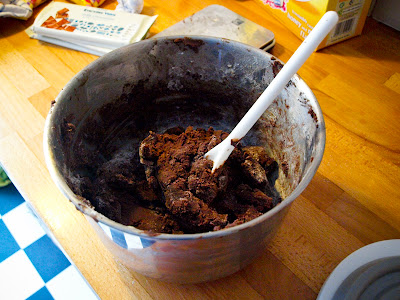 Add the cornflakes and stir until they are all mixed in. You might need to get your hands in there. 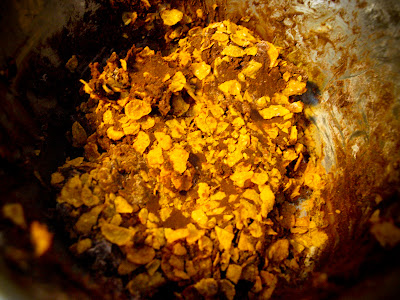 Take an oven tray and cover with greaseproof paper. Take spoonfuls of the mixture about the size of golf balls and make into flat little biscuit shapes with your hands before placing them onto the tray. 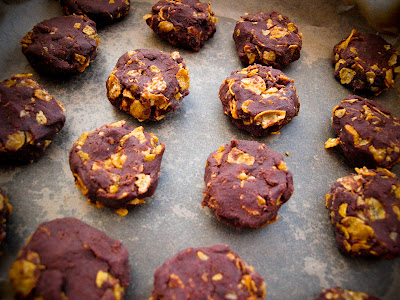 Put the tray in the oven and bake the biscuits for around 15-20 minutes or until they're just starting to firm up. I did mine in two batches. Leave the biscuits to cool in the tray before transferring to a wire cooling rack.

Meanwhile, make the buttercream by melting down the chocolate over a saucepan of simmering water. 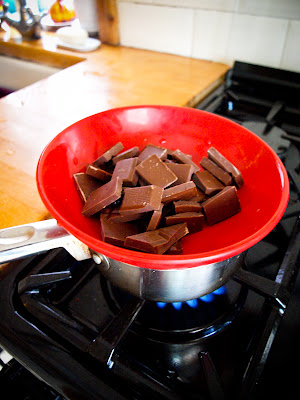 Beat together the butter, icing sugar, milk and vanilla extract. 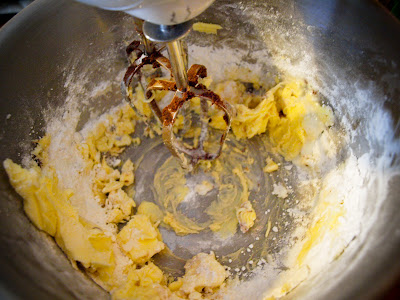 Add the melted chocolate and beat until the icing is smooth and creamy. 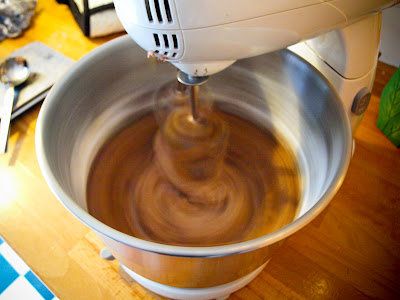 Once the biscuits have cooled, top with a large blob of the buttecream icing, smooth it down and add two Mini Eggs to the top for the Easter touch. The biscuits are particularly nice after a bit of time in the fridge and with a glass of milk! 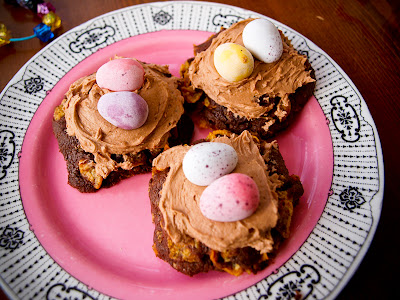 Posted by Jules at 10:23 AM
Email ThisBlogThis!Share to TwitterShare to FacebookShare to Pinterest