We had tasted the sweet sweet booze provided by The Liquorists once before and since then had tried to go along on their tequila trail but didn't get round to it, there were also a few events around Christmas that also looked great and the odd chat about sorting out our own trail but none of it worked out for us.  Life is hard.  Luckily life is also full of nice surprises and just the other week The Liquorists invited us out on their new Ceylon Arrack trail. 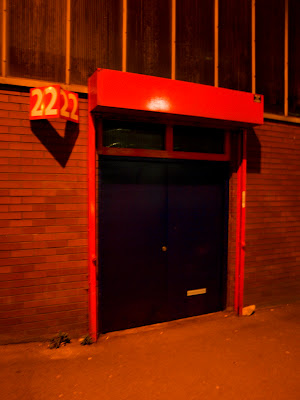 "Hold on you've lost me" I hear you say "what the dickens is CEYLON ARRACK?".  Well of course we knew exactly what it was when we accepted the invite, we'd known about it for ages, we drink it like tap water in our house.  That's a lie.  A huge big fat lie intended to deceive you.  A "Huhne" if you will. It's okay we can all be safe in the knowledge that not many people have heard of this intriguing liquor and the very fact that The Liquorists are putting on its trail to up its exposure means its only just arriving on our shores in any meaningful way. 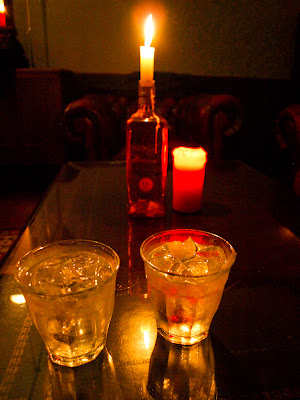 Now if you had gone on the trail (its finished now I'm afraid) you would have received, as we did, a top notch run down of the production, the history and the applications of this tipple.  If you want that level of detail there is plenty of info provided by the producers.  For me I'll just let you know that this is a very unique spirit, its got a character all of its own when drunk straight (which is not advised but I quite enjoyed it) and when mixed still brings something to the party that other spirits don't.  It certainly has a unique production method with its core ingredient being the sap of the coconut flower obtained using the delightfully named method of 'Toddy Tapping'. 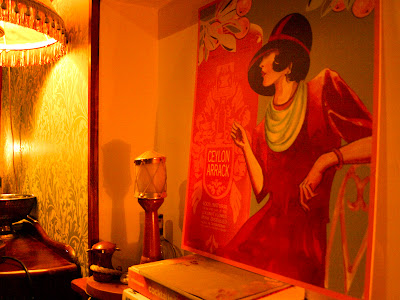 On to the trail.  As we had previously loved the Rum Trail our expectations were high, we also knew it is a whirlwind tour with very little time to catch your breath.  For that reason we were already a little worried when we left The Liquorists HQ 22 Redbank later than scheduled.  It didn't matter though, we caught up not too many drinks down the road and received a delightful gin and tonic while we were waiting in the surprisingly grand surroundings of 22 Redbank.  I also think its a great idea to have the meal at the beginning of the trail rather than the end, sets you up for the night! 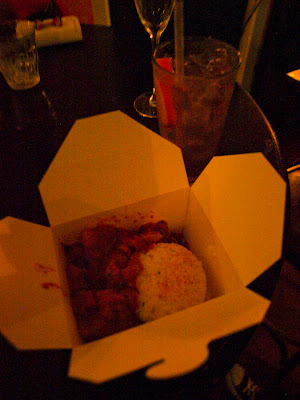 The biggest surprise at the last trail was how good the Thai curry was, well the Sri Lankan variety also absolutely hit the spot.  The kick of the curry was a great partner to the kick of the first (and probably best cocktail) of the trail, a simple combination of the arrack with ginger beer, OJ and bitters.  This is a drink I will come back to again and again.  When I lay my hands on a bottle to live in my drinks cabinet it will be this simple bad boy that is rolled out to show non believers how good Ceylon Arrack can taste. 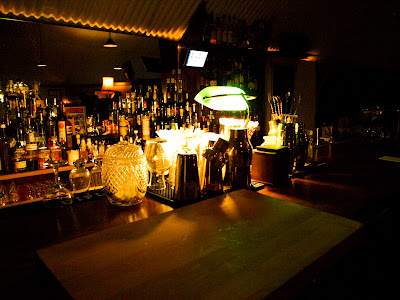 Out the door we went and we were whisked around the bars.  Where did we hit?  Apotheca (no idea why I've never been in here, right up our street!), Hula (old favourite, always brilliant when you can actually get to the bar, also managed to pick up some new trail members), The Whiskey Jar (new bar with a great interior, really liked this place and have already been back in) before ending up at Épernay (fancy pants Champagne bar with a very relaxed vibe, totally weren't prepared for our trail rolling in).  So again a really good variety of great bars, The Liquorists know their turf. 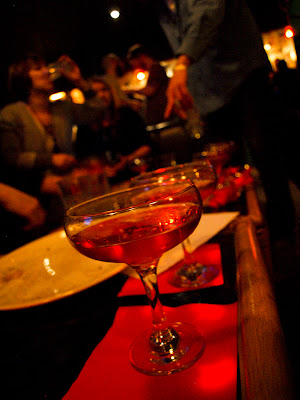 Obviously we need to talk about the cocktails, always a struggle when you are on a trail.  In each bar we received a glass of punch and a full on cocktail.  I liked all the cocktails we consumed, like I said before Ceylon Arrack really is quite unique. I don't think its possible to directly compare it to any of the other major spirits like rum or whiskey, its got its own thing going on and this brings a subtle individuality to any cocktail it is used in.  One word of warning, the Sazerrack served in Hula Bar is a badass drink not for everybody's palate, it is a SERIOUSLY stiff drink that coats your mouth with syrup and booze.  I liked it.  The next drink on the list was the super refreshing IPA based drink served in The Whiskey Jar so they were a good side by side combination.  I really would say that if you see a bottle of Ceylon Arrack on a bar then you should give it a go if only to taste a set of unfamiliar flavours that might become your new favourite drink, it will at least be an interesting diversion on a night out. 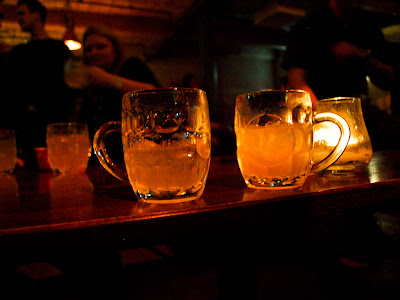 So I've heaped plenty of praise on The Liquorists before but there was one skill shown on our trail that needs mentioning because I think the success of the trails hinges on the very difficult skill of being all things to all people.  The trails are essentially pub crawls except you aren't going with your closest buddies, you are getting thrown in with a bunch of strangers.  Now the vast majority of people we've met on the trails have been absolutely lovely, really fun and we had a great time with them but on this occasion there were just one or two people who, from the moment they arrived, were indulging in the pastime of screaming terrible jokes, interrupting the background on the drinks with inane comments  and attempting to blag free drinks left, right and centre.  This should have been a recipe for disaster, derailing the night but it wasn't because we had Massimo who masterfully dealt with them. 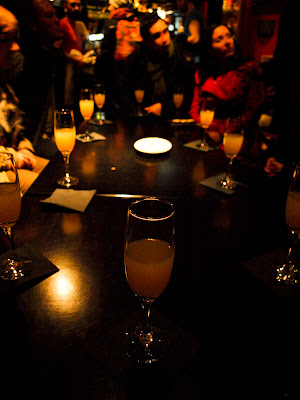 If you are going to enter in to some sort of banter contest I would advise that you avoid doing this with a man whose profession largely revolves around bartending.  There was nothing that could be thrown at Massimo that could not be turned around in to an actual joke that made us all laugh.  He managed to keep absolutely everybody happy and I think that's at the core of what makes The Liquorists successful, they are good dudes that make sure that everybody has a good time.  The great drinks and the nibbles are secondary to the experience.  Their trademark phrase 'no hangover guaranteed' as (catchy and true as it might be) could easily be replaced with 'good time guaranteed'.  Just realised that sounds a bit dodgy.  You get the drift. 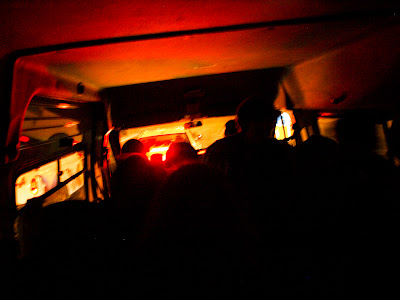 A coupe of very simple recommendations.  If you haven't been on a trail with The Liquorists yet correct this at the earliest opportunity, there is a rum trail coming up and they will make sure you have a great time.  If you've already been on a trail with The Liquorists go on another trail with them, I've been assured that the upcoming rum trail is full of different bars and drinks so get on it. If you haven't tried Ceylon Arrack before make sure you keep your eye out for it and give it a try, maybe have a chat with any of the trusty bar keeps working at any of the establishments mentioned above and see what they can come up with.  If you have tried Ceylon Arrack before then your pants are on fire.

Special thanks to The Liqourists for the invite as well as to Manchester Foodies and Lickerish Split for the aide memoire.

Posted by Bailey at 6:23 PM
Email ThisBlogThis!Share to TwitterShare to FacebookShare to Pinterest