At the weekend the lovely Blob was over from Sheffield to help Bailey with a task that has been taking up much of his time and energy of late: building a wood-fired oven in the garden. As you can imagine this is thirsty work so the gents needed a night of good food and booze to prepare themselves for the hard graft ahead. Of course I wasn't about to let those two go and have all the fun so I tagged along. It was quite difficult to make a decision between taking Blob for a towering Big Manc burger at SoLIta or a juicy Burrito at the brand spanking new Luck, Lust, Liquor & Burn. 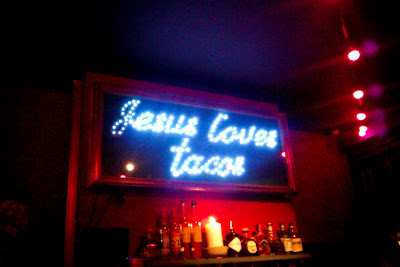 In the end the Burrito won - I was ecstatic at this as my mouth has been watering over their menu from the moment they first shared it on Twitter. It all sounded so delicious I was even willing to overlook the fact that it is run by the same dudes as Almost Famous - a place I vowed never to visit after seeing them tweet "F*ck vegetarians" and hearing they had items called "bitch juice" and "slut sauce" on their menu... (Apparently they now do a veggie burger but I am very stubborn. Also this doesn't excuse the sexism.) 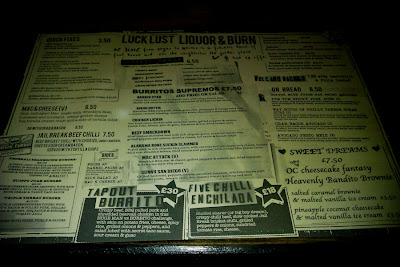 Well I have to say after one visit to Luck, Lust, Liquor & Burn, all is forgiven. It is seriously good. I'm also always pleased when we have a visitor and you take them somewhere they like. Blob's verdict? "I think I'm a bit in love with this place". 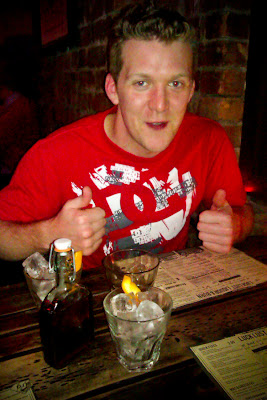 Well just to get through the door we had to push our way through the queues of people waiting to get into Almost Famous and it seems Luck, Lust, Liquor & Burn is just as popular as we were asked to wait at the bar for a table to become available. Didn't mind this at all as we watched the friendly barmen efficiently make stunning cocktail after stunning cockatil. I started with the South of the Border Swizzle - a very drinkable, sweet and fruity little number. Bailey and Blob went for the Oil & Water Old Fashioned but were accidentally given a Martinez instead. This was brilliant for them as they sank the Martinez blissfully unaware of the boo boo before being approached by an apologetic barman telling them they would be bringing the correct drink to our table as well. Bonus! 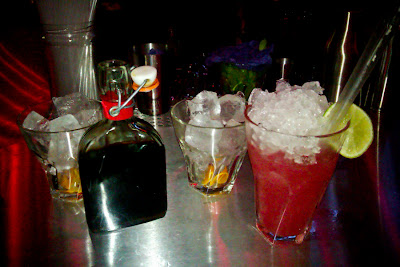 We didn't have to wait long to be seated and while I did very much like the interior of the restaurant and the nice view we had of the Northern Quarter from the window, we felt the tables were a bit too cramped and due to this the waitress nearly tripped over my handbag a few times.

For starters I decided to go for the Cheese and Jalapeño Taquitos - light, moreish, crispy rolls of cheesy goodness with a lovely pesto drizzled salad. I was impressed that even the salad garnish was good. Even Bailey, who never touches a salad garnish, was also impressed (after I made him eat it). 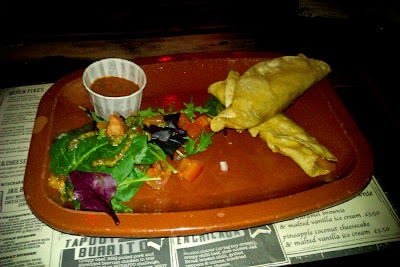 Bailey and Blob shared a couple of starters. Firstly the Buffalo Chicken Blasts which caused quite a stir when the gents realised these contained no bones so could be popped into the mouth whole. These were great apparently - covered with a flavoursome hot sauce which had just the right level of kick and accompanied by a tasty but mild blue cheese dressing. Secondly the Beef Taquitos were described as "manly beef parcels". 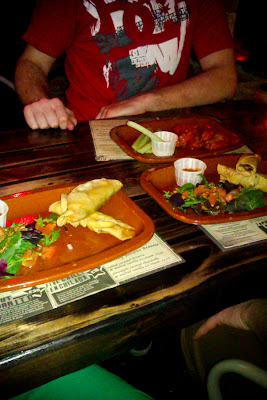 So when it came to choosing my main course, as a vegetarian I wasn't expecting to be faced with the agony of choice in a place run by Almost Famous. However Luck, Lust, Liquor & Burn have obviously put some serious thought into their veggie options. Although the Mac Attack Burrito Supremo sounded heavenly, it was the Sunny San Diego that stole my heart... with a portion of Mac N Cheese on the side as a compromise of course. Now what can I say about this burrito apart from that it tasted of awesome. I have spent the last few days daydreaming about this burrito, suffering withdrawal symptoms, wishing it was still in my mouth... Ahhh. It was incredible. Firstly, halloumi is amazing and to put it in a burrito is just genius. Seconly, artichoke hearts - what a wonderful idea. Then, a lovely mix of soft, perfectly roasted veggies, al dente tomatoey rice and more of that incredible pesto. All this is wrapped in the most beautiful paper thin (seriously, how are they that thin?) tortillas, slathered in the lovely hot sauce they've got on the table and the whole thing is amazing. It's also the perfect level of messiness that you'd want out of a burrito (you need a napkin but you keep your dignity). I really think that although the famous Pancho's Burritos is still on our to-do list, this must be simply the best vegetarian burrito in Manchester - you know you've got a good veggie option when the meat eaters are eyeing your dinner up. My only complaint, I was pretty drunk and it was too dark in the place to see how ace what I was eating looked. More lighting please! 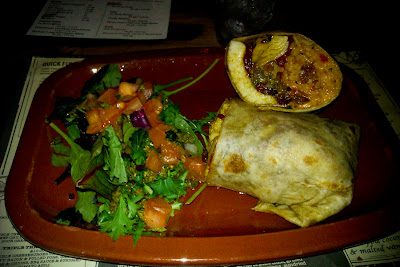 The Mac N Cheese I wasn't quite so taken with, it was a decent, thick sticky sauce but I wanted a much stronger cheesy flavour and more seasoning. I think I have quite high standards for Mac N Cheese though as I have found the best recipe (off a Nintendo DS game would you believe) and have been unimpressed by other Mac N Cheeses in the past. 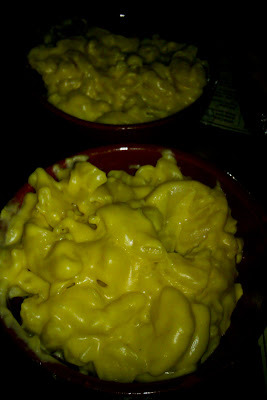 Bailey and Blob both went for the meaty Burrito Supremos which were both stuffed with tender meat and equally gorgeous ingredients. It was amusing to see Bailey, determined to get a bit of all the fillings at once, trying to shove the entire huge burrito into his mouth. I should also mention the fries were great - so fresh you couldn't pick them up, crispy and really nicely spiced. 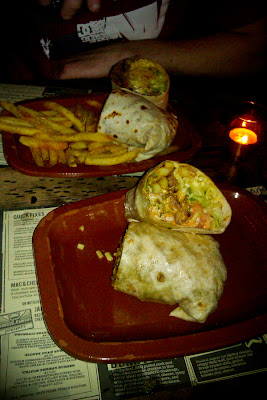 We were too full for pudding, but there's always space for another cocktail or two (bad decision on my part actually) and we thoroughly enjoyed our choices of a couple of Joshua Trees and a Californication. Bailey, who loves a good cocktail, has always enjoyed beverages imbibed at Almost Famous; well the Luck, Lust, Liquor & Burn selection didn't disappoint either. 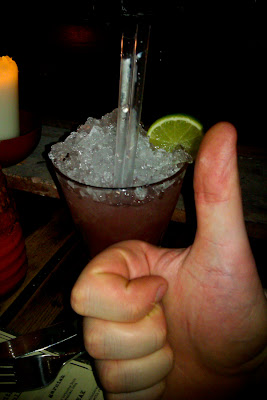 So Luck, Lust, Liquor & Burn turned out to be the perfect place to take Blob and the perfect place to wind down on a Friday night after a hardworking week. I honestly couldn't have been happier. The place really does do the most fantastic food and drinks; I can't wait to return to try more off the menu. A trip to Luck, Lust, Liquor & Burn also gets you in the mood for a good time as the cocktail drinking didn't stop there (to the detriment of my health/ability to stand). Service was mega friendly and super efficient. We were also gobsmacked when the bill arrived and it was about £40 cheaper than what we were expecting. This place has melted my icy heart and I actually think, like Blob, I am a bit in love. See you soon, delicious burritos! 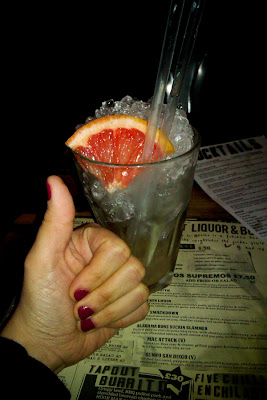 Posted by Jules at 5:56 PM
Email ThisBlogThis!Share to TwitterShare to FacebookShare to Pinterest