During my recent baking adventure with Eilis, we had a very important job to do and that was whipping up Kat's belated birthday cupcakes. 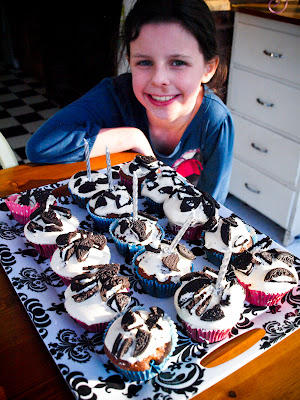 We chose a recipe from the Primrose bakery as usual and this was a particularly chocolatey, Oreoey, marshmallowey one which we thought work work as Kat and Eilis are part of a family of big chocolate fans. Plus, everyone loves an Oreo! 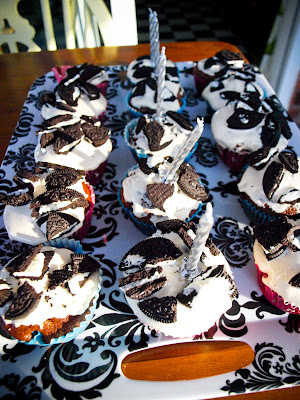 We found these really fun to make, even though we were in quite a rush as Eilis had a horseriding lesson to get to. The really fun part was whisking the egg whites to stiff peaks which Eilis had never done before - it was pretty cool to show her the old trick of holding the eggs above your head and no, we didn't end up with any egg on our face. 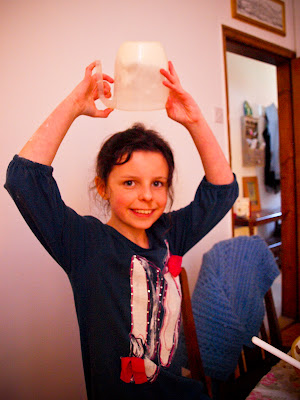 The Primrose bakery's Marshmallow Icing used on these bad boys I've made a few times now and have never managed to get it quite right. In the recipe it recommends working with it when it's still warm which we had to do as we didn't have time to wait for it to cool down. The result was icing flying out all over the place and all over our hands. I think it would be best to let the icing cool, I'm going to try that next time. 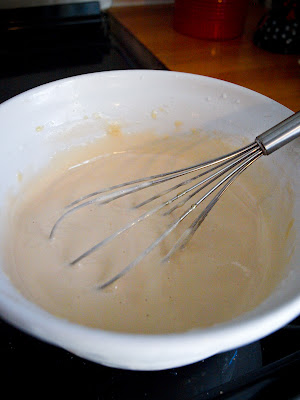 I hope that Kat enjoyed her birthday cakes! She sent me a lovely photo of them that evening with the candles lit so we know she got a second happy birthday song and I hope it was a fun affair! 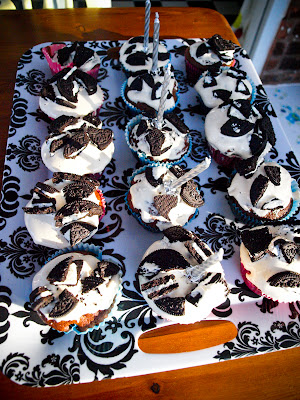 To serve
1 packet of Oreos

Preheat the oven to 180 degrees C / gas mark 5. Melt the chocolate in a bowl over a saucepan of boiling water. Separate the eggs. In a large mixing bowl, cream the butter and sugar together before adding just the yolks of the eggs one at a time and mixing them in. While the chocolate is still fairly warm, add it to the mixing bowl as this will help get rid of any butter lumps. 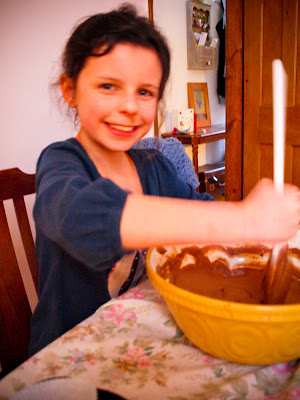 Take another bowl and sift in the flour, baking powder and bicarbonate of soda into a separate bowl and stir together. Take a jug and mix the milk and vanilla extract together. To the original large mixing bowl, add a third of the flour and mix well, followed by a third of the milk mixture and mix well. Repeat this until all of the flour and milk has been added to the mix. Stir until nice and smooth. 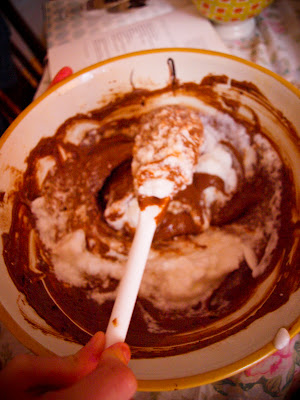 Take a muffin tin and add a load of cupcake cases to it. Add dollops of the cake mix into the cases until they're about two-thirds full. 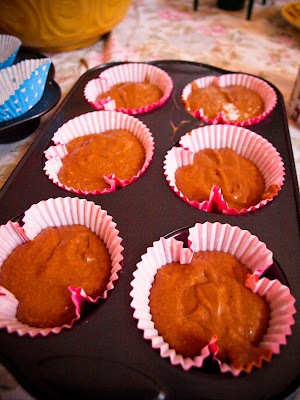 Bake the cakes in the oven for around 25 minutes. Allow them to cool in the tin before taking them out to finish off cooling on a wire tray. 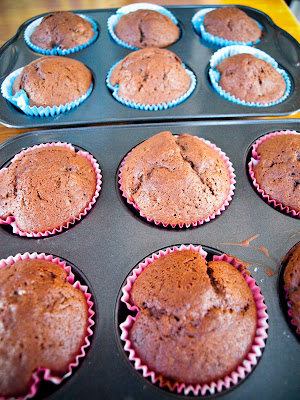 Meanwhile, make the icing. Put the sugar, golden syrup and water into a saucepan and cook over a high heat until the mixture is absolutely full of big bubbles right to the edges. 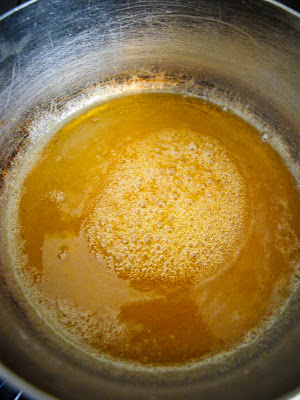 In a mixing bowl, whisk the egg whites to soft peaks. Then gradually add the sugar mixture to the egg whites but carry on whipping the egg whites until the mixture is glossy and has cooled down a fair bit. At this point add the vanilla extract. 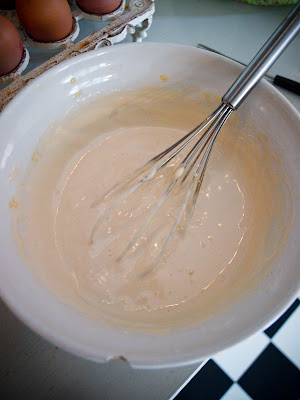 I would recommend letting the mixture cool down for a bit before icing the cupcakes, but we didn't have time so had to use it straight away which meant the icing went everywhere! 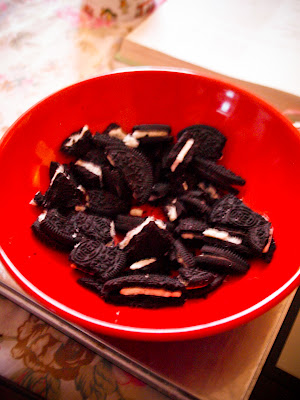 Bash up the packet of Oreos so you've got loads of Oreo bits. Ice the cupcakes using the Marshmallow icing and top with large chunks of smashed Oreos. 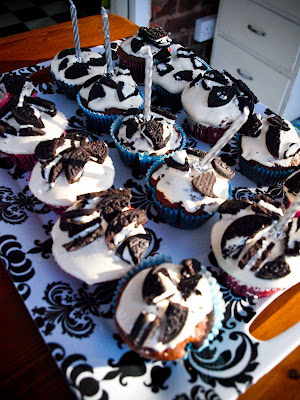 Posted by Jules at 8:49 AM
Email ThisBlogThis!Share to TwitterShare to FacebookShare to Pinterest