Ah, the Morrises. We are quite the crazy family and I wouldn't have it any other way. Not sure the eardrums of the staff at North Star Delicatessen in Chorlton would agree, after our early Saturday morning breakfast visit yesterday. 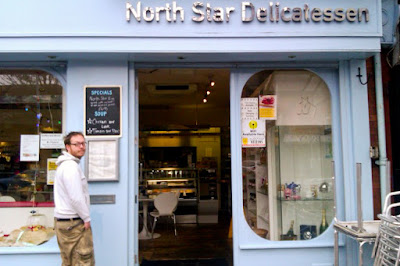 As it was a special occasion - due to the fact we were lucky enough to have not only my parents but also my lovely Auntie Patricia visiting us overnight, we decided that the contents of our slightly bare fridge were unsatisfactory breakfast components. There was only one thing for it - rush out and get a good brekkie in us before our 10:30am house-viewing. 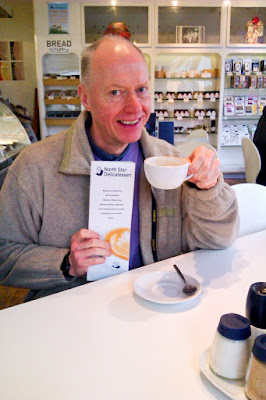 We decided that the North Star Deli would be the perfect spot for our breakfast: Roy and Aída had been there before for a posh Tea Pigs cuppa and had loved it, plus it was right on the way to where we were going and had plenty of nearby parking opportunities. 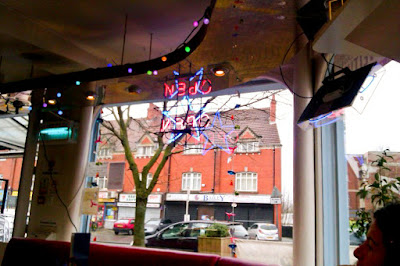 As we were in such a rush, we were lucky to find the North Star was empty, which wasn't the case about five minutes later. Phew. We had a quick look at the menu before deciding on our breakfast options and putting our order in. The gentleman at the counter was very friendly and didn't seem to mind too much that we were doing the usual Morris family thing of shouting things across the room at each other. The only problem was that Bailey was deeply disappointed to hear that the chef hadn't arrived yet and therefore his American Pancakes dream could not be realised. 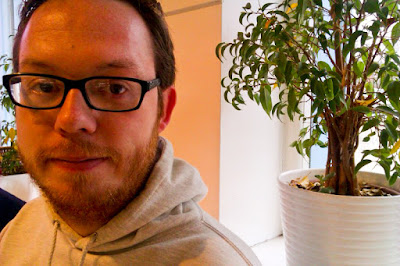 Despite about a million people at arriving at once and the staff seeming to be rushed off their feet, our food and drinks came out promptly. 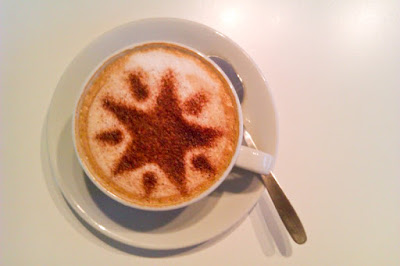 Me, Aída and Patricia had lovely Tea Pigs Earl Grey tea while Roy and Bailey had Cappuccinos. Bailey said his had the best frothed milk on top that he had ever had. Good stuff! 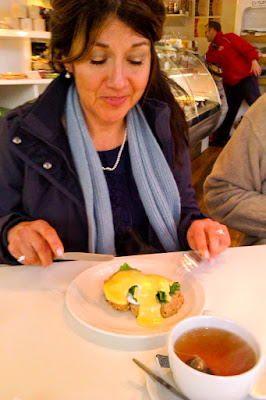 Me and Aída decided we would both have the Eggs Benedict with Spinach. This was really nice with smooth and tasty Hollandaise and perfectly poached eggs. The only downside was I found it a bit difficult to cut through my bread but I think that was my fault for requesting multigrain bread instead of the usual muffins. 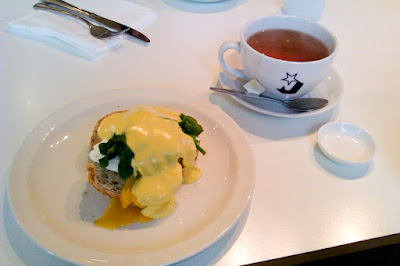 Bailey, Roy and Patricia all went for breakfast sandwiches, which all came on toasted fresh bread. I was concerned that Bailey was going to be in difficult-to-please mode after his pancake disappointment but he thought his sanger was excellent. 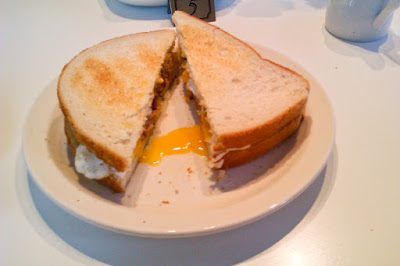 Lightly toasted white bread with sausage and egg, Bailey found his egg was perfectly cooked and his sausages really tasty. The sandwich was also perfectly moist because of the runny yolk. 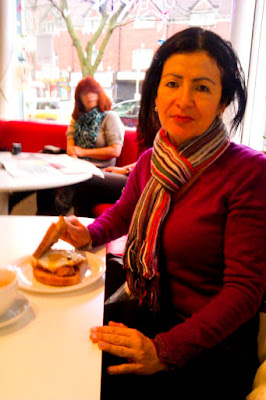 Patricia loved her Veggie Sausage and Egg Sandwich on wholemeal and kept saying how much she had enjoyed it later in the day. A very satisfied customer!


Roy was mega impressed with his Sausage, Bacon and Egg Sandwich on wholemeal. He loved the sausages and said that they were a real taste sensation due to the peppery flavour running through them. We will have to make sure that next time we are there we ask where they source those bad boys. 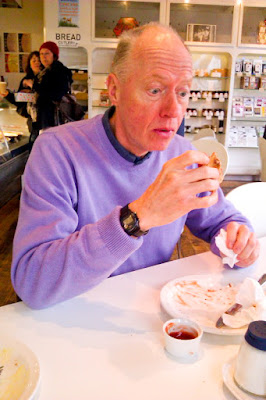 On discussing our breakfast later, our only complaint about our breakfast was that the service seemed a little disorganised when our breakfasts were coming out, however we could see the staff were really busy. Overall we thought our North Star Deli experience was great and we will definitely be returning in the near future - hopefully for one of their 'Join Us For Supper' dinner clubs which look amazing. Thanks for a top breakfast! 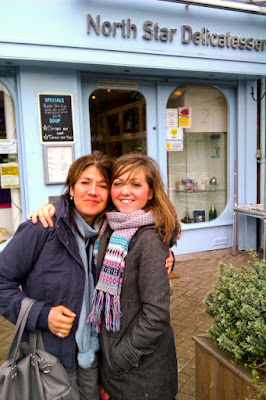 Posted by Jules at 2:09 PM
Email ThisBlogThis!Share to TwitterShare to FacebookShare to Pinterest