As this month's Clandestine Cake Club's theme was Mad Hatter's Tea Cakes, I decided to adapt a Primrose Bakery cupcake recipe that I have used quite a few times for picnics and tea parties to create a Malted Marshmallow Cake. 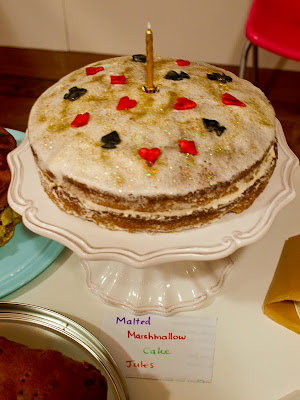 Every time I've made this recipe I've quite liked the fact that the cupcake versions are quite light and with simple flavours so I thought they would be perfect for a tea party, Mad Hatterish or not. The Marshmallow Icing usually works quite well when it's inside cupcake cases but what with it being a cake, it ran over the sides a little bit so was very thin which was a shame. Next time I'll ice the top cake while still in the tin and leave the icing to set before taking it out. 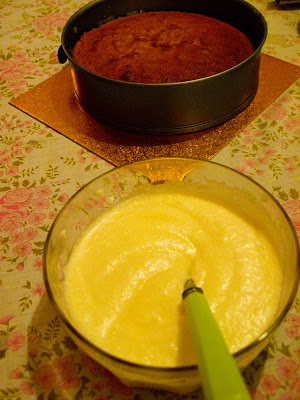 To "mad" the cake up a bit I thought I would sprinkle with some edible gold glitter and put an "Un-Birthday" candle on it. Bailey also made some lovely little playing card symbol shapes out of royal icing using his stanley blade, I was very impressed with his patience and precision! 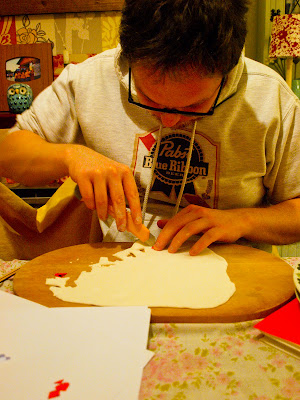 Overall I was quite pleased with how the cake turned out - although it looked a bit wonky and the malt taste was a little subtler than I would have liked, it tasted light and was quite sticky on the outside too. 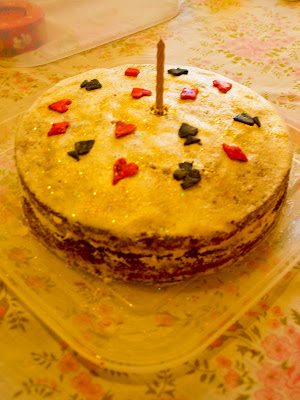 Preheat the oven to 160 degrees C. Cream the butter and sugars together in a large mixing bowl until smooth. 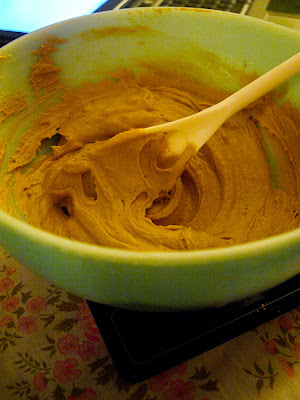 Add the eggs one at a time, beating them in well before adding the next egg. Put the flours, the Horlicks and the baking powder into a separate bowl. Sift them into the mixing bowl with the other ingredients, stirring well at the same time. 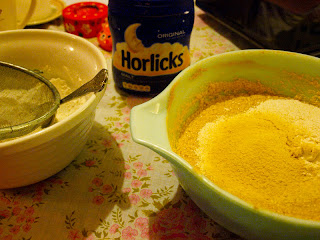 Finally, add the vanilla extract and semi-skimmed milk to the batter. 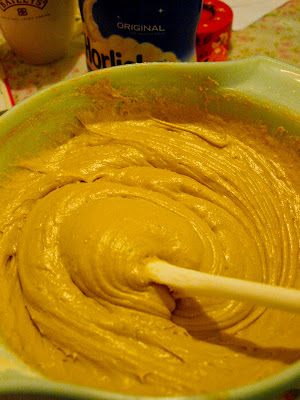 Divide the mixture between two large cake tins and place in the oven for around 30 minutes or until the cakes are golden and a skewer comes out of the cake clean. Leave to cool and leave one of the two cakes in the tin.

To make the Marshmallow Icing, put the sugar, golden syrup and water in a saucepan and cook over a medium heat for around 6 minutes. 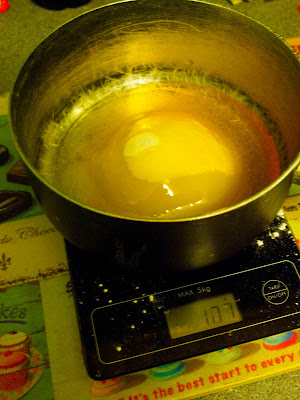 Meanwhile, whisk the egg whites until they form stiff peaks. 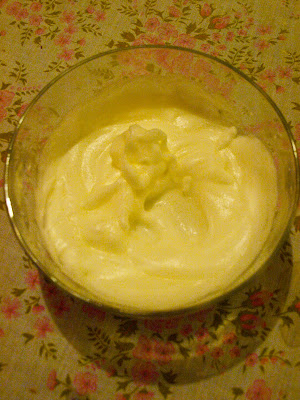 Take the syrup off the heat and add to the egg whites, whisking well continuously until glossy and firm. 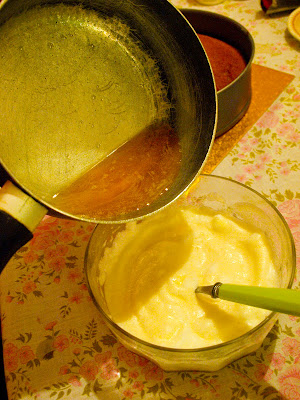 When the icing is almost completely cooled, pour half of the icing onto the cake that's not been left in the tin. 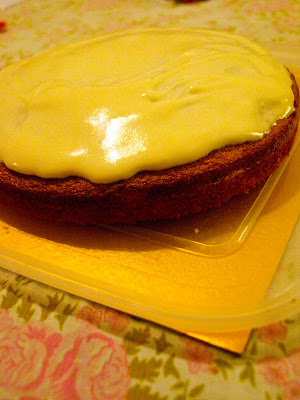 Take the cake that's still in the tin and cover with the rest of the icing. Leave the icing to set before taking it out of the tin. Once out of the tin, put the top cake on top of the other one. Decorate with glitter and other bits and bobs, we used shapes made from royal icing and an Un-Birthday candle! 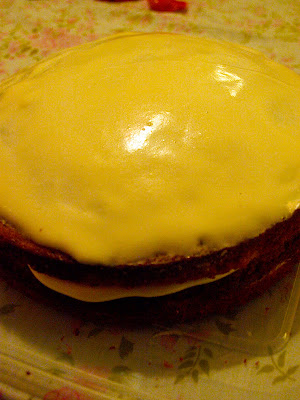 Posted by Jules at 7:53 PM
Email ThisBlogThis!Share to TwitterShare to FacebookShare to Pinterest