My mum Aída's recently-discovered favourite beverages are Aperol and Campari. I had never heard of said tipples until she started drinking them (and they are both so similar I can't tell the difference between them either). 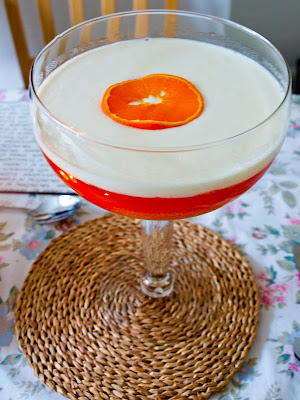 As Aída isn't much of a "desserts person", we were a bit stuck for ideas on what to make for pud for her mother's day meal. Aída then mentioned she had a full bottle of Aperol in her drinks cupboard and I thought what a cool idea it would be to make her a dessert made from her favourite drink! 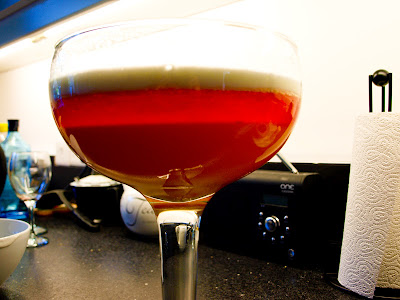 I had a little look at the back of the Aperol bottle and saw that some of the best Aperol cocktails could be made with oranges, lemons and lemonade. So I thought I would whack all of those ingredients in there for a bit of a wild jelly cocktail. I decided what ingredients I was going to use then stuck to the basic liquid-to-jelly measurements on the back of a packet of gelatine and voila, the Aperol Jelly was born. 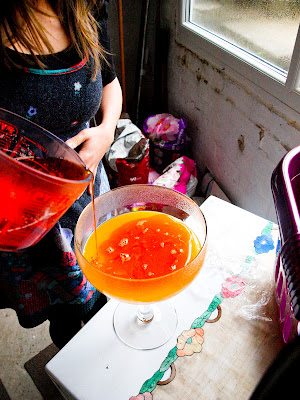 I'm really glad I did it as Aída must have liked it it as she asked me for the recipe and made it again less than a week later! 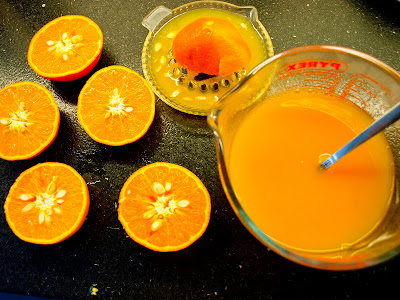 I was really happy that everyone - not just the Aperol lover of the house - really liked the dessert. I only had a taste because I was just about to drive over the snake pass but everyone at the table was making "Oooh!" noises and saying it was really nice. It is a very boozy dessert too and about 10 minutes later Aída and Auntie Patricia were saying it had made them feel really tipsy! A great way to liven up a Sunday afternoon. 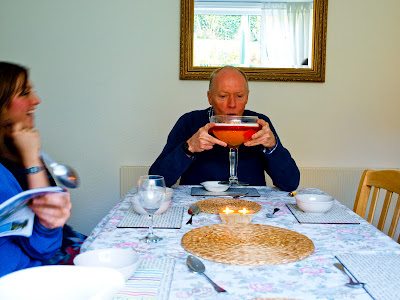 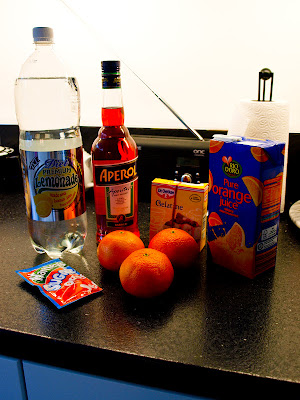 Sprinkle the orange jelly crystals into a jug and add the boiling water. Stir well until all the crystals have dissolved. 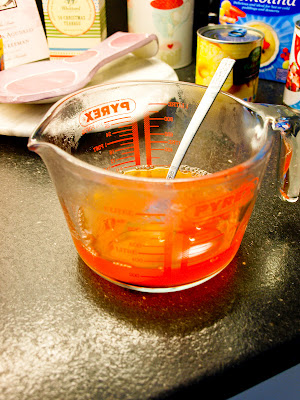 Add the orange juice and mix, before squeezing the juice out of the two oranges and mixing into the orange jelly mix. Pour the contents of the jug into a trifle dish and allow to set for a good four hours in the fridge or a cool place. We had to use the garage as our dish wouldn't go in the fridge. 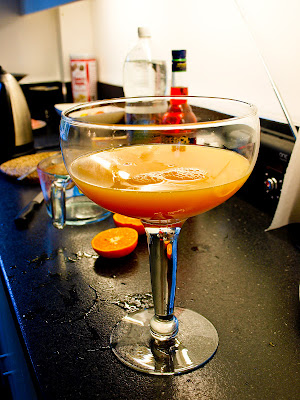 When your jelly has been setting for about three hours, mix together the Aperol and lemonade in a jug. 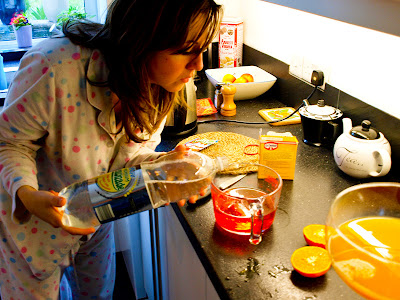 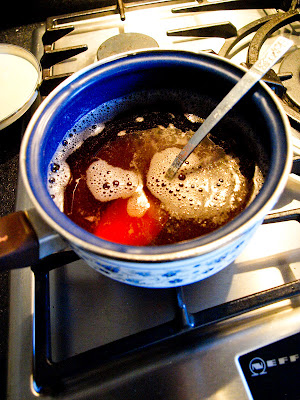 When the Aperol and lemonade has cooled, pour on top of the orange jelly which will make lovely different coloured layers. Allow to set for a further few hours. 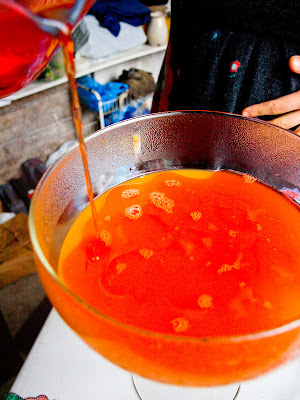 When both jellies are fully set, put the yogurt into a bowl. Squeeze the juice of the lemon into the yogurt and add the Splenda. Stir well. You could add some yellow food colouring to make it look even more exciting. Pour the yogurt over the jellies. 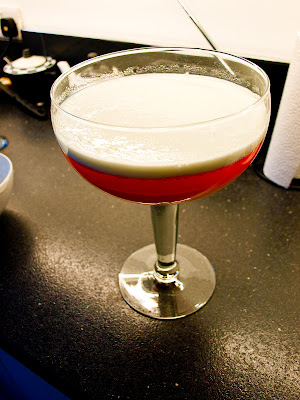 Decorate with slices of orange to serve. A citrusy, sharp, boozy treat! 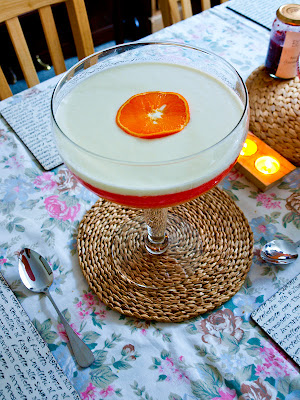 Posted by Jules at 4:49 PM
Email ThisBlogThis!Share to TwitterShare to FacebookShare to Pinterest