In preparation for the Mother's Day meal we were cooking at my parents' house last weekend, I asked Aída what she would like to eat. Her one request for the starter was this Mushroom and Goat's Cheese on Garlic Toast. 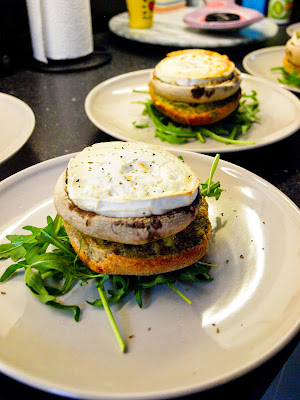 This was a starter they used to serve at a rubbish restaurant I worked at during my final year at university and I absolutely loved it. So I had a bit of a chat with the chefs and asked them how they made it, then one day I made it for my parents at Hotel Morris and they loved it. The rest is history, Aída has been cooking this ever since. 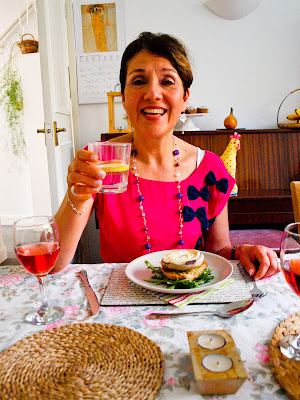 I on the other hand hadn't made this in absolutely yonks and had very much fallen out of love with the whole idea of the recipe. So when Aída requested it I was feeling quite uninspired but of course you have to give your mum what she wants on Mother's Day so I had a good think about what we could do to make it a bit more special. 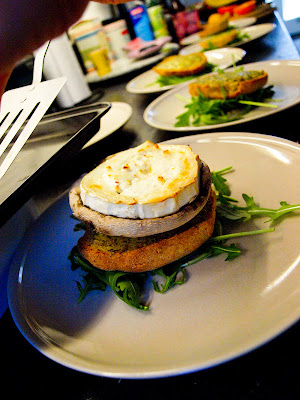 Then it hit me. Of course! Instead of boring old store-bought ciabatta, what an excellent excuse to show off our latest discovery, the amazing Overnight Sponge Bread recipe from Marcus of Country Wood Smoke, only the best bread ever. 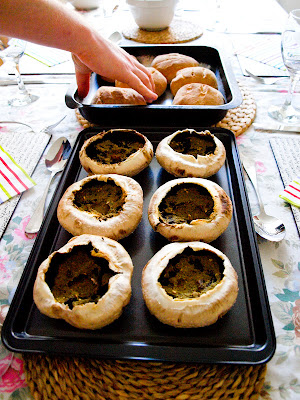 I excitedly tweeted Marcus asking what I could do to make his bread into ciabatta-style rolls and he suggested a bit of extra proving time and a nice big glug of oil. The rolls came out amazing just as the bread had done last time, my family couldn't get enough of it, we even got the Bellini Jam out at the dinner table to put on the last few bits. Like Marcus says in his blog, this is such ace bread that everyone should try it without further ado. Well done for coming up with such a crowd-pleasing recipe Marcus and thanks for sharing! 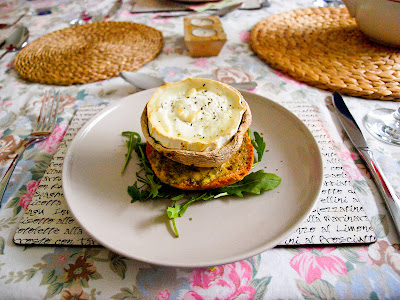 The starter went down a treat with the family and wasn't too difficult to make. Great if you like goat's cheese and lots of it. 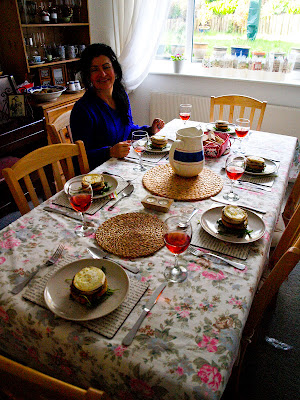 Stir the white bread flour, yeast and water together in a large bowl. Cover with clingfilm and leave overnight. 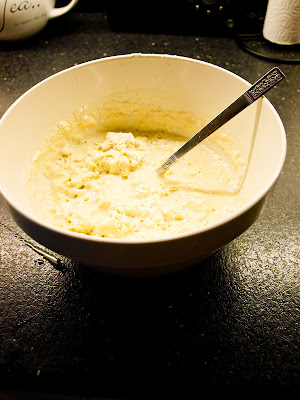 When you come back in the morning the mixture should be all bubbly. Add the wholemeal bread flour, salt and oil. Mix well until smooth and knead for 10 minutes. 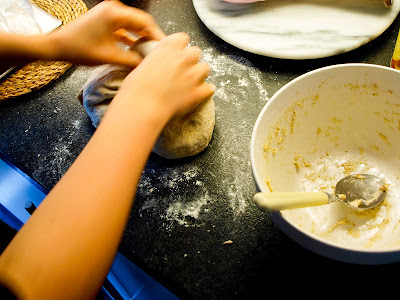 Place the dough back into the bowl and cover with the clingfilm again. Put the dough somewhere warm for an hour until doubled in size. An hour later, take the bread out and fold it on itself to incorporate more air before leaving to prove for another hour. 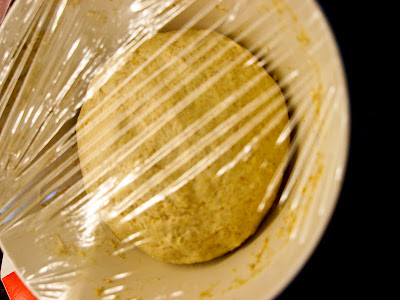 Preheat the oven to maximum temperature. Sprinkle some semolina onto a board. Cut the dough into six pieces and shape the pieces into six round, plump bread rolls using the semolina. 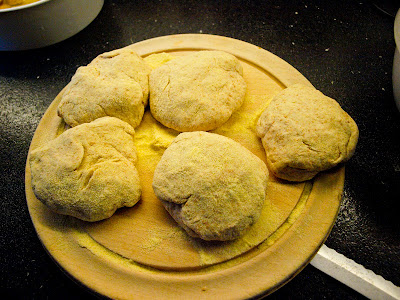 Score the tops of the bread rolls. 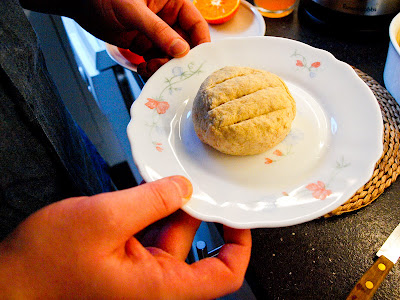 Place the rolls onto a baking tray and put in the oven. Bake for 15 minutes at this temperature. 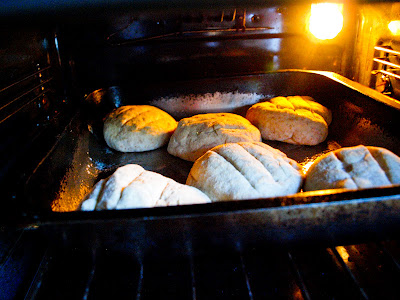 Reduce the temperature of the oven to 200 degrees and bake for a further 20 - 30 minutes until the rolls sound hollow when you tap the base. Take out and leave to cool. 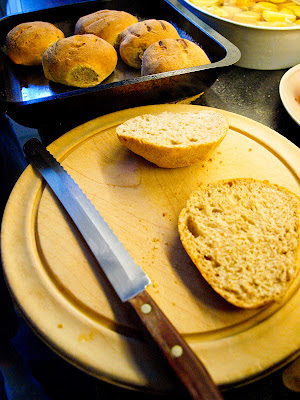 Meanwhile, prepare the mushrooms. Place them on a baking tray. Mix the pesto and white wine vinegar together in a bowl before drizzling on top of the mushrooms with a teaspoon. 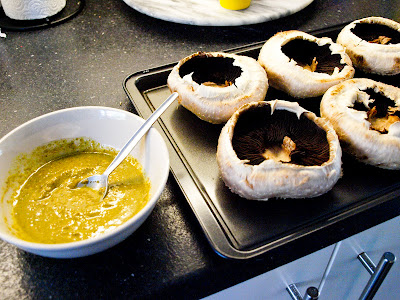 Next prepare the garlic topping for the bread. Mix the spread, garlic purée and herbs together in a bowl. 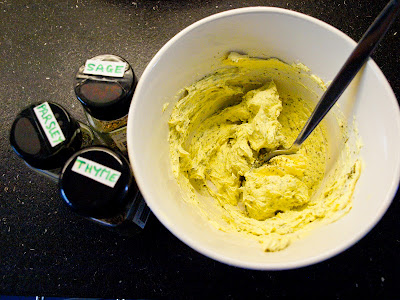 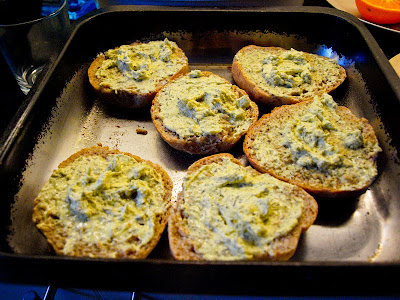 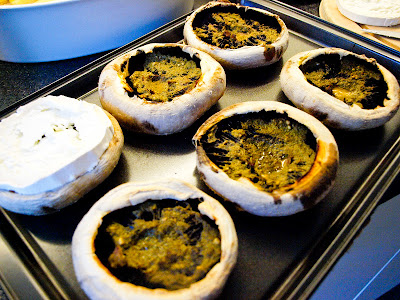 Take little handfuls of rocket and place in the middle of serving plates. Put the garlic toast on top. 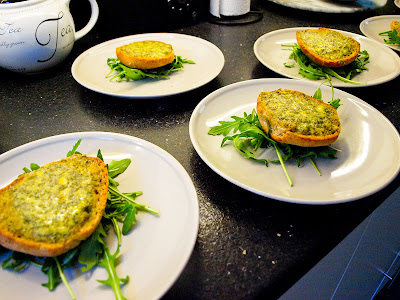 Top the toasts with the mushrooms and serve! 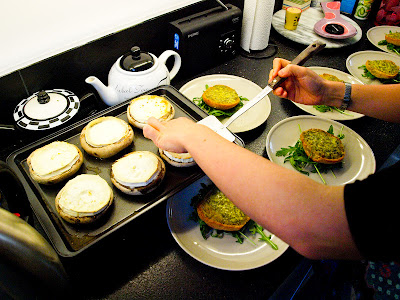 Posted by Jules at 6:49 PM
Email ThisBlogThis!Share to TwitterShare to FacebookShare to Pinterest