If you have ever considered a holiday to Crete, or even if you haven't, I would urge you to book one right away. We had never been anywhere in Greece and what we discovered was that Crete is a truly special place - a charming island with stunning vistas, beautiful beaches, an agreeable climate and most importantly, wonderful people. Of course, as with any holiday Bailey and I go on, our main preoccupation was where we were going to be eating. We found the Cretan nosh to be much more than the 'simple but tasty food' we'd come to expect after reading the guidebooks. It is prepared with love and served by the most hospitable restaurateurs we've ever come across! 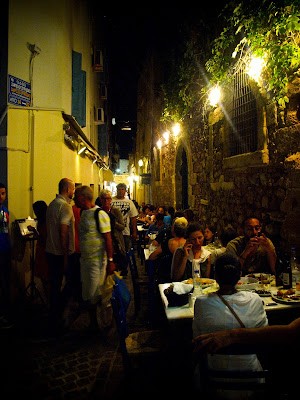 One the best eateries of the holidays was local favourite, Tamam. It isn't difficult to see why this buzzing little place is so popular. As it's located in a bustling alley with the outdoor tables situated right in 'the thick of it', you can forgive people for having a massive nosey (as we had been doing to others beforehand) at the delicious food you're eating as they shuffle past. We decided to be brave and go for the alleyway experience. However, if you like private dining, we recommend you choose one of the tables inside! 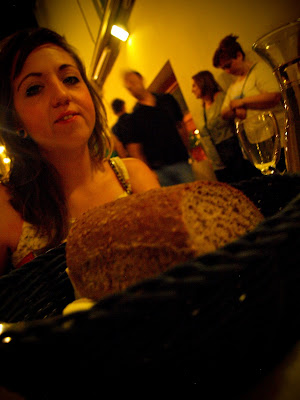 We started the evening off with a disappointingly warm half bottle of white wine. However from this point, everything was spot on. Cretan rye bread dipped in Spicy Avocado Dip was a-mazing. A game changer. 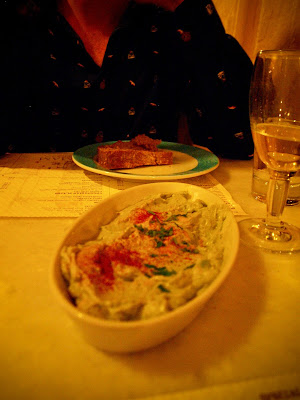 We're talking intense avocado flavour from the lightest, creamiest dip, with the odd lump of soft avocado to be found here and there. We were so glad we resisted the temptation to gobble up the bread as soon as it arrived.

Next I'd chosen the Imam Baildi, which despite being in the 'vegetarian' section of the menu had a sauce so rich I became suspicious and started inspecting it for slow cooked red meat. Just how did they get that sauce so rich?? It was delicious, and the aubergine was soft and flavoursome but with a nice caramelised skin. 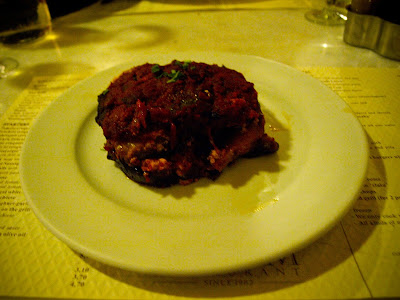 Bailey had gone for the Giaourtlou, which was described by the menu as "baby lamb", leading Bailey to guiltily wonder how old the baby lamb was. It was amazingly tender anyway, with another super rich sauce and lashings of thick, creamy Greek yoghurt and an amazing pitta. Not like the pittas you get at home... 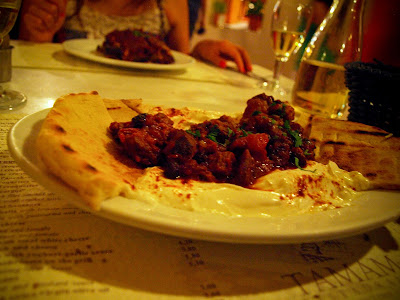 So it was quite late at this point, we had taken in a lot of sunshine that day and I started longing for my bed. However, no Cretan meal is complete without the customary mini bottle of raki at the end... yes, something you need to know about holidaying in Crete is that you should never ask for the bill when you actually want to leave, and if you've got somewhere to be, well I'm afraid you're just going to have to be late. 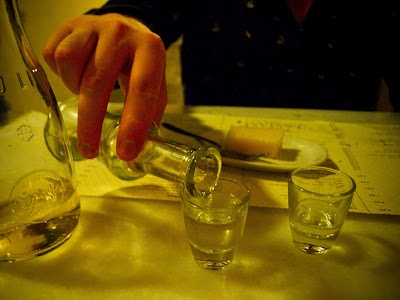 Raki is kind of like a Cretan grappa and it's just as, shall we say, harsh on the old palate. We had read that it's very impolite to turn down a shot of raki that someone has given to you. Seeing as we were brought a raki at pretty much every meal, we soon got used to this. By the end of the holiday I actually came to look forward to my raki. However, our visit to Tamam was fairly early in the holiday so we did struggle a bit with this one. 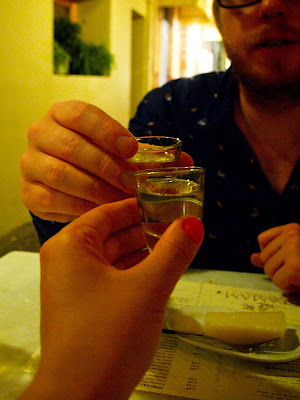 Fortunately, Tamam had also provided us with a delicious serving of Halvas semolina pudding which was an absolutely delightful accompaniment to the raki. I actually downed my raki dead quickly so I could enjoy the Halvas on its own and then ended up going a bit loopy on the walk home... 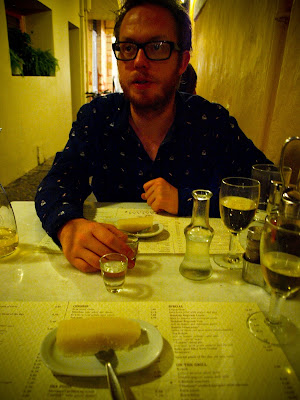 After our meal at Tamam we had to literally waddle home we were so full of food (plus as I say the raki had sent me quite crazy); luckily it wasn't far to our hotel! Our meal at Tamam was so special not only for the food but for the service which was a fine example of the Cretan hospitality. The staff were rushing around to make sure everything was spot on for us. I also quite enjoyed sitting in the hustle and bustle - Tamam is great for people watching! WHEN you book your holiday to Crete, you should definitely give Tamam a go. 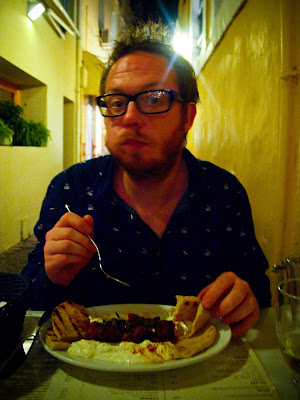 Posted by Jules at 12:08 PM
Email ThisBlogThis!Share to TwitterShare to FacebookShare to Pinterest