Bailey and I recently had a gorgeous weekend break in Paris. Although we do like to think we are pretty fancy, we don't often fly off for weekends in Paris... this was a very special occasion as we were meeting up with my aunt Mary and great aunt Ruth from Colombia as part of their whistle-stop tour of Europe. Mary had never been to France before, let alone 'the city of light', so when it came to eating I wanted to take them somewhere really French where they could see all the stereotypes in action. 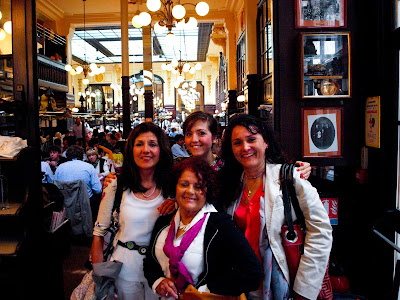 Fortunately my friend Heather had just the recommendation for me, Le Bouillon Chartier - a restaurant so stereotypically French you could have put a beret on its head and sent it out shopping for a baguette to carry under its arm. In all seriousness it was a truly beautiful restaurant with the most magnificent interior that hadn't changed a jot since it first opened in 1890. 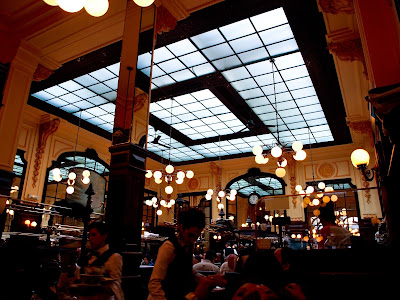 The menu was exactly what I had hoped as well - proper traditional French nosh, no messing. Think celeriac remoulade, foie gras and beef tartare. 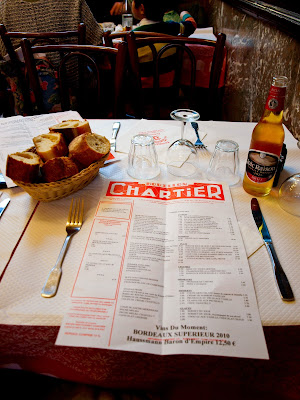 No stereotypical French restaurant would be complete without the curt service and we had this too, in the form of our efficient but somewhat abrupt waitress. She was not afraid to show us how impatient she was getting with our failure to give the entire table's order in under 4 seconds and my dad's polite questions in French. Not ideal but another interesting talking point regarding the French restaurant experience. 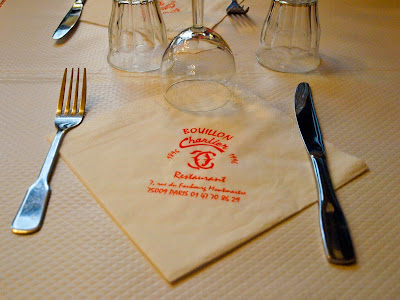 I started the meal with a lovely bottle of cider and a Celeri Remoulade. I absolutely love this simple yet delicious dish and always try to get my hands on some when I'm in France. When I was on my year abroad in France and didn't have a kitchen, I used to live off the Auchan own brand version of this stuff, which was good but this one was better. 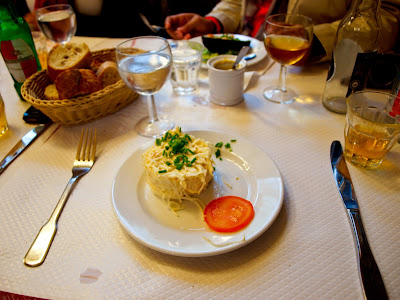 Bailey went for the Salade Frisée aux Lardons. This was one of the best salads Bailey has ever eaten, although to call it a salad was generous - it was mostly meat and croutons. 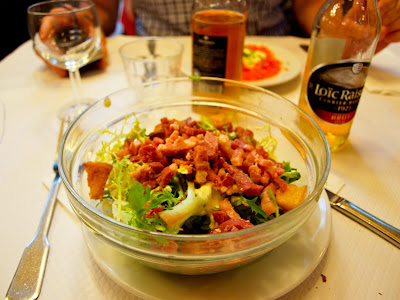 Like the silly English that we are we also ordered a portion of Escargots. I eat snails on an annual basis to set a good example to the kids on the school trip (yet another way in which I am the worst vegetarian in the world), and always quite enjoy the wee beasties. However these were in a different league - super garlicky and not at all chewy.

Main courses arrived very promptly and I was on the Truite aux Amandes. When I first saw it I wasn't too sure about the pool of oil my trout was swimming around in, however the taste was beautiful. The fish was soft and perfectly cooked and I really liked the crunchy almonds. A lovely, simple dish that I'd love to recreate at home. 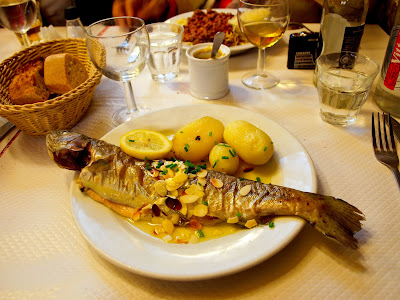 Bailey went for the Bœuf Bourguignon which he said was deliciously rich but distinctly lacking in veggies. 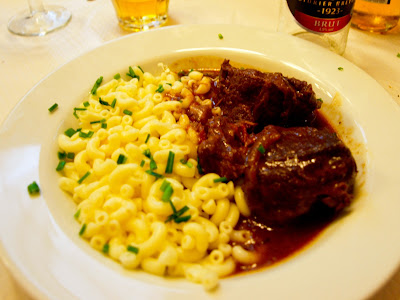 We were all too full for puds but I had a good nosy at some other diners' which looked ace and I have no doubt they'd have been brilliant in a very traditional French sort of way. Food overall was excellent. 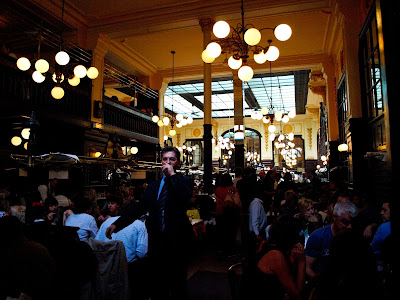 Having paid the bill, we still had a bit of cider to finish off. However we soon realised that we were not going to be able to hang around having a leisurely post-meal rest as Bailey spotted the manager telling our scary waitress to chuck us the hell out of there; we of course fled from the restaurant faster than you can say "Bonne journée". 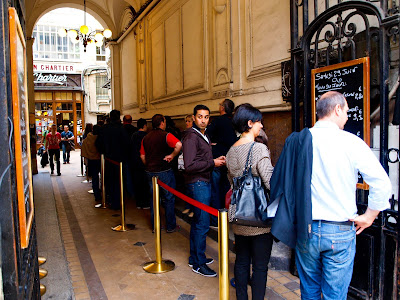 As we scuttled out of the restaurant, it was easy to see why they wanted shot of us - in the hour and a half we'd been inside, a huge queue of hungry punters had formed outside. A popular spot indeed - get there early!! 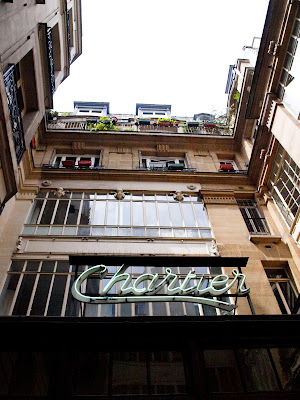 I was so pleased with our visit to Le Bouillon Chartier, despite the service issues it really was a brilliant experience. Despite the 'Frenchness' of it all, it didn't feel touristy and was actually full of French folk. I'm really grateful to Heather for the recommendation and I in turn would recommend it to anyone going to Paris and looking for an authentic eatery. 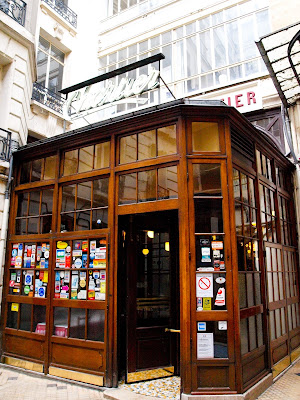 Posted by Jules at 7:27 PM
Email ThisBlogThis!Share to TwitterShare to FacebookShare to Pinterest