Last weekend was my legendary father's birthday and for part of his weekend celebrations I knew I definitely had to make him a good cake. 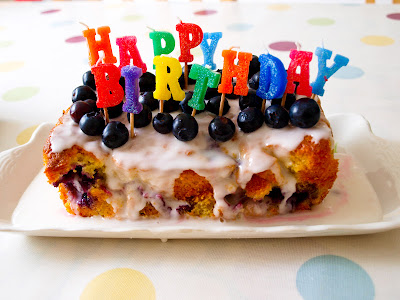 Bailey and I racked our brains for inspiration and for some reason decided he should have a loaf instead of a traditional cake. I don't know what it was about Roy that says "loaf", perhaps because we knew that he does bake often and might appreciate something a bit out of the ordinary. 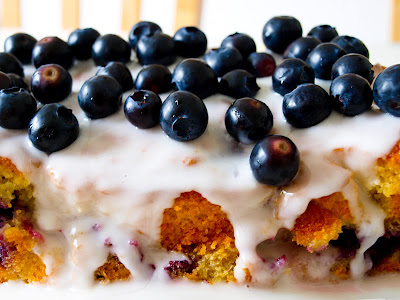 So Bailey searched high and low for the perfect loaf recipe on Food Gawker and found one for a Blueberry and Lemon Loaf that sounded ace - blueberry and lemon is a combo I've been hearing a lot about but hadn't tried yet. However, I really can't be doing with American recipes and their stupid cups measuring system so I had a look on good old BBC Good Food and lo and behold there was a Lemon Curd and Blueberry Loaf recipe just waiting to be made. 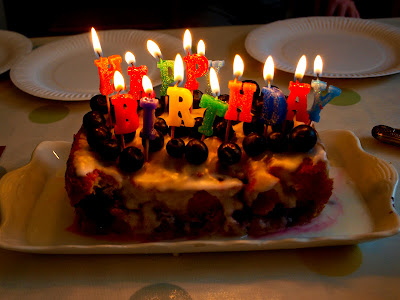 As it turned out, our instincts played a blinder as when we arrived in Sheffield, Roy had literally just baked a chocolate cake and my auntie Patricia had just brought round a Thornton's toffee cake, so my fresh and citrusy springtime cake was the perfect addition to the collection. 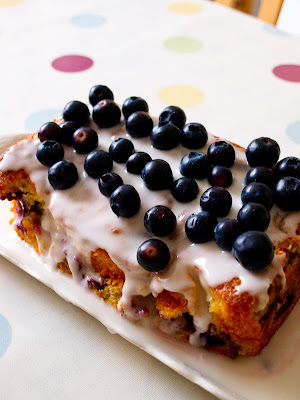 The baking went well and I do always enjoy a good session in the Morris kitchen. My only goof was taking the loaf straight out of the loaf tin when it came out of the oven and as a result it collapsed a little. To avoid this problem, I've put in the recipe below that it would be best to leave the loaf to cool in the tin for a while first. 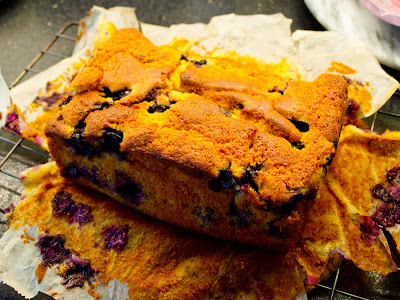 It didn't really matter anyway as once all the icing was drizzled around, the blueberries were scattered onto it and the candles were haphazardly placed around the loaf it actually looked quite cool. A shabby chic cake shall we say. 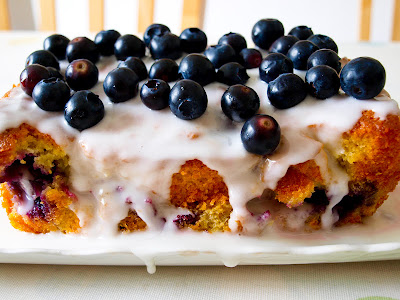 As it turns out we enjoyed the Birthday Blueberry and Lemon Loaf as part of some kind of crazy cake party that my mum organised with the neighbours. It was almost like a Clandestine Cake Club meeting and was fantastic - as it turns out my parents' neighbours actually love cakes and gave us loads of recipes. Result! 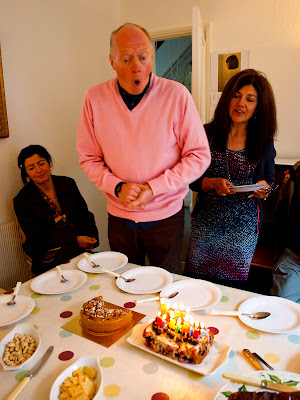 I think Roy loved his cake and I got lots of nice compliments. Good stuff. 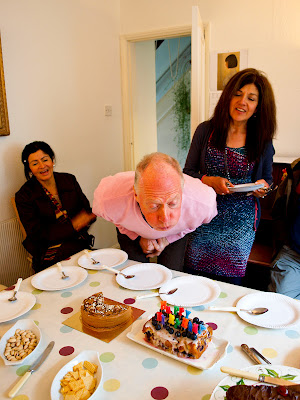 Preheat the oven to 160 degrees C. Grease and line a loaf tin. 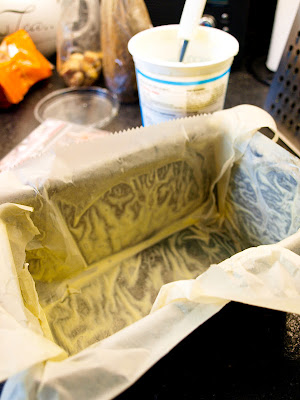 In a large mixing bowl, combine the yogurt, lemon curd, eggs, lemon zest, butter and caster sugar. Beat well. Sift the flour in gradually, making sure the mixture is free of lumps. 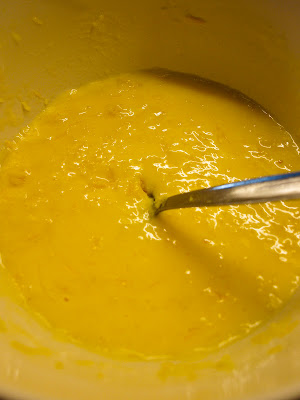 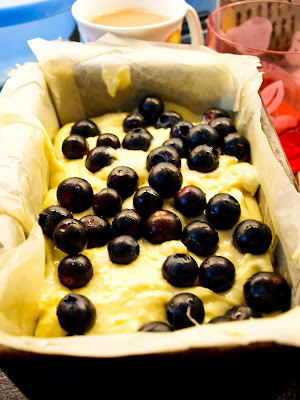 Place the loaf tin in the oven to bake slowly for around an hour and 15 minutes, or until the loaf is golden and a skewer comes out clean. 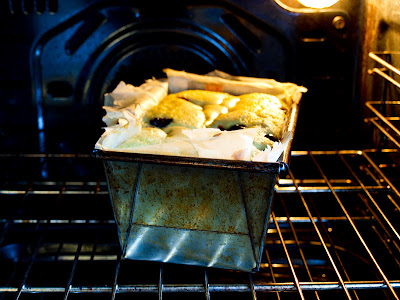 Remove from the oven and leave in the tin to cool for around 15 minutes, before transferring to a wire cooling tray. The loaf should be left to completely cool. 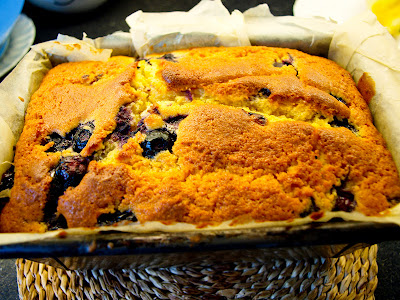 Meanwhile, place the lemon juice in a bowl. Gradually add icing sugar to taste until you have an icing that you're happy with. I went for mine quite liquid so it would be more like a drizzle. 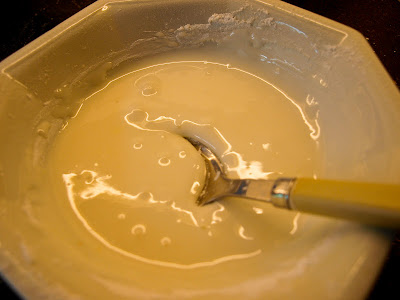 Drizzle the icing over the loaf and top with the blueberries. Pop your birthday candles on it and Bob's your uncle, a birthday loaf fit for a Roy. 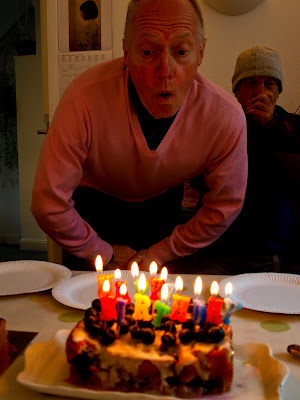 Posted by Jules at 7:17 AM
Email ThisBlogThis!Share to TwitterShare to FacebookShare to Pinterest