While organising this month's Clandestine Cake Club gathering at The Art of Tea, I decided to go for the theme of 'Cakes inspired by books' - to go with their cute bookshop, naturally. After I had stopped patting myself on the back for coming up with such a great theme, I suddenly realised... What a difficult theme. What on earth was I going to bake? 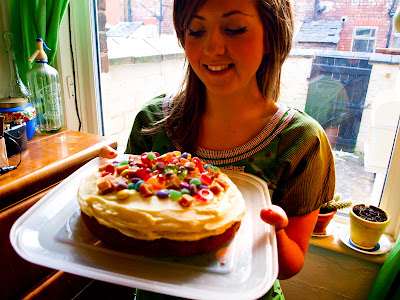 After wracking my for brains weeks on end, I finally came up with the idea of Hansel and Gretel. Hansel and Gretel were clearly legends due to the fact that the first thing they decided to do upon finding a giant gingerbread house was to eat it. 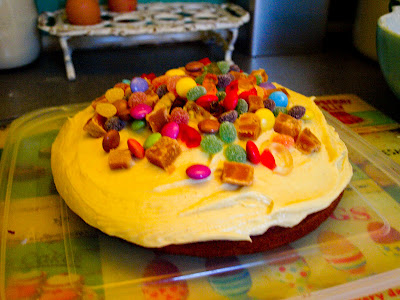 I didn't want to go for anything to complicated this time as I knew I was going to have a busy weekend before the event so I came up with the idea of doing a nice stodgy ginger cake topped with some white ginger icing and loads of sweeties, like what you get on gingerbread houses. A great opportunity to use the yummy fudge my foodie penpal for April bought me. I decided to use an amalgamation of two different Primrose Bakery recipes as well as a few of my own little tweaks. 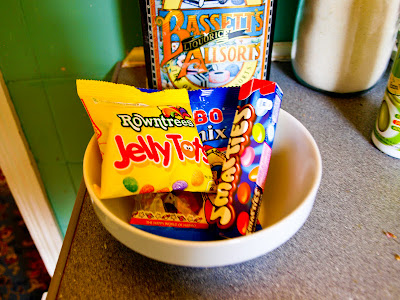 I had a bit of a disaster on the day. In fact I feel silly even writing this - I only went and forgot to put the butter in! The cake came out looking super weird and shiny but I couldn't face rebaking it as I'd already made one other cake that day. 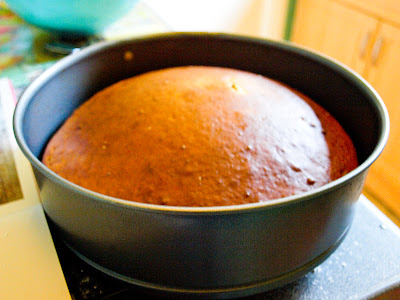 However, as it turned out I think I somehow almost pulled it off! The lack of butter sort of gave it a bit of a bready texture - quite like a bouncy gingerbread! And people at Cake Club said you couldn't tell at all! Yay! I quite liked the addition of the chewy bits of crystalised ginger which I also put in as an afterthought when I randomly found them in my cupboard! 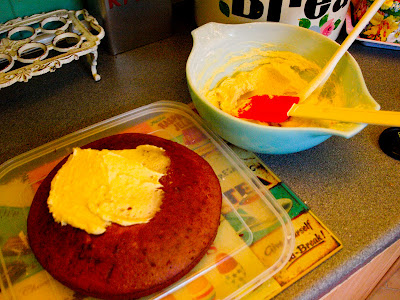 There were some really spectacular cakes at this particular event but mine didn't go down too badly and Hayley said she really liked it. I think I would even make it again and market it as a healthy cake! 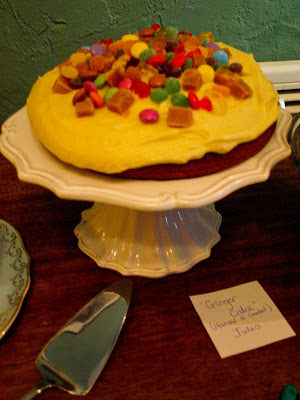 To serve
An assortment of different sweeties. I tried to get lots of different textures in - Smarties, Jelly Tots, Haribo and chopped up chunks of fudge. 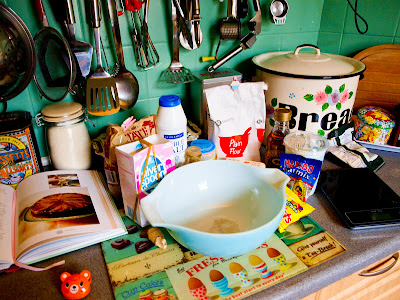 Preheat the oven to 180 degrees C. Sift the flour, bicarb, salt, brown sugar, and spices into a bowl. Chop up the crystalised ginger and put it in the bowl. 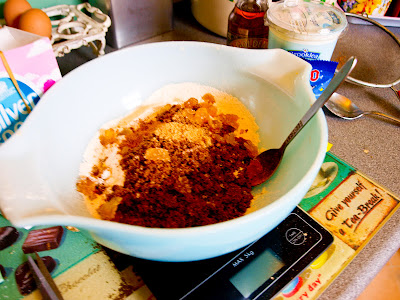 Gradually add the eggs and yogurt and mix until you have a nice batter. 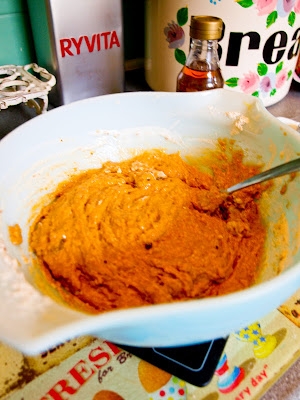 Spray a cake tin with cooking spray. Pour the cake mixture into the tin and bake in the oven for about 40 minutes, or until golden and cooked through. Leave in the tin to cool for 10 minutes before transferring to a wire cooling rack.

Meanwhile, make the icing. Beat the butter up until smooth and creamy. Add the lemon juice, ginger and golden syrup and combine. Gradually add the icing sugar until you get a lovely thick icing. 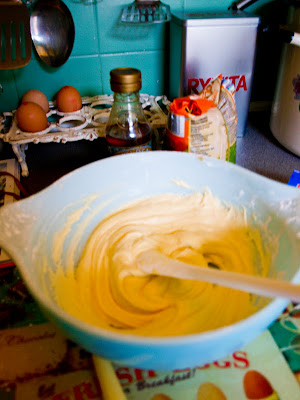 Ice the cake using a palette knife in a circular motion. 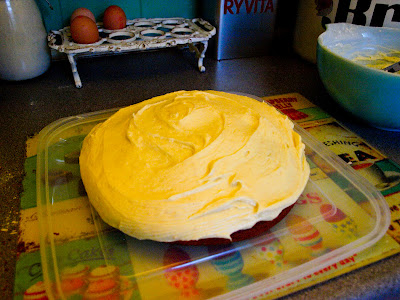 Top with loads of sweeties and hey presto! 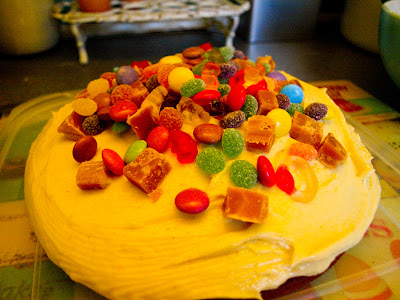 Posted by Jules at 6:02 PM
Email ThisBlogThis!Share to TwitterShare to FacebookShare to Pinterest