As it was my birthday on Saturday I wanted to invite all my friends to celebrate the day by eating some of my favourite food in my favourite little part of town: Japanese in Chorlton. Fab. The venue had been recommended to me by the gorgeous Miss Kathryn Driver and I was assured by loads of people on Twitter that it was an excellent choice. 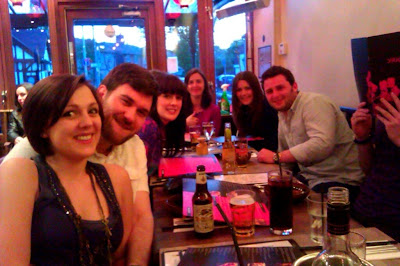 I was unsure how things were going to go down due to the fact we were a table of 25 and my usual experience of large tables is that something or other usually gets messed up - unless you are talking about the super efficient Mughli. Yakisoba is also a small, suburban restaurant and I wasn't sure how used to having massive tables of rowdy folk they were. However the main thing was having a good time which I already was as I arrived fashionably late (sorry) and a bit tipsy (sorry). Plus I was so happy to be there with lovely friends, especially the gorgeous Hannah May who'd come over all the way from Sheffield to be there. 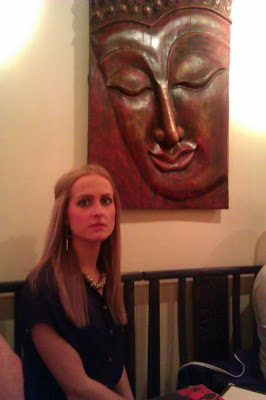 Initial thoughts were very good. I decided to have some water and a green tea to calm myself down a bit and the tea was lovely. For everyone else the alcohol was flowing and drinks didn't seem to be taking too long to come out. The food smelled excellent but I was finding the menu a little bit confusing - it was absolutely massive and I found I was having to concentrate really hard to read it all and take it in which was difficult due to me being the birthday girl and quite excitable! 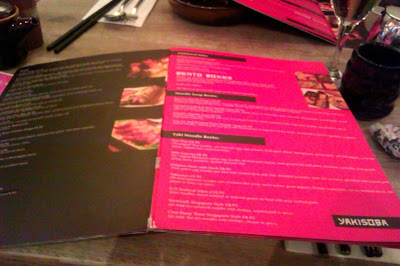 This meant the decision made about what to have for starter was made very hastily. Seafood Dumplings it was to be - the same as what Jeni next to me was having. These were absolutely amazing - I loved every bite and didn't want them to end. They comprised perfectly cooked scallops and prawns in a soft, sticky dumpling case. I have thought about them very often since. Yum. 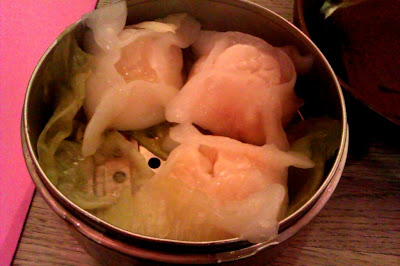 Hannah May and Steve's starter of Sizzling Mixed Skewers Hot Platter certainly caused a stir as it arrived making a real sizzly racket. These looked great and Hannah was saying after that the sticky sauce they were in was great. 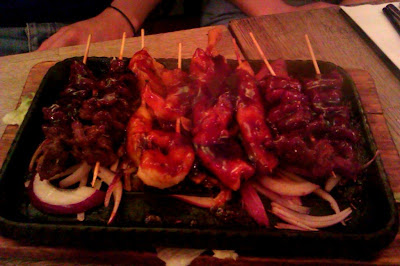 Bailey's starter was the Pork Siu Mai which were sort of the pork equivalent to my dumplings which Bailey loved and also lamented the fact he could have carried on eating them. 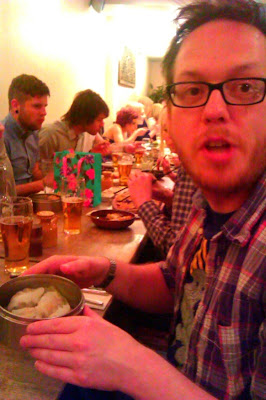 As the mains arrived, there was quite a bit of confusion as it seemed pretty much everything on the menu came accompanied by a Bento Box of Vegetable Soup, salad, Chilli Prawn Crackers, sweet cashew nuts and fruit. I loved this little addition, although it did take up quite a lot of space on the table, and thought the Chilli Prawn Crackers were really crispy and unusual. Jeni and I also discussed the soup and concluded it was "the best Miso Soup we had ever had" (it wasn't actually Miso Soup. Lol). Bailey however, was displeased with his bento as he was expecting some tempura veggies and / or Japanese pickles. 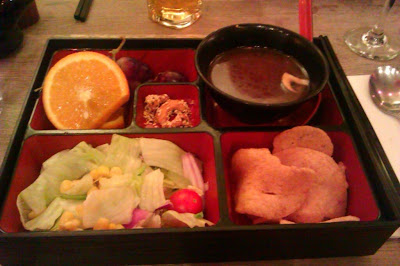 Anyway our mains were served and everyone seemed to be tucking in happily. I had ordered the Tiger King Prawn Thai Style Lomen which again was a panic-order of which I was a little regretful - beforehand I'd decided I really wanted to order something traditionally Japanese and I'm not a huge fan of sweet chilli sauce. It was still a lovely dish with amazing fat prawns and well cooked noodles but it was very heavy on the lemon / lemongrass (?) flavour. 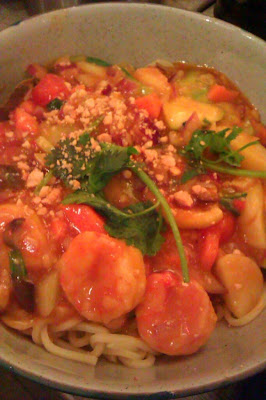 Bailey couldn't stop raving about his Mee Goreng and the bit I tasted was lovely. The only downside of there being so much food was that we all got quite full which then meant we were a bit sluggish afterwards! 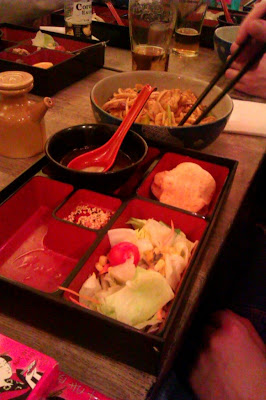 So far so good with the service too, perhaps a bit of confusion although I'd say that's to be expected with such a large group until, oh! Disaster struck, it turned out that both Nat and Doyle had ordered the Crispy Puffy Sea Bass with Spicy Punzu Sauce (amazing choice!) but that only Nat had received it. On asking the waiter he confidently replied "It's on its way" and ran off to the kitchen but then returned to say they were going to cook it for him. Doyle decided he wasn't actually hungry as he'd previously eaten "four halloumi kebabs" and asked them to remove it from the bill. Phew, not too much of an issue. 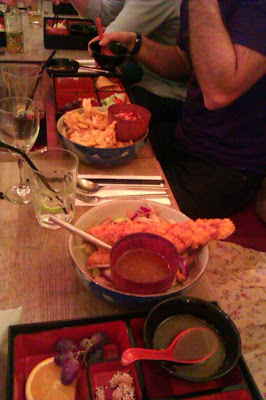 After dinner I was treated to the inevitable 'lights off happy birthday' in the form of a really lovely lemon cheesecake which I passed up the table but did eat most of myself. A very nice end to the yummy meal. 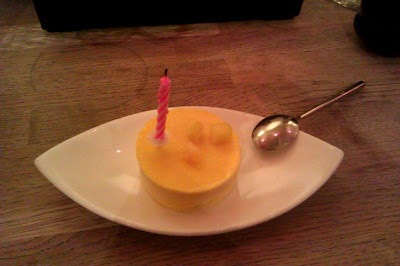 I had an absolutely wonderful birthday at Yakisoba and would like to take this opportunity to thank all my amazing friends who helped make the evening so special. Even Kat and Rob who had a previous engagement and couldn't come turned up as we were paying the bill which was a brilliant surprise bringing yet another smile to my face! 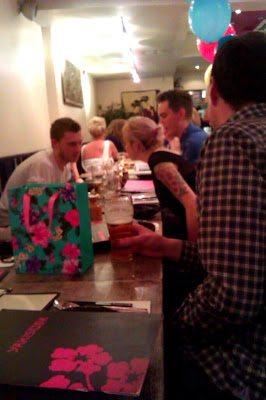 I would definitely return to Yakisoba but this time I would arrive 100% sober and read the menu properly to ensure I am getting exactly my favourite things. I was really pleased that so many people came to me afterwards to make a point of saying how much they'd enjoyed the food, a selection of quotes were "the food was unreal", "what a great choice" and "mine was 11/10". Great stuff. I was a bit disappointed that they didn't get our order spot on with the thing with Doyle's but I was expecting at least one thing to go wrong as it always seems to (except at Mughli) and I don't think it soured his experience as he told Bailey the next day that he would like to go back. I would really recommend Yakisoba as a cute and quiet Japanese dining experience with great food and its heart definitely in the right place. Great birthday stuff. 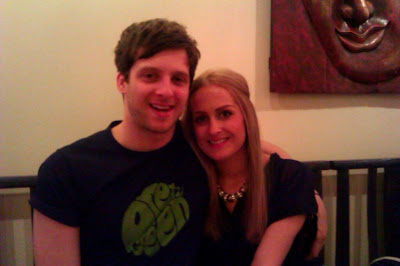 Posted by Jules at 7:16 AM
Email ThisBlogThis!Share to TwitterShare to FacebookShare to Pinterest