While in Vienna celebrating Christmas, my brother Steve cooked us up an amazing Seafood Fideuá. It was absolutely delicious! 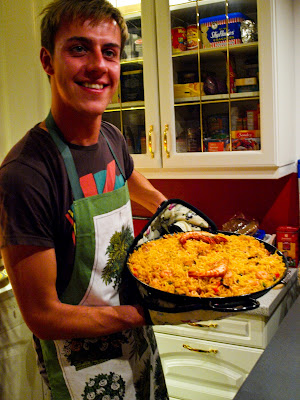 I love Fideuá - it's a Valencian dish and is a lovely alternative to paella as it uses tiny noodles called fideos instead of rice and is served with a garlicky allioli which adds it another great bit of flavour. 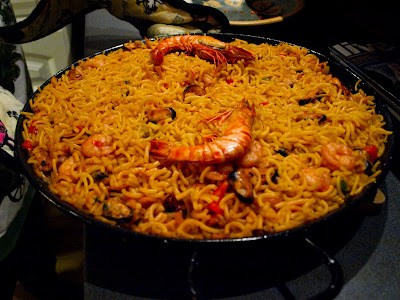 Steve and his housemate Danny have been cooking Fideuá since they first started living in Barcelona and have gotten really good at making it over the years. Even more impressive is the fact that they were never actually taught how to make it and sort of worked it out for themselves with a bit of advice from Spanish friends. 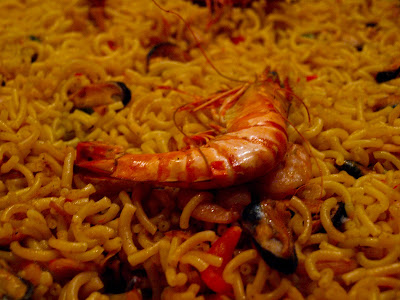 The Fideuá Steve made over Christmas was amazing - my auntie Diana got hold of absolutely loads of amazing quality seafood and I was fascinated to see him preparing it all - I didn't even know Steve could cook! 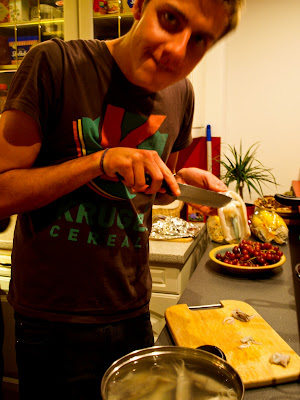 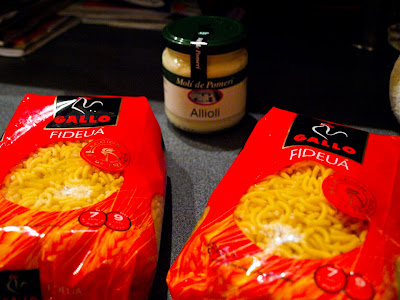 The result was the most delicious Fideuá, packed with bags of flavour and loads of beautifully cooked yummy seafood which left a lovely garlicky flavour in my mouth. Mmm. 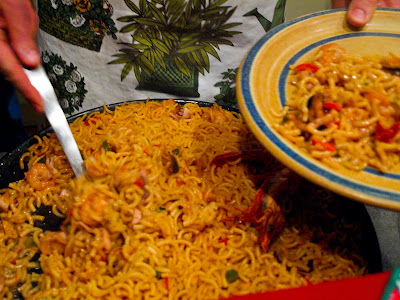 Steve's main tip for making the Fideuá was to make sure the fish stock you cook the pasta in is as fishy as possible and other than that, "don't worry"... 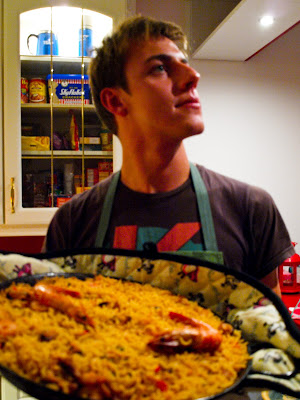 Great stuff. Well, I was lucky enough to get the recipe from Steve so that we can all enjoy it in the future. I for one am looking forward to wowing my pals with a scrummy Fideuá treat in the next few months! 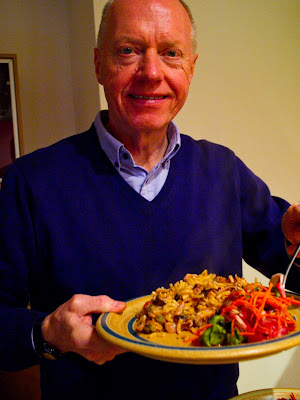 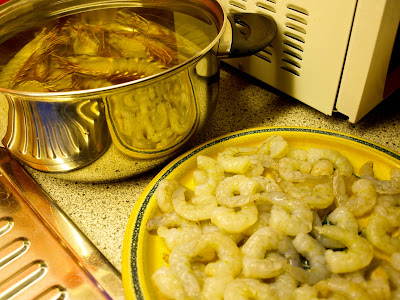 Start by preparing all the seafood. Remove the insides of the squid, remove the shells of the prawns etc. but ensure you keep all the bits you have removed as these will go in to make the stock extra fishy. Steve stresses that the stock needs to be as fishy as possible so for example if you have defrosted the seafood in some water, keep that to make your stock. 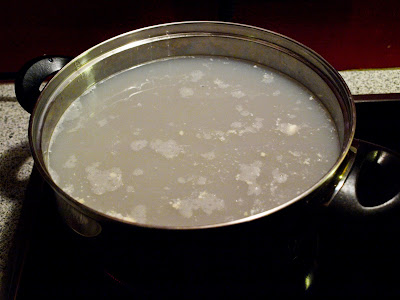 Also prepare the vegetables - chop the garlic and peppers. Grate all the tomatoes up and but discard the skins. As you can see from this photo, Roy helped with this task. 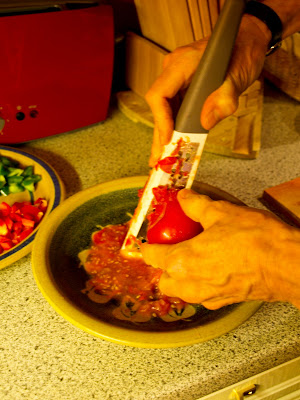 Put the fish stock - with all the unwanted bits and bobs from the seafood in - in a large pan and bring to the boil. Leave to simmer. Heat the paella pan up over a moderate heat and add a nice big glug of olive oil. Fry the garlic, peppers and tomatoes until soft. 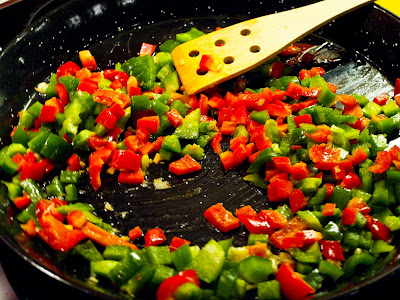 Add the squid and cook until almost tender. Then add the rest of the seafood and cook "until you're sure you're not going to kill anyone". 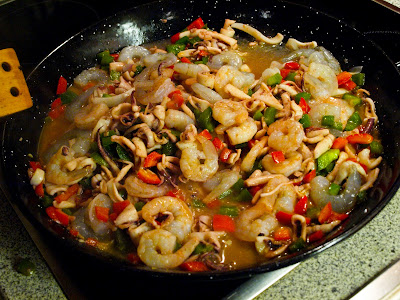 Add the fideos and stir around with the rest of the ingredients. 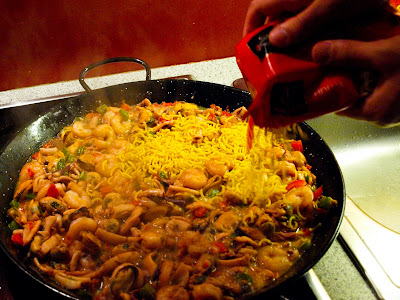 Meanwhile, drain the fish stock, removing all the bits and bobs and keeping the stock. 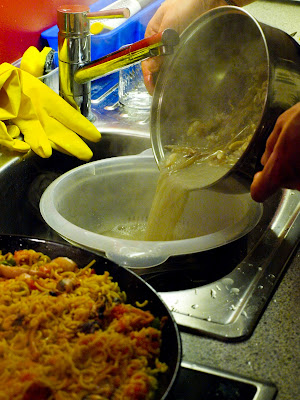 Fill the paella pan with the fish stock to the top. 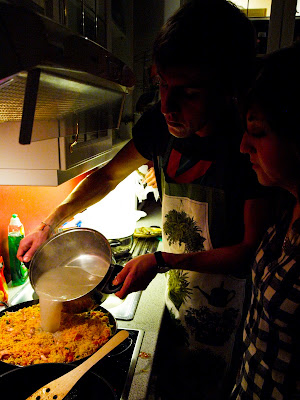 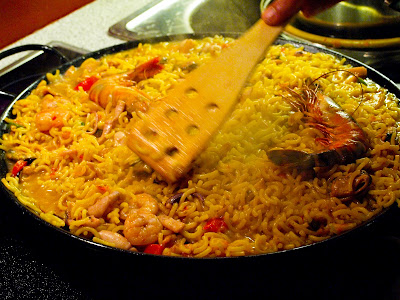 If you like your Fideuá crispy on top, you can place the paella dish under the grill for a couple of minutes before plating up. Serve with a lovely big blob of the allioli and some nice pan con tomate - bread rubbed with tomato. Delicious - thanks Steve and Danny! 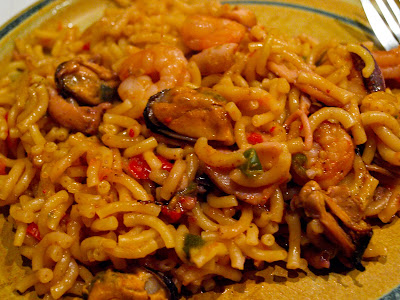 Posted by Jules at 10:41 AM
Email ThisBlogThis!Share to TwitterShare to FacebookShare to Pinterest