This Baked Bean and Sausage Casserole is a dish that Bailey and I came up with last year. We ate it quite a lot because it is so easy to make and is perfect comfort food for winter days. It is also healthy and hearty and really fills you up. 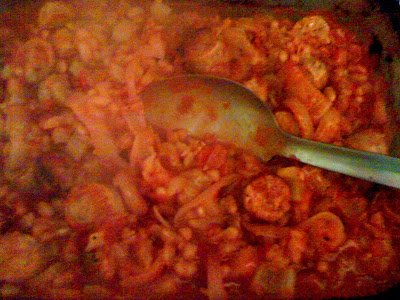 I have to say this dish is not posh or pretty at all and I would never consider feeding it to guests, especially not in the way me and Bailey slopped massive portions of it on our plates then ate it in front of MasterChef on the telly the other night... 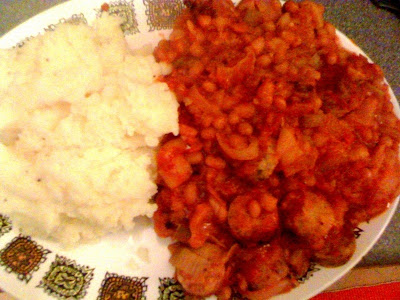 However, I'm really glad we came up with it as it's a really satisfying meal and although it does take a while to cook, it basically just requires you to chop up a load of stuff, bung it in the oven then leave it. I imagine it would be possible to make it in a slow cooker so that you could put it on in the morning, go off to work then hey presto - casserole ready to eat as soon as you got back! 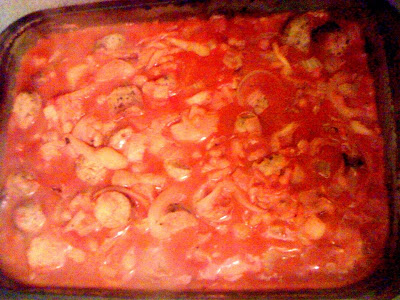 This casserole is also really cheap to make as it only contains a few basic ingredients. You could pretty much use any type of veg you had knocking about the house, but I really recommend using leek as one of the veg as it's sooo tasty!! Begin by heating your oven to 220 degrees C and getting it nice and hot. Put the sausages in the oven in a large casserole or deep oven dish and cook until ready to be chopped into bite-size chunks. 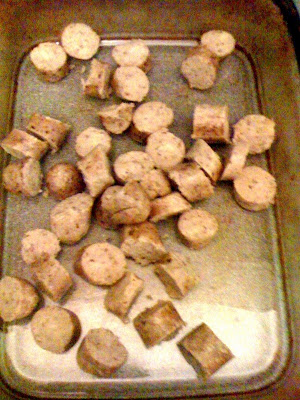 Chop up all the veg into chunks. 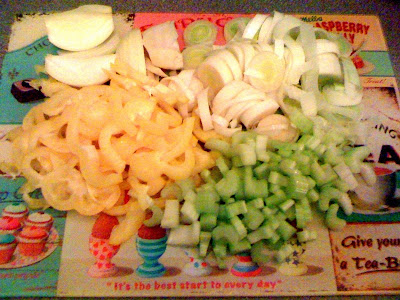 Mix the veg up in the oven dish with the sausage chunks and add some salt and pepper. 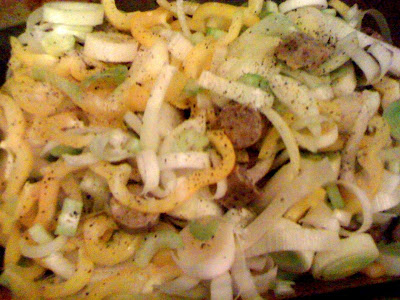 Pour the tinned tomatoes and beans into the dish and add a few good pinches of paprika and cayenne pepper  to taste. Stir well. 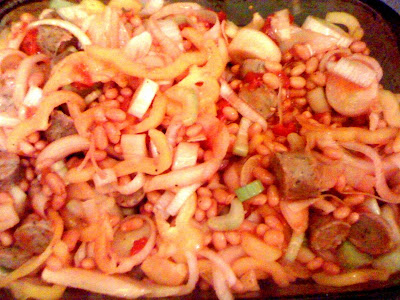 Cover the whole dish foil or if you are using a casserole, put the lid on. Place in the oven and leave for about an hour and a half. You can come by every half an hour or so and have a peek and give it a stir if you like although I don't think that's too necessary. 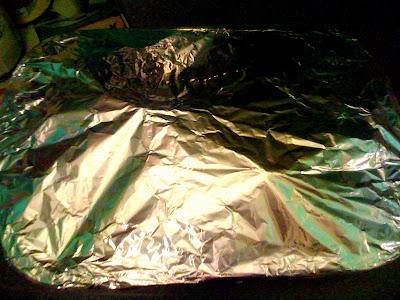 We decided to serve our casserole with a nice bit of cheesy mashed potato, so one of the things I did while the casserole was cooking was peel and cut the potatoes ready to be boiled later. 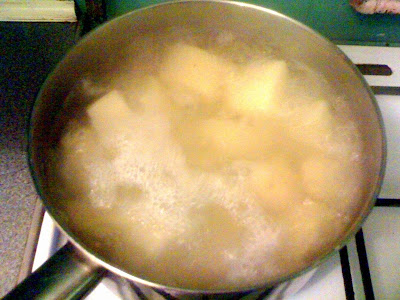 After the hour and a half has passed with the casserole in the oven, take out the dish and uncover it. Place it back in the oven, uncovered, for about half an hour while you prepare the potatoes or whatever you are having on the side. Stir every ten or so minutes - this will get a nice bit of colour onto the sausage bits and thicken the sauce up a bit. 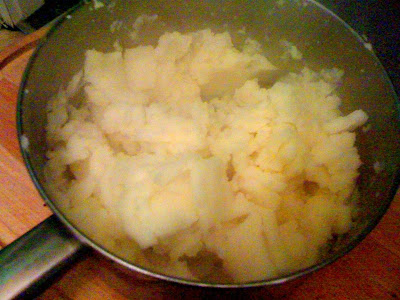 Take the casserole out of the oven and serve! 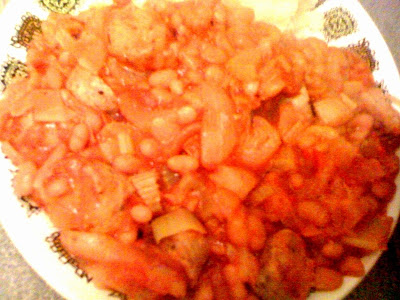 It does come out of the oven pretty piping hot so be careful with those roofs of mouths! 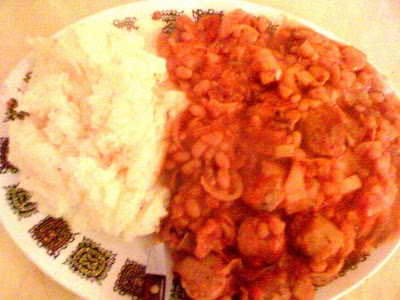 Posted by Jules at 9:06 AM
Email ThisBlogThis!Share to TwitterShare to FacebookShare to Pinterest