Yesterday I made some pizza dough for our Sunday afternoon treat, using our trusted old Delia recipe that we always use. In terms of toppings however, I wanted to make something a little bit more unusual and a bit more posh than our usual roast veg and mozzarella affairs. 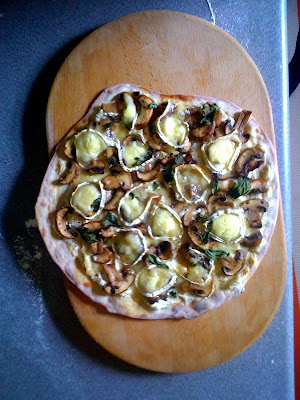 We had some lovely French-style goat's cheese that my mum and dad actually bought us on holiday in Spain. I love chèvre chaud the way you get it in on toasts in lovely salads in France - gorgeous little pools of flavoursome goat's cheese... you can't beat it! Mmmmmm... So I thought we could create this effect on our pizza. 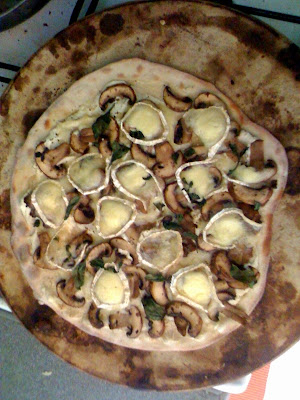 Also, instead of a tomato base I used a thin layer of seasoned ricotta cheese. Bailey was really worried this would make the pizza quite dry but along with the mushrooms it actually had the opposite effect and the pizza was really lovely and moist and creamy. 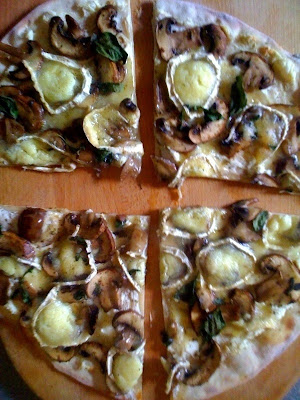 In fact the pizza turned out delicious - Bailey even said as he ate: "This is one of the best things you have ever made", which of course made me as proud as punch! He compared the pizza to the pizza rolls they sell at the Arndale Centre and said that the base was more soft and moist than our usual pizzas while still thin and firm like a New York pizza. He thought the toppings were unexpectedly "complex" and all the flavours worked together. I liked it so much that as soon as we had eaten it I had to stop myself from making another batch of pizza dough! 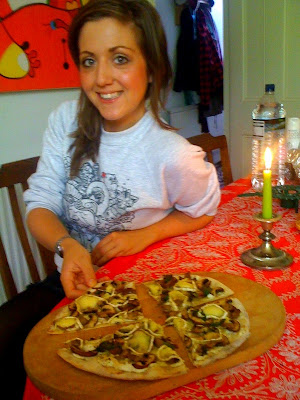 We're definitely going to make this same pizza again and have been thinking of alternative cheeses we could use and thought it would also work really well with some kind of pesto drizzle on top. 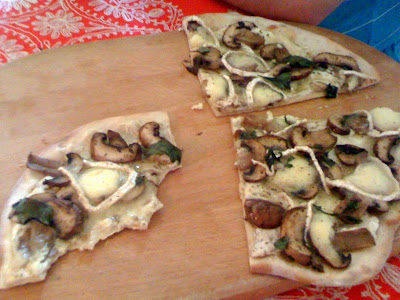 For the pizza base:
110g plain flour
A teaspoon of salt
60ml of hot water
1 teaspoon of yeast
1 tablespoon of beaten egg

Whisk the hot water and yeast together in a measuring jug and put to one side for 15 minutes. Sift the salt and 100g of the flour together into a bowl. Make a well in the centre of the flour and pour the yeasty mix and egg into it. 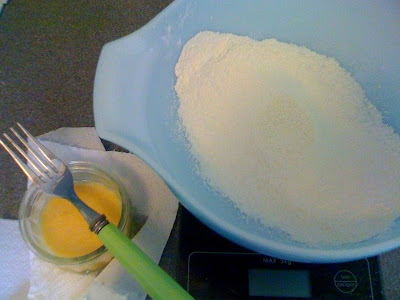 Mix together using your hands until a nice dough is formed. Give the dough a damn good kneading, preferably for about 10 minutes, although it seemed to work fine that I only had three minutes of kneading time as Bailey and I were about to go to the cinema. Cover the dough with cling film and leave in a warm place to rise for a few hours. Bailey turned our oven on to the lowest temperature and left the bowl in there while we were at the pictures which worked a treat.

Once the dough has risen and you are ready to start working with it, knead the air out of it.

Preheat the oven to 240 degrees C, or maximum temperature. If you have a pizza stone, put it in the oven to heat up nice and early. If not, heat up the oven tray you are going to use.

Meanwhile, prepare the pizza toppings. Mix the ricotta with some salt and pepper. Cut the goat's cheese into very thin circles using a sharp knife. Chop the mushrooms up nice and thin and fry them for two minutes. Turn off the heat and add two teaspoons of oregano, some salt, pepper and the lemon juice and stir. 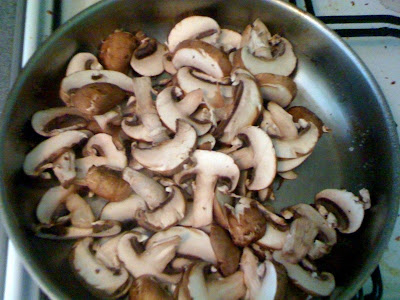 Sprinkle the remaining flour onto your work surface and rolling pin. Take the dough and roll it out really thinly until it has a diameter of about 10-12 inches. 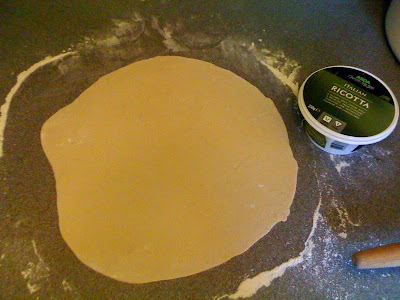 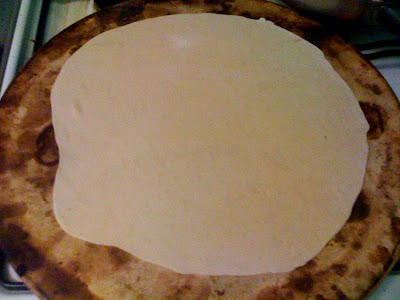 Spread the pizza base evenly with the ricotta leaving a little crust for you to pick up the pizza round the edges! Sprinkle with the remaining oregano. 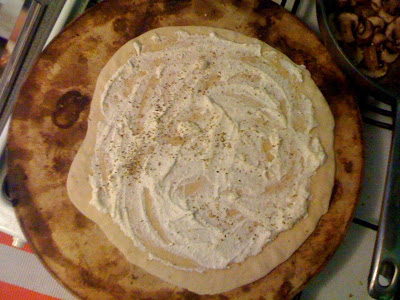 Top the pizza with the mushrooms. 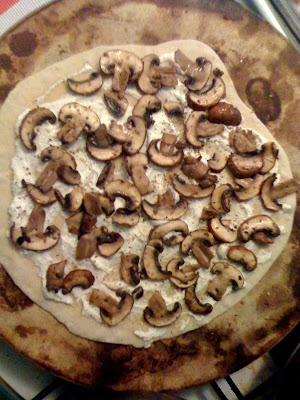 Place the goat's cheese circles evenly spaced around the pizza. 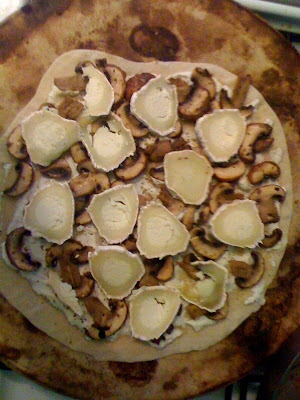 Sprinkle some basil leaves around the pizza before putting in the oven for around 5 minutes. 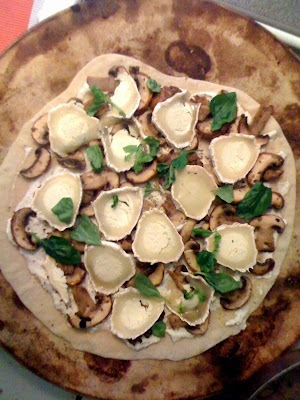 Once the pizza has been in for 5 minutes, check that the base looks nice and crispy around the edges. If it doesn't, give it another minute or so but be careful not to overdo it as the pizza won't take long at all to cook in the hot oven on its hot surface. 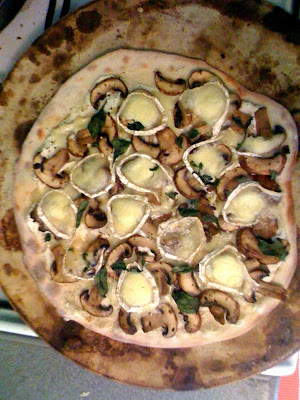 Slice the pizza on a wooden board and share with your nearest and dearest. A truly lovely, unusual and delicious posh pizza! 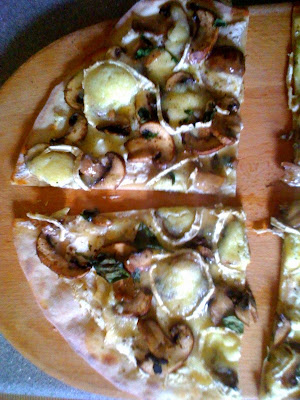 Posted by Jules at 5:40 PM
Email ThisBlogThis!Share to TwitterShare to FacebookShare to Pinterest