We were recently given a rather large amount of delicious organically-grown produce by my lovely Auntie Patricia and Uncle Dave from their allotment and back garden. Included in this was a bag of beautiful apples big enough to choke a donkey. 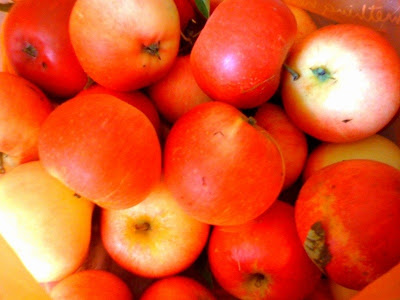 So I decided I would have a crack at baking some healthy cinnamon apple cakes with cream cheese. It all sounded a bit wacky to Bailey, and I frankly had no idea what the hell I was doing as I have never put chunks of apple in cupcakes plus where was I going with this cupcake / muffin hybrid idea?

While I was making the cakes, the mixture looked and smelled like some kind of healthy breakfast (and actually these bad boys would be quite good for breakfast), and the cakes are relatively low in fat and don't contain any added sugar. 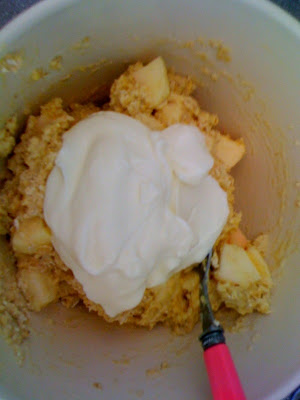 So considering that, they turned out pretty good! We absolutely loved the flavour of the cakes, they looked really pretty and I loved the texture of delicious bits of slightly-crunchy, sweet apple in the cakes. 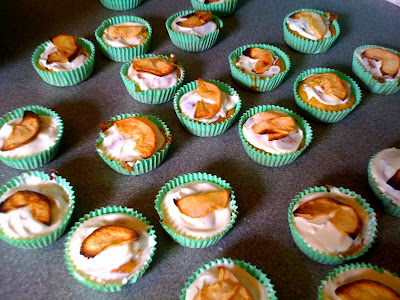 Bailey really liked them and said they tasted like a "apple pie pudding". So although these cakes were a little confused, they tasted good.
As a last-minute brainwave, or maybe a cunning ploy to use up some more of the apples, I whipped up some little apple crisps to go on top of the cakes which were a great extra texture. 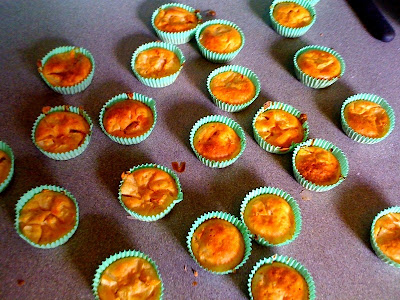 Considering I didn't have any idea what I was doing when I made the cakes, something had to go wrong of course. Unfortunately the cakes got a little bit stuck to the paper cases and, although it got a bit better after a  night in the fridge, it was still pretty difficult to get them out. So next time I think I will try out using some of those silicone case jobbies.
If anyone has any feedback on suggestions to get these not to stick to the paper cases, please let me know! Cheers! 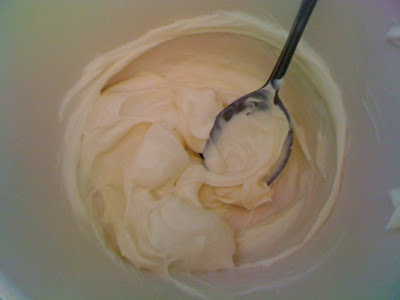 For the Icing:
200g Cream Cheese
Sweetener to taste (I used Splenda but you could use icing sugar, brown sugar, honey, maple syrup... etc)

Preheat the oven to 180 degrees C. Line a cake tin with cake cases (preferably silicone ones). Chop the apples into small cubes and put them in a bowl with the lemon juice. Toss the apple chunks in the lemon juice. 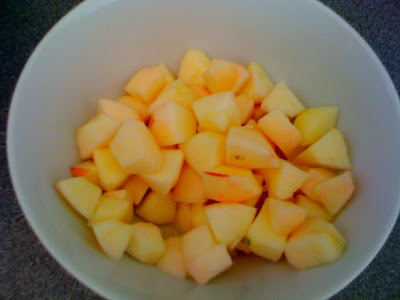 Sift the flour, salt and baking powder into a bowl with the oats. 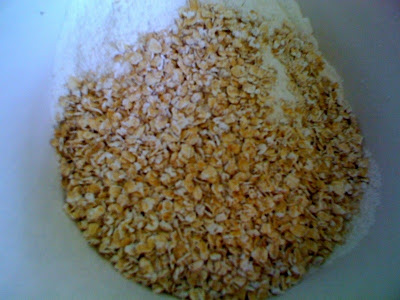 Add the apples, the vanilla extract, the yogurt, the cinnamon, eggs and milk to the bowl and stir well. 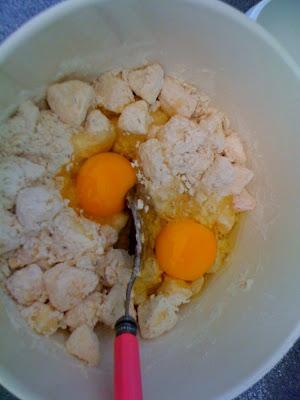 Transfer the cake batter to the cake cases and fill them about two-thirds to the top before putting in the oven for around 25 minutes, or until golden brown on top. 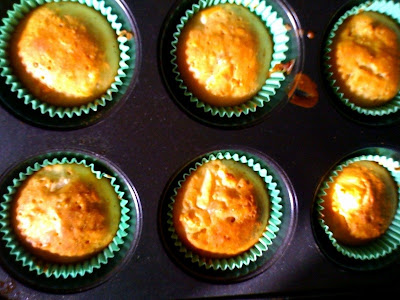 In the meantime, you can be getting on with your icing by adding your chosen sweetener to the cream cheese. You can also prepare the apples for the apple chips, by thinly slicing peeled and cored apples to make disks of apples before cutting down to size, putting onto greaseproof paper on an oven tray and spraying with cooking spray. 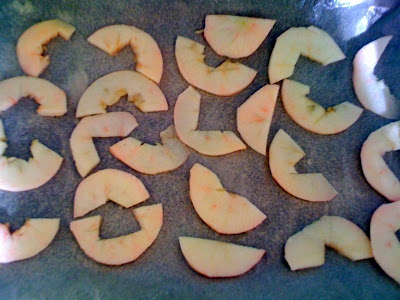 Once the cakes are out of the oven and cooling down, turn the oven up to 200 degrees C and add your apple crisps and cook for 10 minutes or until golden (check these  though - they cook so quickly and I burned my first batch!) 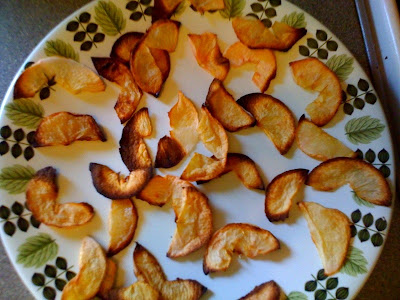 Top the cakes with a blob of the sweetened cream cheese and spread around a bit. 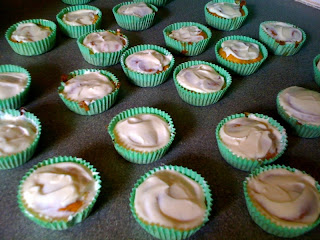 Top each cake with an apple crisp and enjoy!

Posted by Jules at 8:12 PM
Email ThisBlogThis!Share to TwitterShare to FacebookShare to Pinterest