Pumpkin Fusilli with Feta and Sage

Like last year, due to my love of bargains and "getting into things", we seem to have ended up with TWO pumpkins. One of them is so massive it's actually quite ridiculous but I saw it on sale in Withington for £2.99 and I couldn't resist. 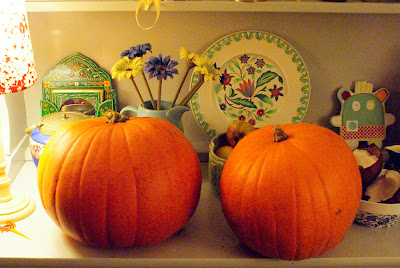 So last night I decided to tackle the beast and cook up something yummy for our dinner. I am always surprised at how easy carving a pumpkin actually is and once again it was pretty easy even if this massive one did involve quite a bit of elbow grease. 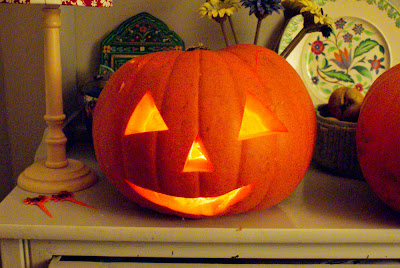 As you'd expect, the pumpkin produced quite a lot of flesh so I kept about 300g of it back to make Pumpkin Donuts, then used the rest to make a Pumpkin Fusilli with Feta and Sage, inspired by Simon Rimmer's warm pumpkin and feta salad I saw him make on Saturday at North West Food Lovers' Festival. 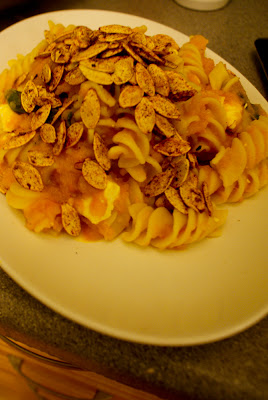 As I had also heard that roasted pumpkin seeds are "the mad note" I decided I would try to toast some off with a bit of salt and paprika and pop them on top of the pasta for a bit of texture and flavour. 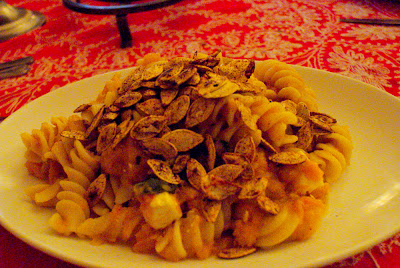 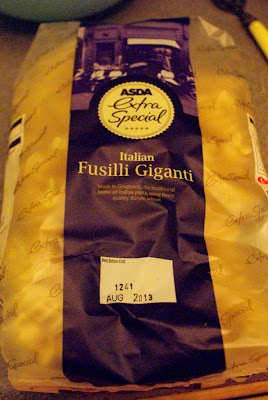 Although the dish turned out pretty tasty and an ace way of using up pumpkin, there are definitely a few tweaks I would make for next time. Firstly, I was not a fan of the pumpkin seed addition. I don't know who it was that was banging on about toasted pumpkin seeds and maybe I did them wrong but they weren't good. Too sharp... in the literal sense of the word! 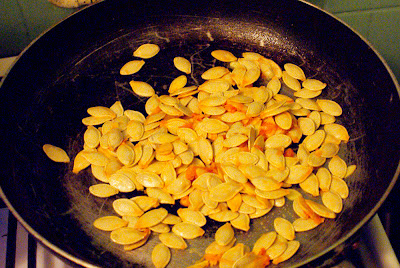 Secondly, I would chop the sage up nice and fine rather than in large leaves so the flavour was more equally spread out. Finally, I would crumble the feta up rather than have it in large blocks as when you got a bit on your fork with sage, pumpkin, pasta and feta it was really awesome! 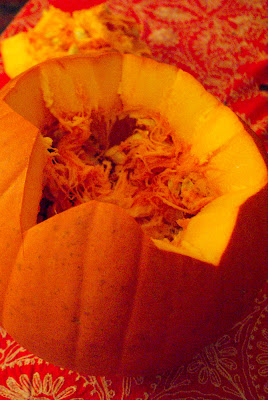 Recipe (serves 4):
The flesh of an average-sized Pumpkin
The seeds of a Pumpkin (Optional! I personally would opt out!)
400g Fusilli Gigante
A few pinches of Paprika
170g Feta Cheese
28g butter
15 Sage leaves
Salt and Pepper

Start by  chopping up the pumpkin flesh nice and fine before adding it to a large pan which has been sprayed with cooking spray. 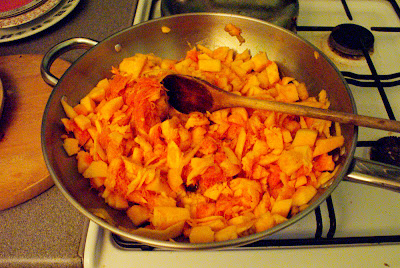 Cook the pumpkin down for around 15-20 minutes or until tender. Meanwhile, cook the pasta to the packet instructions in salted water and, if using, start to toast the seeds off. When the seeds are brown and toasty, sprinkle them with paprika and salt, cook for a couple more minutes then remove from the heat. 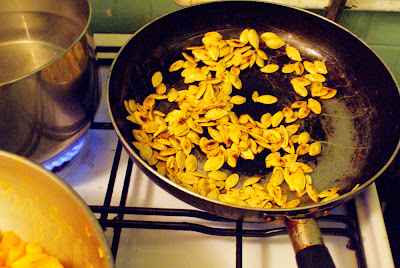 Blend up the pumpkin flesh to make a pumpkin purée. 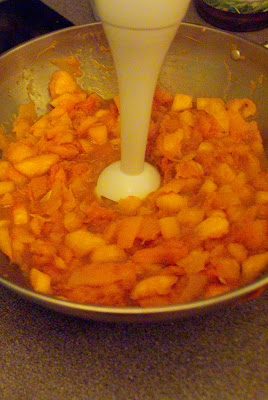 Melt the butter in a large pan. 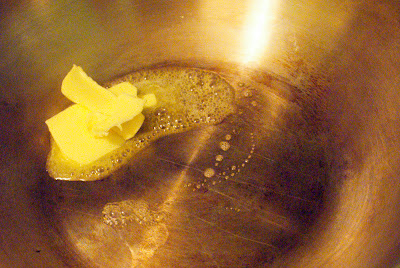 Chop up the sage leaves finely (I didn't do this but recommend that you do) and add them to the melted butter and fry for a good few minutes. 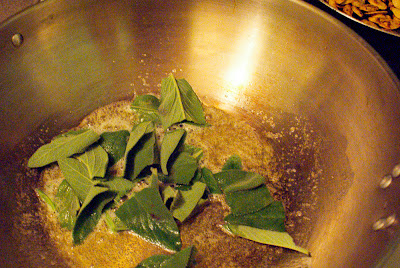 Add the pumpkin purée to the sage and butter and allow to cook for a few minutes. 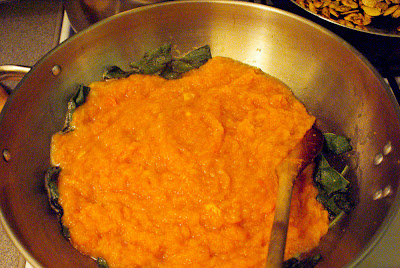 Meanwhile, drain the pasta before adding it to the pan with the pumpkin sauce and stirring well. Crumble the feta into the sauce. 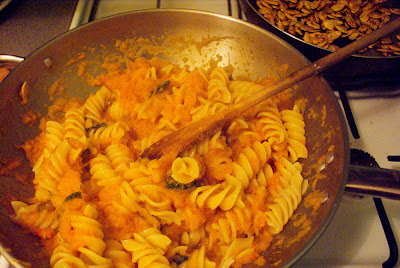 Transfer to a plate and, if using, sprinkle with the toasted pumpkin seeds and serve. 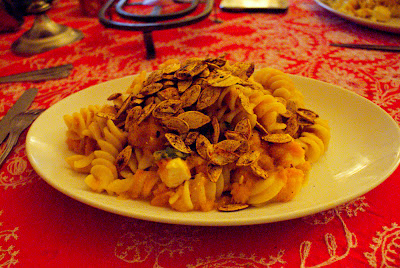 Posted by Jules at 11:21 AM
Email ThisBlogThis!Share to TwitterShare to FacebookShare to Pinterest