Following on from last weeks visit to Al Frash in Birmingham we decided to cross another restaurant off The Guardian's list of the Top 10 UK Curry Houses. This week was the turn of Moon Restaurant back in our home town of Manchester. We went along with a big group who had all been before and had given mixed reviews but we had always loved the garlic odours the building emits so hopes were still high. 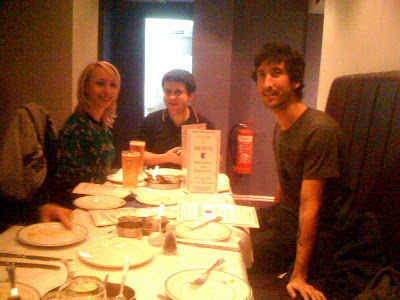 On arrival there was a little bit of an issue in that our table was not ready and we were told to come back in ten minutes. We came back in ten minutes and the table still wasn’t ready. Another ten minutes of standing around at the bar and our table was ready after the staff nipped next door to grab some extra chairs from Fuel. Not a great start but the staff were super friendly if a little bit disorganised so it wasn’t a problem. 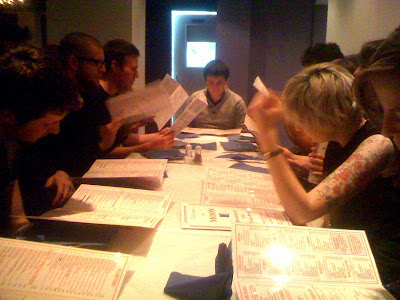 Once sat down the lengthy ordering process began but again it wasn’t a problem that it was slow because we had the great poppadoms and pickle trays to be getting on with. The poppadoms were salty and fresh while all the pickles were finely chopped and sweet, definitely unlike any other pickle tray I had eaten before. The question came: “More poppadoms?”, as we were on a budget there were a few hmmmms and some hesitation to which the waiter informed us: “They are complimentary”. A cheer went out that drownded out the rest of the lager louts who were in for their Friday night curry.

I went for the Chicken Karahi having never had a Karahi before but this was the recommendation of the Guardian. I was nervous to not be ordering my usual Chicken Jalfrezi but I was determined to try something new. When I got my Karahi it really was a lot like a Jalfrezi but a little sweeter and not as hot with a strong cumin taste. It was brilliant. Definitely the best curry of recent memory. 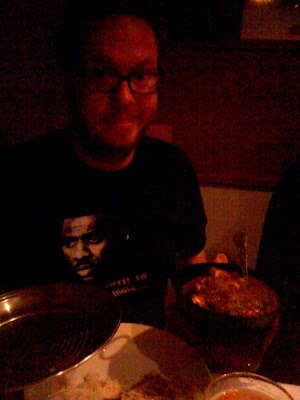 Not too oily, the quality of the meat was exceptional and when paired with the almost genocidal levels of garlic on the nann bread was an absolute delight. 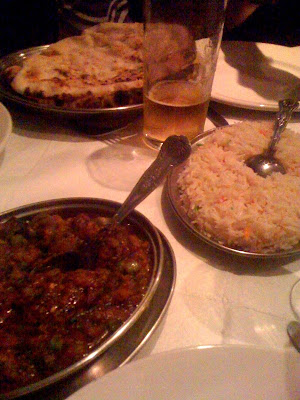 Jules went for the Vegetable Jalfrezi. She really liked it as the veg was really well cooked and tender, particularly the aubergines which were outstanding. This was accompanied by a salad which is always a bit of a gamble in a curry house but this one was a cracker, super fresh and well presented. 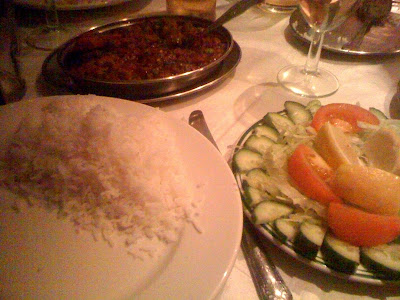 Everyone really liked their food as far as I could tell but there was only one downer. It took over an hour for the food to be served from the time of our order. Now it was quite full and it wasn’t really the end of the world as we were quite happy to have a drink and carry on demolishing the complimentary poppadoms but I was actually starving by the time the food arrived after 10pm. 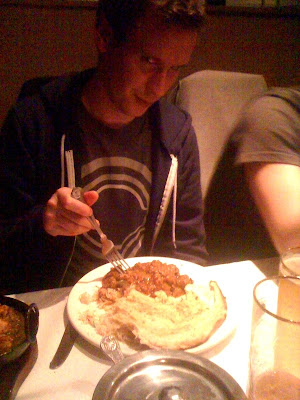 Once again though the staff were all super friendly about it and even provided everybody with a complimentary shot of either sambuca or amaretto. An odd end to an Indian meal but very much appreciated! 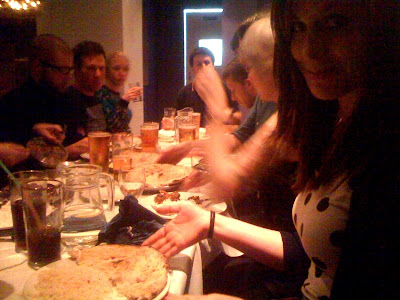 All in all it was a cracker. The food for me was brilliant and although the service was a bit slow they were incredibly welcoming. Will definitely be making an effort to go here rather than just walking down to our usual Curry Mile restaurant. 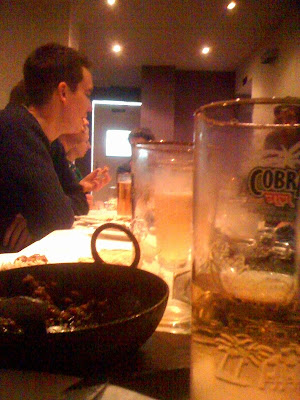 Posted by Bailey at 4:24 PM
Email ThisBlogThis!Share to TwitterShare to FacebookShare to Pinterest