Yesterday we paid a visit to Tatton Park's North West Food Lover's Festival. Having heard that this is pretty much the North West's best foodie event of the year, I was pretty excited. In fact, I was so excited that on the day, when I woke up at ridiculously-early o'clock, I genuinely started whooping and rolling around in bed - kind of like Christmas Day when I was six. 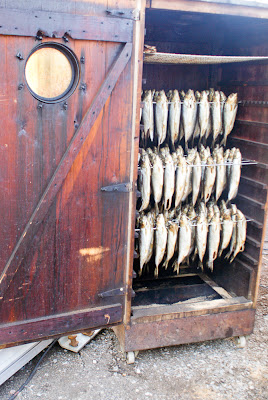 It was an unexpectedly glorious day which was ace, and the beautiful views of the deer and sheep at Tatton Park on our way in made for a fab start to the day. 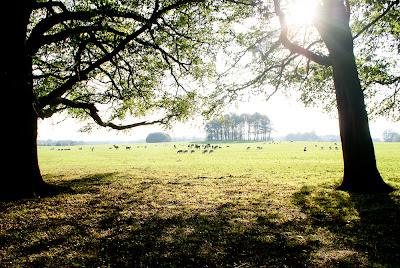 Another fab start to the day was a pot of hot porridge, which we immediately snapped up for a bargainous 50p from the Mornflake stand right by the entrance to the food festival. The Mornflake man explained that these Oats2Go were "like porridge Pot Noodle"... not the classiest start to our foodie day but we thought they were perfect for us to take to our camping trip next weekend. 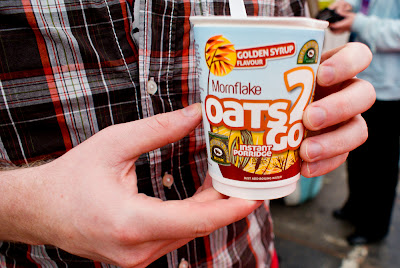 Our next stop was Beaulea's Cake Studio which had the most amazing cakes and cake pops. We tried their awesome rum truffles which were out of this world, as well as their strawberry cupcakes which were lovely and light with an amazing icing that tasted uncannily like strawberry Mini Milks. 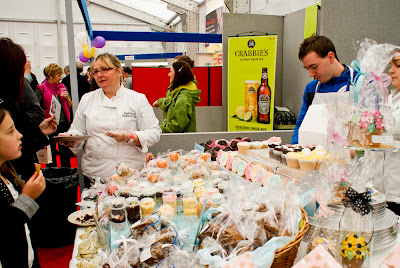 Bailey couldn't resist one of the warm Cornish Pasties on sale by Orchard Pigs - producers of homemade pies and pastries. Bailey commented "Pasties don't get any better than this" - he loved the buttery pastry and high content of good quality meat. 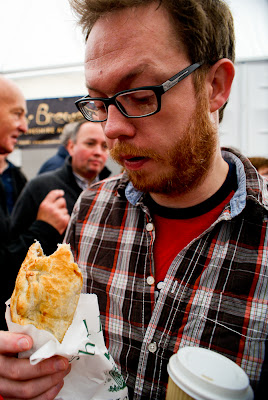 We were so impressed that we nipped back later to buy some mini loaves (4 for a quid, bargain) from the lovely Orchard Pigs gentleman. 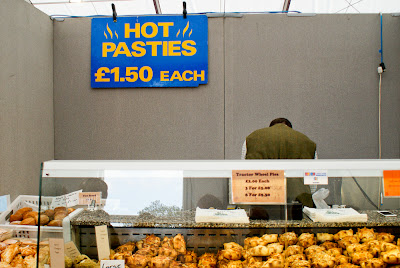 Bailey also got a lovely meat and potato pie to take home from Shirley's Pies of Distinction which was "one of the best he has ever had". It went particularly well with the Welsh Black Bitter from Llangollen Brewery in front of Saturday night telly. Lovely stuff.

Anyway, what with the festival being in Cheshire and all, there was a LOT of cheese on offer and we sampled many delicious varieties but our favourite by far were those on sale by the lovely man at Lymn Bank Farm. Not only was he very forthcoming with the samples and clearly passionate about cheese, but his was the most flavoursome and creamy we tried all day. We bought a Lymn Bank Strongest Mature Cheddar which we very much enjoyed last night accompanied by the aforementioned mini loaves. 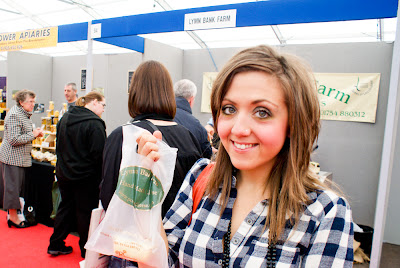 There were loads of chilli jam / pickle / hot sauce people floating around and we had lots of fun trying them out (including one unfortunate event involving a bhut jolokia chutney) but the ones that really impressed us were Mr Vikki's and we snapped up three bottles of their super spicy Hot Stuff Scotch Bonnet and Mango sauce for £7.50. 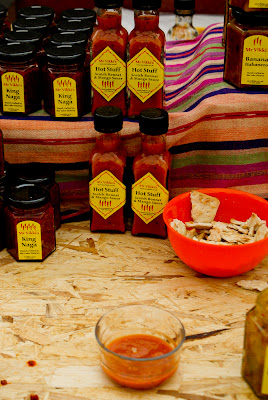 We loved the posh baked goods on sale by The Ginger Kid although we got the impression the equally posh ladies manning the stall were rather unaccustomed to people such as Bailey and myself swooping in there for the free samples and shouting stuff across the room at each other like "Bailey! Which was the amazing biscuit?!" 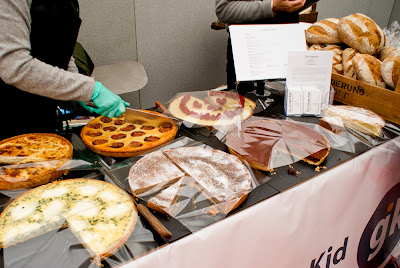 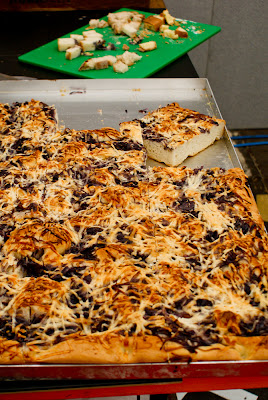 We also purchased a slice of their amazing goat's cheese and herb tart as well as a packet of shortbread biccies. We also had a sample of some kind of yummy treacle toffee that was so dense that it stopped us having any kind of conversation for about five minutes. 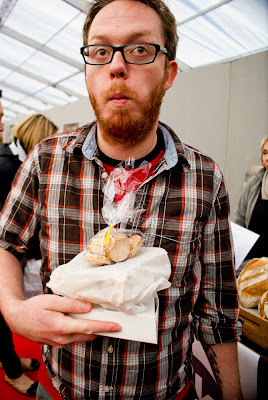 We saw some gorgeous fresh veg on sale from a lovely man (I think he was French?) who didn't have a sign so I don't know who he was (sorry!) and got some bargain beetroot, sprouts, carrots and parsnips which Bailey is going to use as part of a yummy roast dinner for us tonight! Can't wait! 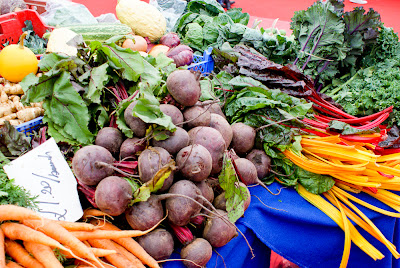 We also managed to squeeze in to the Demo Kitchen to watch Simon Rimmer cooking three different dishes, during which he shared loads of good tips. His Mackerel and Caponata recipe sounded yummy and I actually wrote down everything he did in my food notebook (yes, I am a geek). Obviously I won't be trying his Lamb Rump with Pumpkin and Feta, but it did give me a bit of inspiration for a dish I am going to make this week to use up the TWO pumpkins we currently have in the house! 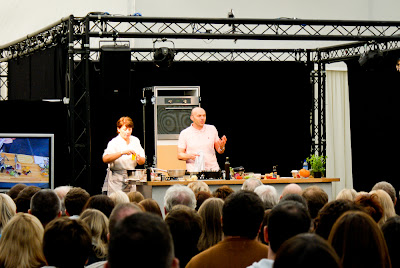 It was great to meet all the local producers yesterday but our favourite by far were the absolutely lovely ladies at Amore Pizza - we thought they deserved their own blog entry for ace pizza and for being the friendliest people we met all day so watch this space for that.

We had a great time at North West Food Lovers' Festival and will definitely be going again next year. It was the best day out we've had in recent months with the added bonus of being set in a beautiful place. Good stuff!

Posted by Jules at 9:27 AM
Email ThisBlogThis!Share to TwitterShare to FacebookShare to Pinterest