It's been nearly four months since I took my naughty little year 9 form over and I must say I am growing rather fond of them. Yes, they're a pain. Yes, they are never quiet for the register. Yes, they can turn my beloved classroom upside-down in the space of about five minutes. But there's something about the dynamics of the group that make them quite lovable. 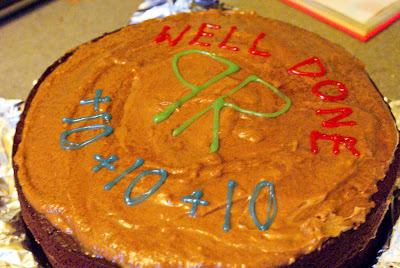 When I first took the form over, the other tutors informed me that they had been bottom of the year for points ever since the second week in year 7. Determined to turn the fortunes of my class around, I told them that if they managed to get off the bottom spot, I would be providing them with a form treat. 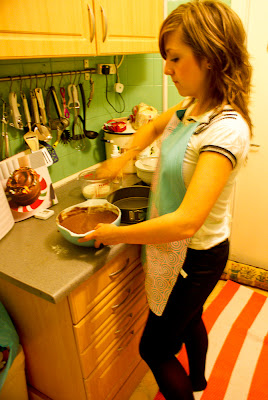 Well what do you know? The first points total came out this week and would you Adam and Eve it, they'd only gone and got themselves into second place! I was ecstatic and after giving some thought to what their 'treat' could be, I decided I was going to bake them a cake. 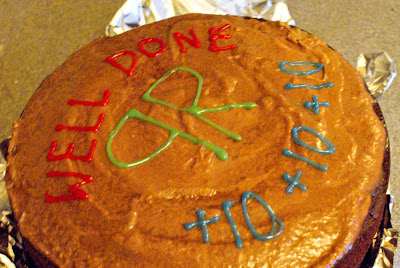 I wasn't sure what type of cake to go for as I didn't want to make anything too boring but I also thought all kids pretty much love chocolate. I know loads of the lads in my form have a sweet tooth too, due to the fact that they are always trying to get away with eating sweeties and cakes during registration. 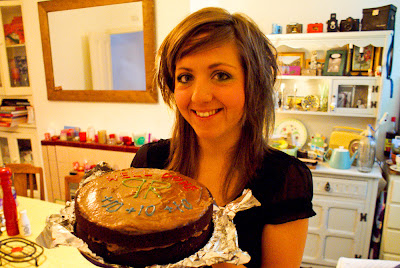 I based my cake on a trusty Primrose Bakery recipe as usual but I actually had a bit of a nightmare with this cake as I took one of the cake layers out of the oven way too early which made what was effectively a giant chocolate fondant until I bunged it back in and repaired the damage with a bit of an icing-and-refrigeration combo. 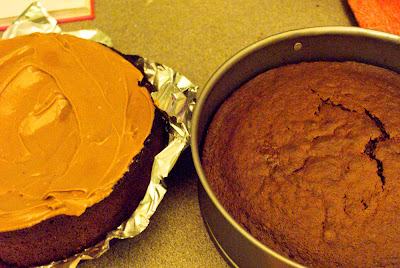 Although it wasn't the most beautiful of cakes and the icing was done in about 5 minutes flat before hurriedly eating my morning Bran Flakes on the day I was to take the cake in, I was really pleased with the result. The cake was the perfect size for 27 teens to get a good-sized slice and it went down really well! Of course they were pretty cool about the whole thing with a few of them saying things like "What have you done to it Miss?" and "I hope you washed your hands" but they were all quiet as mice as we ate, and for the first time EVER, they all went and put their rubbish in the bin rather than chebbing it on the floor which is what usually happens when I give out any kind of letter. The other form tutors said it was really nice too.
I think cake is a great way to start the day, even though I did feel a bit sick during Lesson 1. Let's hope the form keeps up the good work so we can have more cakey fun!
Recipe:
230g dark chocolate
170g unsalted butter
350g brown sugar
3 eggs
370g plain flour
1 and a half teaspoons baking powder
1 and a half teaspoons bicarbonate of soda
1/2 teaspoon salt
500ml milk
2 teaspoons vanilla extract
For the icing:
200g milk chocolate
200g butter
1 tablespoon milk
1 teaspoon vanilla extract
225g icing sugar
A pack of multi-coloured writing icing
Preheat the oven to 170 degrees C. Spray two 23cm cake tins with cooking spray. Cream the butter and sugar together in a large bowl until smooth. 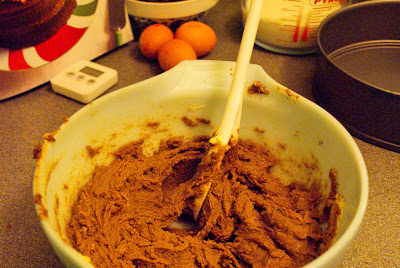 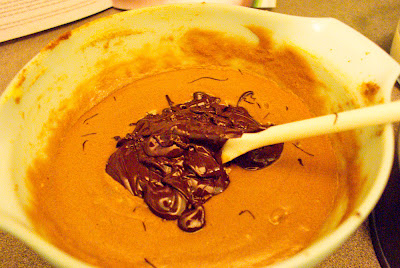 Sift the flour, baking powder and bicarb into a separate bowl. Add the milk and vanilla to a jug. Add a third of the flour to the first bowl and stir well, before adding a third of the milk mix and stirring well. Repeat until you have mixed in all the flour and milk. 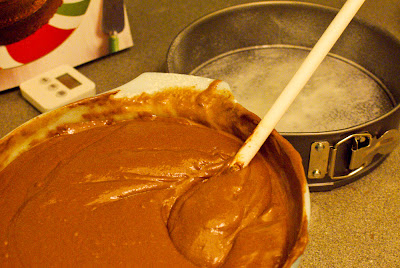 Divide the mixture between the cake tins and put into the oven until you are sure both cakes are perfectly cooked through and not wobbly - don't make the same mistake I did! 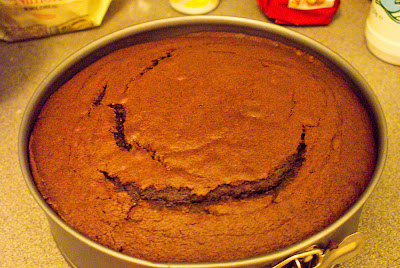 While the cakes are cooling, make up the icing by melting the milk chocolate in the microwave and beating all the ingredients together. 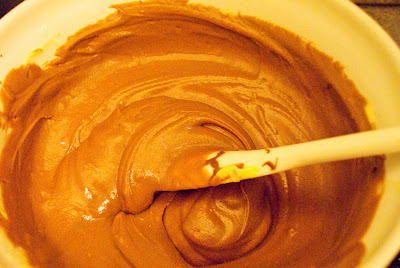 Once the cake is cooled, you can ice it. I found it easier to ice the cake when the icing was still a little runny with warm chocolate. Refrigerate the iced cake for a lovely firm chocolatey icing. Finally, write your "Well Done" message on in writing icing and feed to a load of teenagers to get them hyper right before you send them off to lessons. Winner! 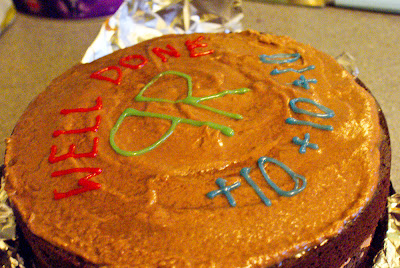 Posted by Jules at 7:18 PM
Email ThisBlogThis!Share to TwitterShare to FacebookShare to Pinterest