On Friday we were in Birmingham to visit my Uncle Alvaro and Auntie Diana who were visiting from Vienna for a conference. Spending only one night in the UK's Balti Capital, we knew we had to find a good place for a curry. 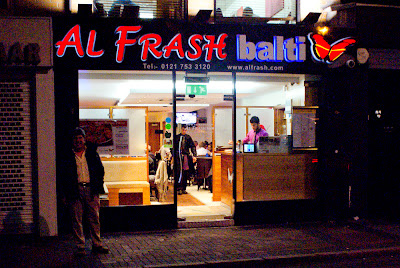 We arrived at the restaurant late for our booking after a torturous drive through Birmingham city centre but were still greeted by friendly staff who only made us wait a few minutes before we were seated upstairs.

The restaurant is modern, bright and while downstairs had a slightly lairy Friday night curry house atmosphere, upstairs was much quieter and just what we were looking for after travelling. It is also always pleasing to discover the words "BYO" on the menu, particularly when there is an inexpensive off-licence a few doors down the road. 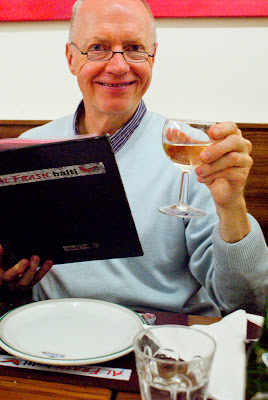 Down to the food: Poppadoms were promptly delivered and were accompanied by a variety of sauces which were very different to the curry mile selection we are used to. There was a runny yogurt dip, a yummy red chilli sauce and a bowl of fresh veggies. 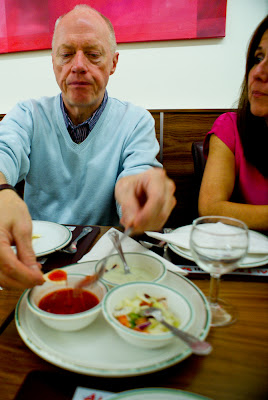 The poppadoms were lovely: crispy, fresh and salty and a second round was ordered. 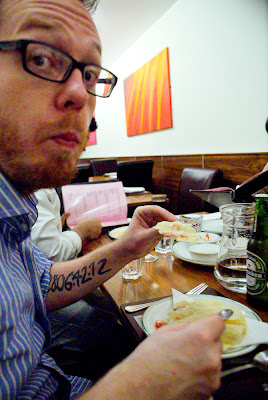 The starters arrived swiftly on branded Al Frash crockery and sizzling hot plates. We all ordered different things but everyone enjoyed their selection.

Bailey went for the Mixed Kebab which he thought was very nice and full of flavour. It was unexpectedly spicy too, which for him was a good thing. 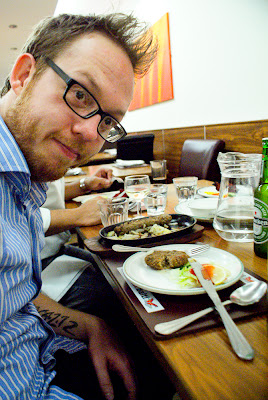 Aída and Alvaro went for their favourite Chicken Tikka which arrived sizzling on a bed of onions. It looked delicious and they both really enjoyed it, and my favourite part was swooping in and stealing Alvaro's amazing flavoursome onions from the hot plate which were absolutely amazing. Some rubbish vegetarian I am. 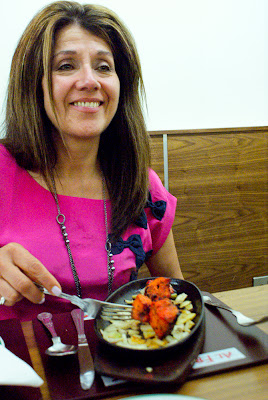 Roy went for an Onion Bhaji and although I can't remember what he said about it I am guessing from the following photo that he enjoyed it. 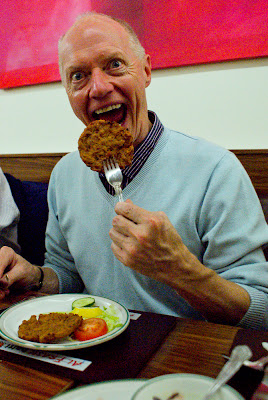 I ordered my starter in haste seeing as I didn't realise until the very last possible moment that we were meant to be deciding on a starter. After a bit of confusion I took a stab in the dark and ordered an Aloo Chaart. When it arrived it looked great - small chunks of potatoes with cucumber and tomatoes with a spicy, oily coating. It tasted spectacular with a bit of lemon juice squeezed over it and I loved the crunchiness of the tomatoes and cucumber against the soft potatoes. 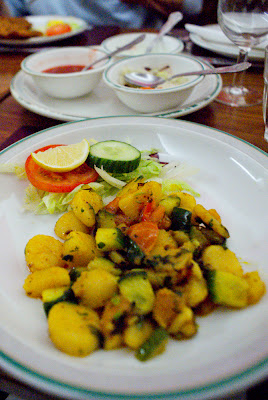 Our main courses arrived looking amazing served in massive baltis leaving us with barely any space on the table, the way a table in a good curry house should be.

Roy was really happy with his Balti Saag and kept offering people a taste. I kind of wish I had tried it now as he really was raving about it and it's been ages since I had a spinach curry but I had quite a lot of food to contend with myself. 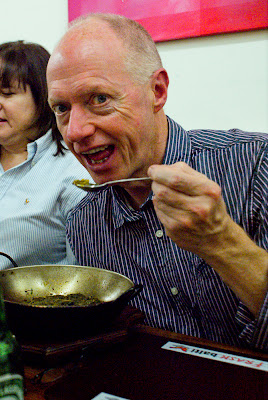 Bailey ordered his usual Chicken Jalfrezi which he really liked. He said it was beautifully spicy and made with good quality meat and with a perfect sauce-to-ingredient ratio. It was a really different flavour to the curries he is used to in Manchester and even looked totally different but was really yummy.

Aída, Alvaro and Diana all decided to order from the Al-Frash House Specialties menu. Aída went for the Garlic Chicken Balti which was singing the praises of all weekend. 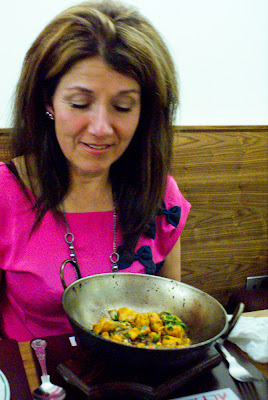 Alvaro and Diana chose the Butterfly Special which was described on the menu as the restaurant's "signature dish", combining the flavours of king prawn, chicken tikka, mushroom and Kashmiri spices. They both thought this was lovely although it was a bit too spicy for Diana! 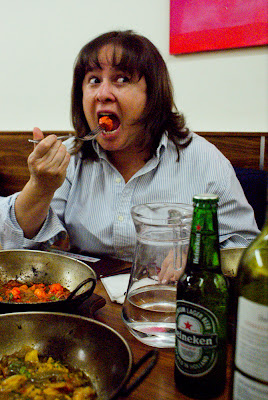 I was feeling really in the mood for a good bit of Balti Chana Daal, which is what I normally go for in Manchester when I am trying to be healthy actually. So I was quite surprised when it arrived sitting in a little pool of oil, particularly as everyone else was commenting how NOT oily their's were compared to what they normally order. I didn't mind anyway - it was absolutely delicious, the lentils were lovely and still had a bit of bite to them and the oil tasted amazing with a bit of Tandoori Nan dipped in there. Mmm! 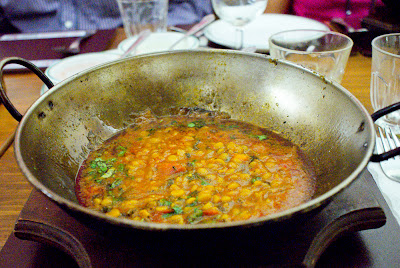 One thing we all commented on was how amazing the rice and nans were. I was eating bits of Bailey's Garlic Nan as well as sharing a Tandoori Nan with Alvaro and both were awesome and perfect for tearing and sharing. The rice was also fluffy and perfectly cooked. 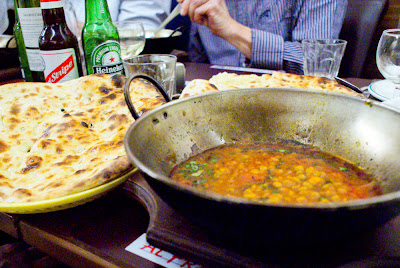 We really enjoyed our trip to Al-Frash and I would have to say it was the highlight of my weekend. Not sure if I would put this in the Top 10 UK Curry Houses though as I can't say my socks were blown clean off or anything... Not sure what type of quality control went into that Guardian article... Hmm? BUT... The restaurant was nice, the food was great, the service was good (if a bit jokerish), plenty of booze flying about due to the old BYO... and this all made for a good night out in Birmingham. A great place to spend a yummy Friday night. 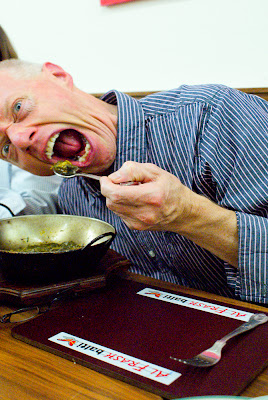 Posted by Jules at 10:21 AM
Email ThisBlogThis!Share to TwitterShare to FacebookShare to Pinterest