Caj Chai was another brilliant recommendation from my Barcelona connoisseur brother, who knows how much I love a good cup of tea for my brekkie. If you love tea as much as we do in the Morris family and are ever strolling around el Barri Gotic gasping for a cuppa, then this is the place for you. 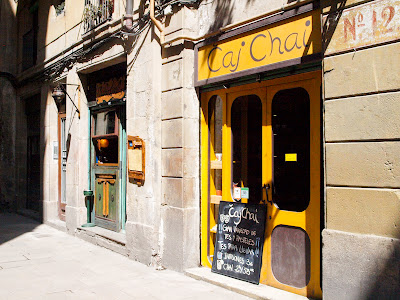 As soon as I walked through the front door I was in love with the mismatched vintage furniture mishmashed with Himalayan décor. The place was incredibly calm too - the chatter and lighting were low and the music sounded like it had been taken from one of those 'relaxing sounds' CDs. 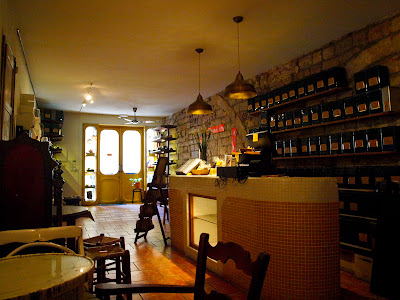 Considering the fact that if I worked at Caj Chai I would probably fall asleep behind the bar, the staff were very attentive. I think it was the owner who served us and he was softly spoken and knowledgeable - exactly the sort of man you would like to be served exotic teas by. 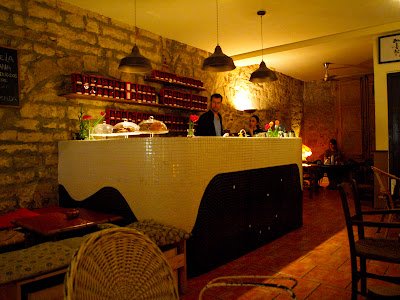 Looking Caj Chai's menu, which is so big it's more like a filofax, is an experience in itself; it is divided into types of tea all with fascinating descriptions to help you choose. 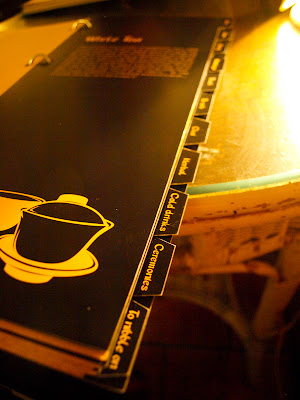 My selection of a Choco Yogi chai tea was a blend of chai and black teas, cocoa and honey, garnished with a super spicy chunk of crystalised ginger. At first it tasted like a bittersweet hot chocolate followed afterwards by a chai spice kick. 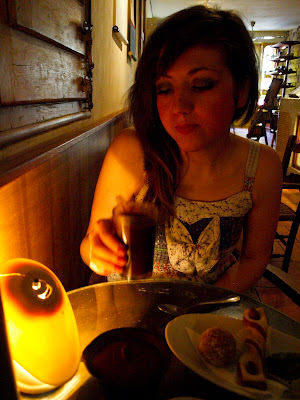 The Sun Moon Lake Assam Tea recommended to Bailey by the nice tea man arrived in a futuristic silver flask and traditional teapot (I have since discovered is called a 'shiboridashi') with cup. Nice tea man showed Bailey how to operate said items and how long to brew the tea for, resulting in perfect cup after perfect cup. 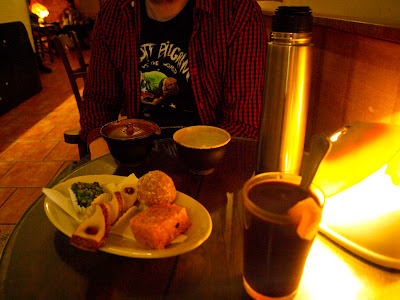 To nibble on, we chose a plate of Himalayan and Indian pastries. Despite having lived right off the curry mile for three years I am ashamed to say we've never tried any Indian sweets so these were a real revelation. They were serious no-nonsense chunky pastries and were all amazing in their own different way. Our favourite was what we can only describe as 'the pink one' which was moist, squidgy and coconutty. 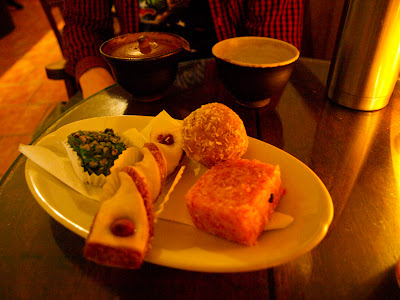 We were very tempted to spend 90€ on some of the pricey-but-worth-it shiboridashi pots that Caj Chai also have on sale and hopefully will do next time we are in Barcelona, budget / airline permitting (I imagine Ryanair would have smashed the poor things to smithereens). Although Barcelona has thousands of amazing places to eat, we found breakfast options for greedy people like us to be more limited so Caj Chai was the perfect place to start the day. I would definitely recommend this to any tea lover and have in fact already told my dad that he NEEDS to take my tea-loving auntie there in the summer when they go together. This is also the perfect spot if you have been walking around the busy tourist spots (i.e. have had the misfortune of finding yourself anywhere near Las Ramblas) and feel the need to get a moment's peace and quiet. A lovely place! 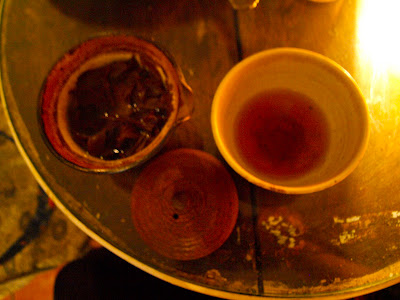 Posted by Jules at 5:32 PM
Email ThisBlogThis!Share to TwitterShare to FacebookShare to Pinterest