Last week Bailey and I headed over to Warrington, Walton Hall and Gardens to be precise. What was the occasion? Why The Great British Food Festival of course, something I'd been looking forward to for months! 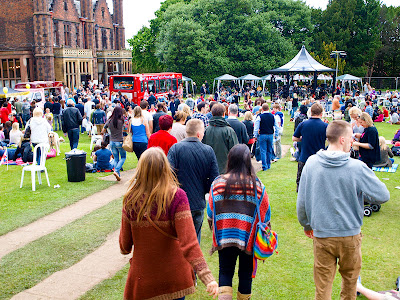 We were blessed with lovely sunshine which was an exception for the bank holiday weekend which was mostly drizzly and rubbish, so this meant we could really make the most of our day! Lucky us. 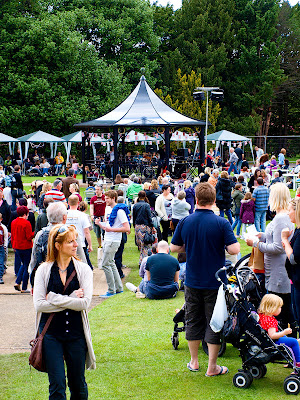 The festival was brilliantly organised and there was a fantastic atmosphere with absolutely loads going on. Our first port of call (after dropping off my entry into the Cake Off competition - more on that later!) was to check out the various exhibitors that were selling their wares in the marquees. 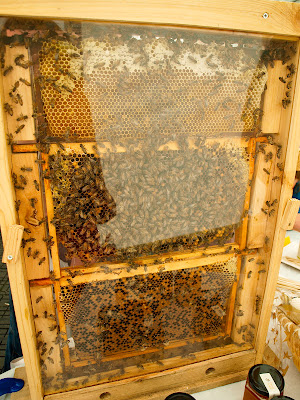 We didn't actually have many pennies to spend at the festival so this meant we had to be quite selective with what we bought. However it has been a good 8 months since we last paid a visit to Mr Vikki's at the North West Food Lovers' Festival and our supply of Hot Stuff hot sauce is running a bit low so we couldn't wait to find their stall. 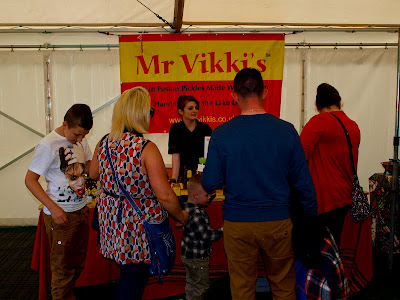 Despite our limited funds, we couldn't resist Mr Vikki's 4 jars for a tenner offer and tasted as many spicy sauces and relishes as we could until our mouths could take no more. We eventually decided on Hell Hot Habanero, Piri Piri Mustard, King Naga and Tomato and Nigella. All ace sauces. I have to say I've taken a particular shine to the mustard and have gone through half a jar in ten days. I don't think I've ever eaten so many sandwiches! 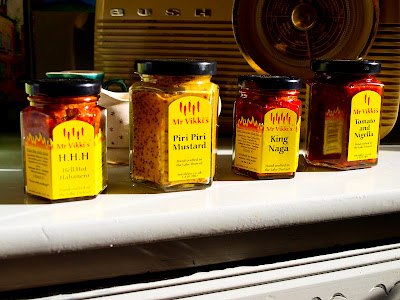 We also got an excellent loaf of wholemeal bread from The French Corner which went fantastically with the Beans and Clams we made for our guests Kate and Danny that evening! Lovely stuff. 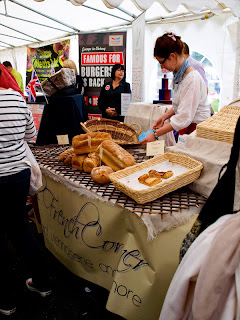 Next up we were on the hunt for a little snack and the lovely folk at Cardamom Restaurant sold us a very yummy tray of some kind of delicious chickpea curry drizzled in a lovely chilli sauce served with a good quality samosa. Very nice! 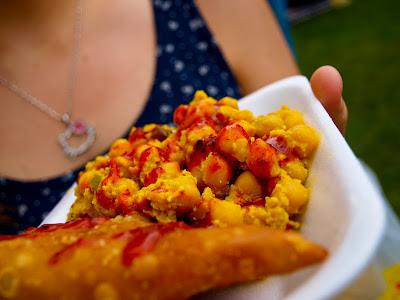 Of course the highlight of my day out was the Cake Off which I had jumped at the chance to enter. My cake entry was to the 'Twist on a Classic' theme and I'd decided to make a Black Forest Gateau with a raspberry twist. Although it went a little bit wrong when my extra tempered chocolate bits melted before I could attach them to the cake, the whole thing was very exciting indeed. 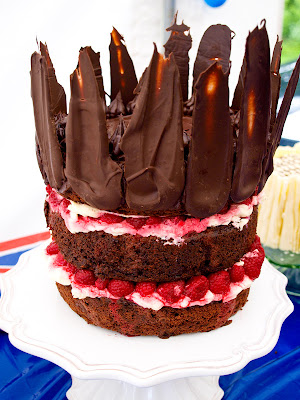 The Cake Off was all set up with a table of cakes and three professional judges (including the lovely Gwyn of Vintage Afternoon Teas) waiting to taste the entries. On top of that, members of the general public were invited to judge too.

The cakes were to be rated on their taste and appearance. I have to say the whole thing was very exciting indeed, I think for everyone involved. The crowds waiting to taste the cakes were a sight to behold! 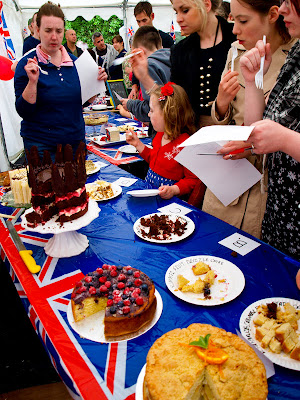 Even though I really entered the Cake Off for a bit of fun and an excuse to do a good bit of baking, when it came down to it I did get quite nervous, especially when they announced that three of the cakes had gotten joint first place and that the judges were having to go back and choose their favourite! I was really hoping mine was one of the three. Yikes! 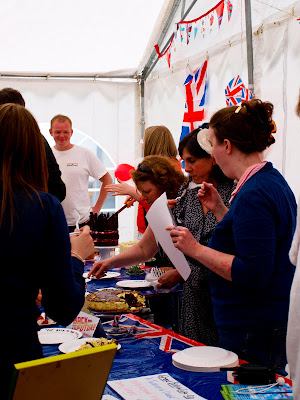 The Cake Off results were announced on the bandstand over the loudspeaker which of course made it even more exciting / nerve wracking but I was very pleased to be awarded third place and I won a lovely bottle of bubbly! This was the icing on the cake for a great day - what a fabulous bank holiday treat for me! 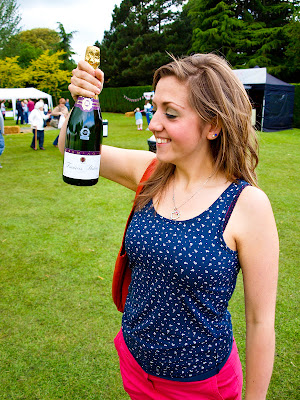 We had a splendid time at Great British Food Festival and thought it was a really great day out for local food lovers. The only shame was that we didn't have quite enough cash to buy all the treats we would have liked. So, that leaves us with no option but to attend their next foodie event, Cheshire Food Festival on the 29th and 30th of September. Looking forward to it already! 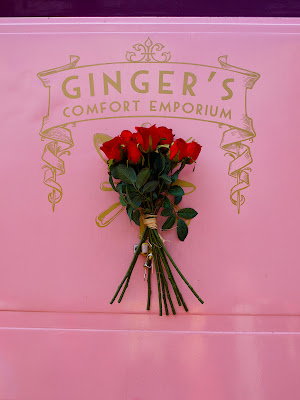 Posted by Jules at 7:34 AM
Email ThisBlogThis!Share to TwitterShare to FacebookShare to Pinterest