Last week we were having incredible weather and had spent most of the weekend outdoors. Roy and Aída were coming over for a barbecue and we had a nice fillet of salmon to use. 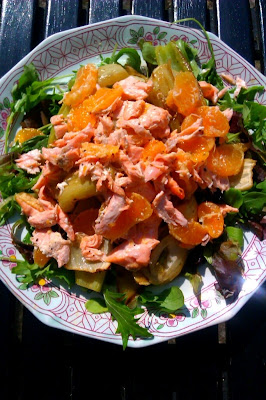 Having a think about what we could do with said salmon, we came up with the idea of a nice fresh fennel and salmon salad (all done on the barbie of course) for our starter. Bailey then suggested we add a nice bit of orange in there too. We had some clementines in our fruit bowl so decided to use those for a nice dainty citrusy burst of flavour. 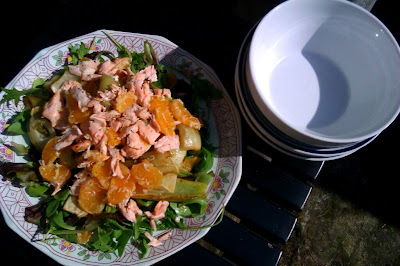 This salad was really easy to make, especially as the salmon and fennel didn't require much cooking on the barbecue. We will definitely be making it again for future barbecues. 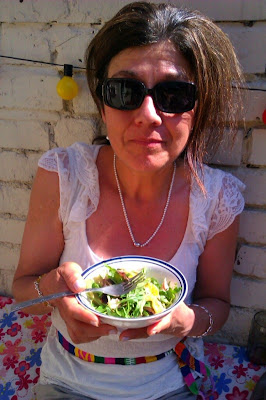 Roy and Aída were big fans of the salad, Roy even said that the combination of salmon and fennel with the sweet citrus was "magic". Nice one Dad! 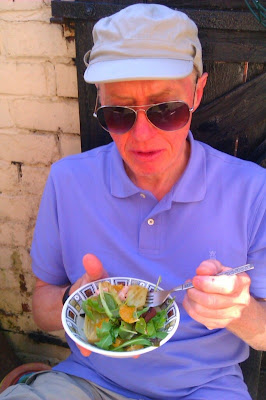 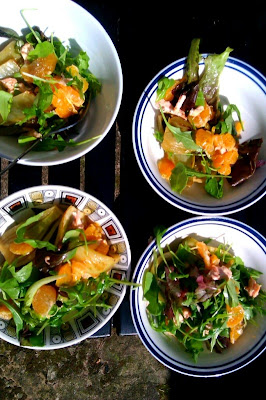 Start by firing up your barbecue. In the meantime, wash and roughly break up the bulb of fennel - it doesn't matter if you've got all different sized pieces. 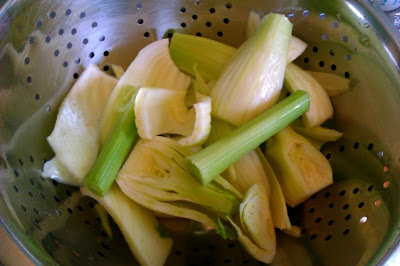 Put all the bits of fennel onto the barbecue and cook for about 5 minutes or until the pieces have a nice toasty exterior. 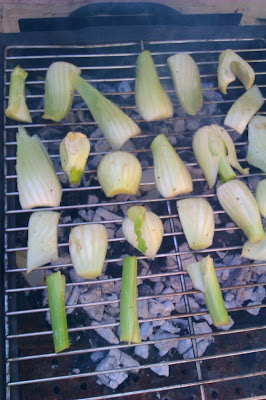 Transfer the fennel to a pan with the veggie stock. Cook over a low heat for around 5 minutes before removing from the heat. 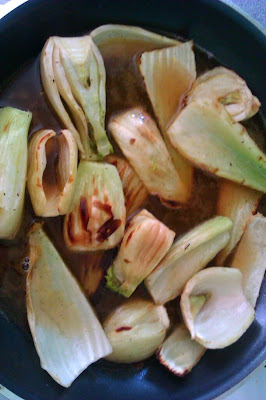 Meanwhile you can be preparing the salad and salmon. Place the salmon fillet on the barbcue and cook for around 5 minutes, making sure the fish is cooked through enough to be flaked. 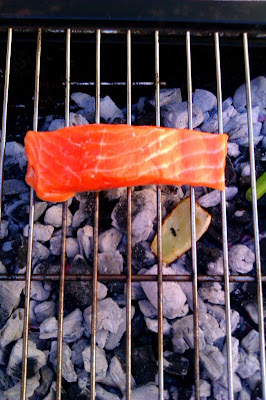 Break up the clementines. Cut the segments in half lengthways but do this over a bowl so you catch any juice that comes out. 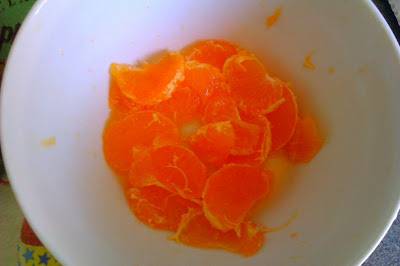 Take half of the clementine segments and toss with the salad leaves. Arrange on a nice big serving plate. 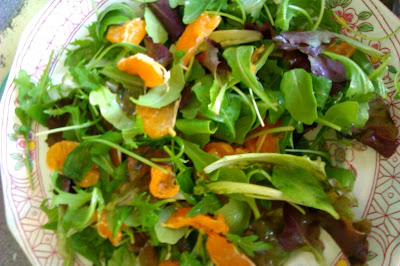 Mix the remaining segments with some rice vinegar. Season to taste. 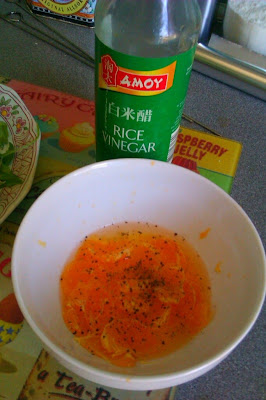 Flake the salmon into the bowl with the clementines and rice vinegar. 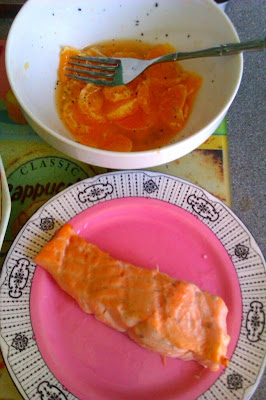 Get all your bits and bobs together ready to arrange the salad. 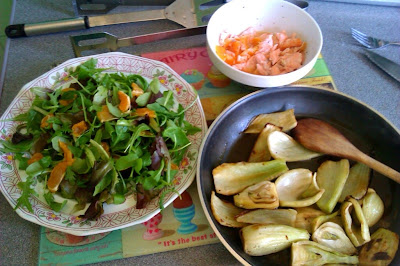 Make a nice pile of fennel on top of the salad. Then add the flaked salmon and clementines on top of that. Drizzle any remaining dressing over the whole dish. Serve immediately. 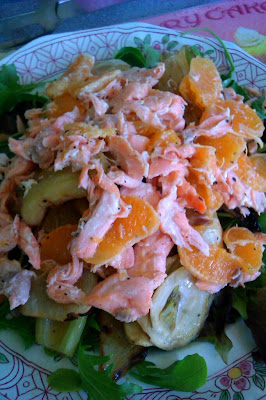 Posted by Jules at 8:41 AM
Email ThisBlogThis!Share to TwitterShare to FacebookShare to Pinterest