Last month we decided to out for a meal with a big group of friends for absolutely no reason, just get out there and have a beer and a nice dinner.  Where to go though?  As we are lazy and we were organising I thought we would go for a restaurant on the Curry Mile.  We had been to quite a few places on the Curry Mile before and we did have a previous favourite but we wanted to try something new.  Luckily I had noticed a pretty persistent trend on Twitter over the past months and that was a long series of people (who we knew were discerning food lovers) banging on about Mughli. 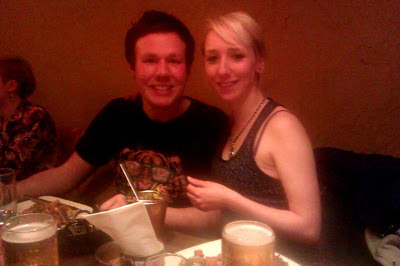 I had previously been put off by Mughli as from the outside it seemed like it might be a bit too modern and had stepped away from the more homely Indian restaurants I was used to, other ventures in to those kinds of places had turned out badly. 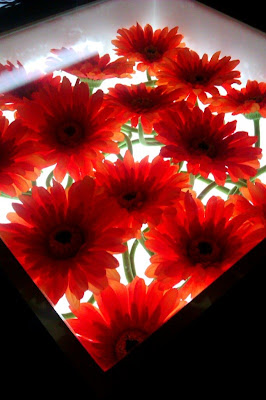 Well I shouldn't have been put off by that slightly shiny exterior because as far as environment and decor goes it was absolutely spot on.  We were lead through the restaurant to our ginormous table which was neatly tucked in to its own boothed area.  The decor is modern but is full of very natural woods and colours which when combined with the slightly subdued lighting makes it an incredibly relaxing place to dine even on a busy Friday night.  The restaurant generally had a great vibe going on, it was busy but no one was rushing, it was lively but nobody was shouting or falling off their chair, it was open but private. 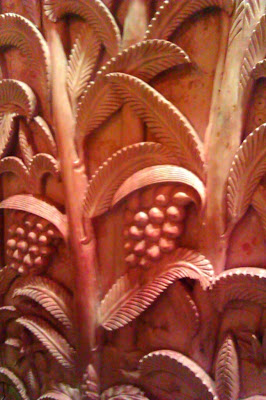 Moving on to the service I have to say that it was also absolutely spot on.  Having worked in restaurants before I know how difficult it can be to strike the right balance with a big table of lively guests.  There was a short delay while we were being seated where we had to wait at the bar but the way it was handled meant we were still relaxed ten minutes later when we were coralled in to our booth area.  Big groups always take a long time to order because they are too busy chatting to look at the menu, they understood this and only swooped in to take the food order when they knew we were ready but offered drinks as soon as we sat down.  When they did take the food order it was done in a lovely friendly manner without taking forever, when there are 20+ guests to serve you can't stop and get everybody's life story.  It might seem like a silly thing to say but I was also confident that I was going to get what I ordered, too many times when a waiter is flustered by a large group it turns into a bit of a food lottery.  The bang on professional but friendly service was replicated again when the plates and plates and plates of food arrived and it was accurately and promptly delivered to the right person with no fuss.  If only other high profile Indian restaurants in Manchester could see how it should be done. 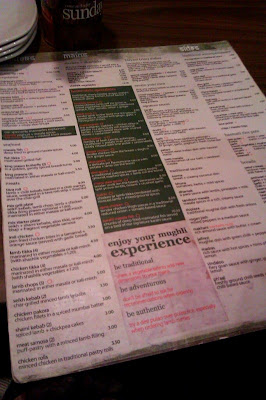 10/10 so far, let's get to the food.  Jules ordered the Mixed Vegetable Sindhi (as it was something she had not tried before but sounded right up her street) along with a Chana Masala side dish and the obligatory plain rice. 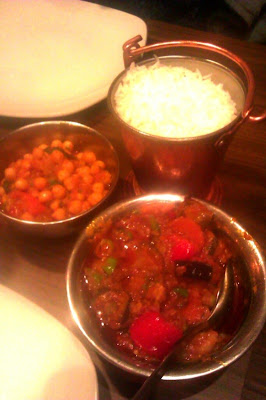 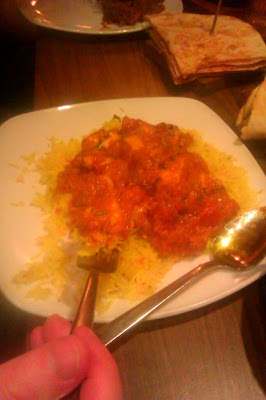 While we were waiting for the main course there were plenty of papadums being delivered which tasted fresh and crisp with some really nice pickles and sauces to go with them. 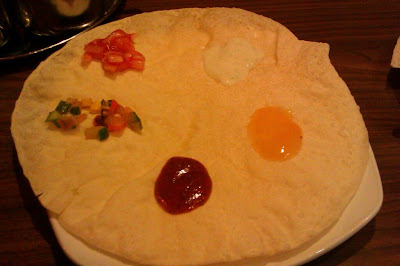 When the main course arrived we were not disappointed.  My Jalfrezi was the best I had ever eaten, a real hot edge but with bags and bags of flavour. 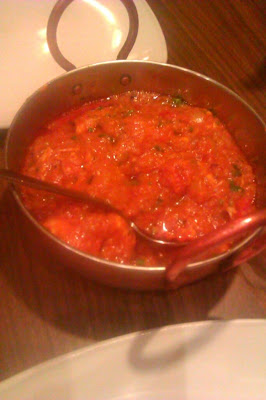 Add to that the delicious naan breads which, although not like the usual doughy oversized pillows made out of garlicy bread, were a real treat and didn't leave me feeling over full. 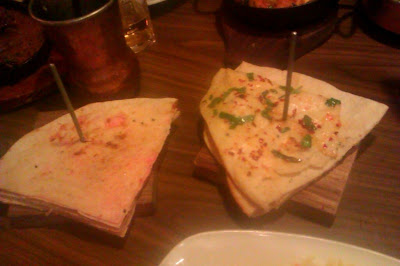 I must mention the rice as well which is perfect to taste but is served in a small metal pot.  The benefits of this are that the rice really does stay hot even after being on the table sometime.  Overall I must point out that the portion sizes are probably a little smaller than the usual Indian restaurant and normally I am all for big portion sizes but I think the food was so rich and full of flavour that absolutely the correct amount appears in front of you and you don't feel like you have gorged after the event.  Everyone up and down the table that I spoke to said their food was top notch, the only person who was slightly disappointed was Jules as she thought her curry's sauce was a little bit thin and there was slightly too much heat and not quite enough flavour, not a bad meal by any stretch of the imagination but didn't quite match everybody else's experience. 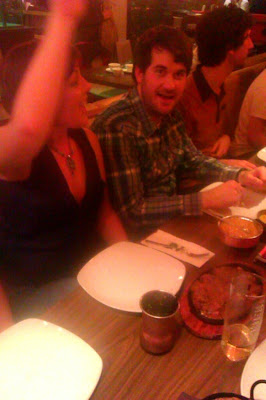 My only regret of the night was not treating myself to one of the cocktails I have heard so much about, again Mughli does not fit with the usual Indian restaurant stereotype of just serving Kingfisher lager and G&Ts for the ladies.  Our good friend Jeni had a virgin mojito and then she had another one so they must be good.  To put it bluntly Mughli is now my favourite Indian restaurant and I want to go back as soon as possible. 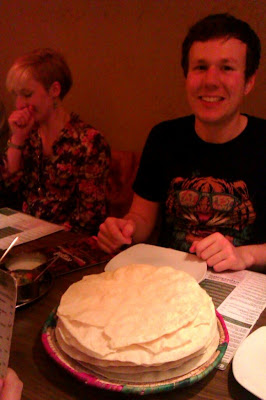 Posted by Bailey at 6:32 AM
Email ThisBlogThis!Share to TwitterShare to FacebookShare to Pinterest