Things were hotting up in the world of Clandestine Cake Club Manchester last month. After various television appearances, some involving Paul Hollywood, more people were keener than ever to join in the fun. 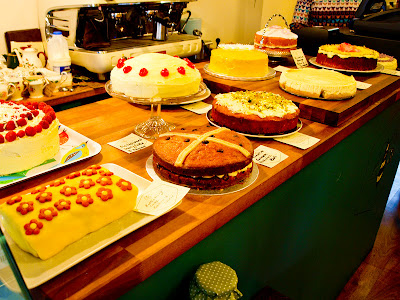 This event was even more exciting than usual for me because it was the first time I had hosted a Clandestine Cake Club event myself! After my afternoon tea at Tea Hive experience, I was completely bowled over by the place and contacted Gwyn about the possibility of a cake club being held there. I couldn't believe my luck when she asked if I would be able to host it for her as she would be away on holiday! 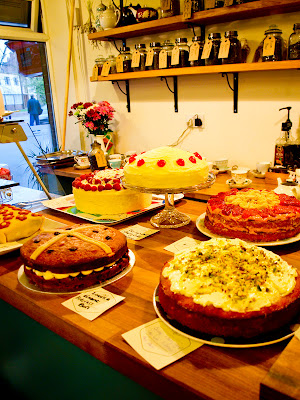 Even though there'd already been a CCC event just three weeks before at North Star Piccadilly, this event filled up in one day with a waiting list so long that Gwyn was able to organise a second event to happen at the same time in a different venue in Sale! Wow! 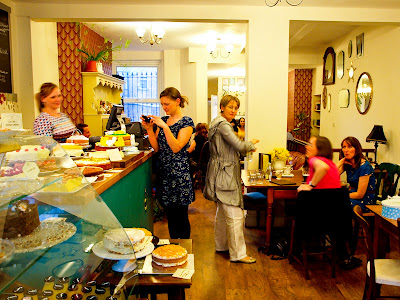 I'd been in touch with Michelle and Vicky, Tea Hive's owners, who had been brilliant and were really excited about hosting. They'd even baked a gorgeous cake themselves - a Pistachio and Rosewater delight which was delicious! 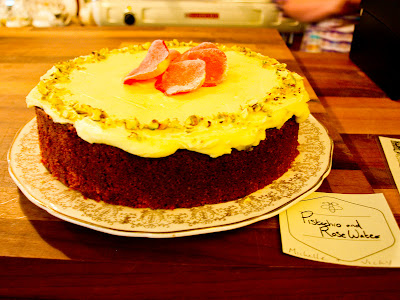 The theme I'd chosen with Michelle and Vicky was "A Vintage Spring Tea Party" - I thought this would give people a lot of scope to bake spring cakes, traditional cakes with a twist or cakes to do with Easter. As it turned out the day of the event was a beautiful boiling hot spring day so the perfect weather for this theme! 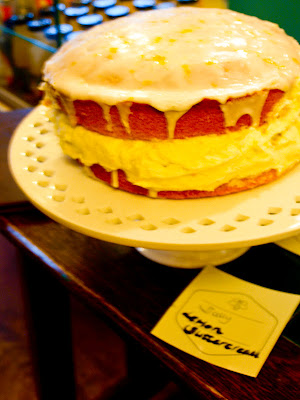 Before tucking into the lovely cakes we all got ourselves a nice drink and I was really excited to try the Tea Hive blend loose leaf tea I'd had the last time I'd been to Tea Hive. This was just as lovely as last time, my friend Hayley loved it too and of course we both loved the fact it was served in their amazing china. 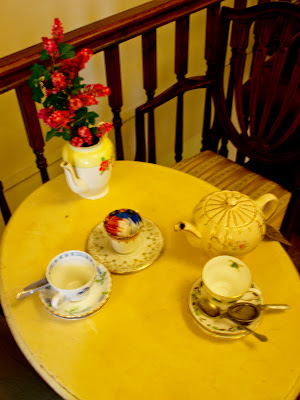 Once everyone had a drink this meant that I had to make a quick speech, eek! I am awful at making speeches and always clam up when I have to so I tried to keep it brief - besides, who wants to listen to me drone on when there are cakes to be eaten! I for one couldn't wait to get stuck in. 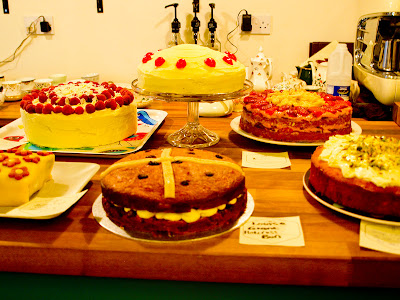 There was a fantastic range of cakes, many of them from new members who hadn't been before so it was really fantastic to taste theirs and see them enjoying their first cake club. 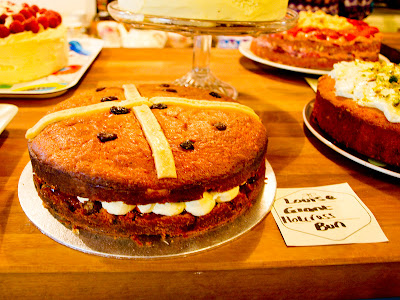 I loved the idea Louise had had which was to make a Hot Cross Bun cake - it tasted amazing filled with jam and cream too. Mmm! 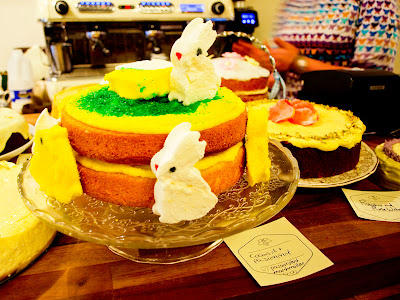 Sophie had made her own marshmallows in the shape of bunnies and chicks which were passion fruit flavoured! So cute. 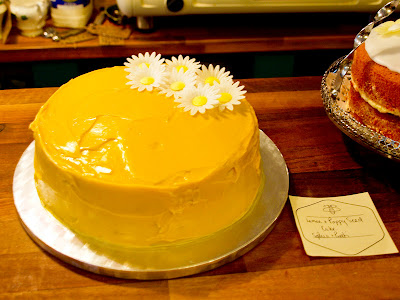 Sophia and Preeti brought a divine Lemon and Poppy Seed Cake which looked and tasted gorgeous. 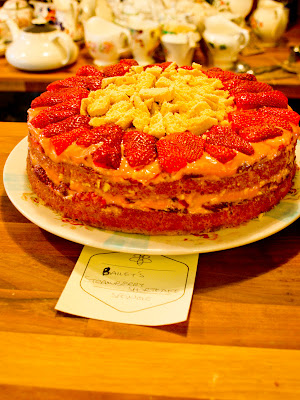 Bailey had baked his own cake for the first time - a Strawberry Shortcake Sponge with amaretto, cream cheese icing and shortbread. I really liked his and it went down well considering he thought it was rubbish and didn't want to bring it! 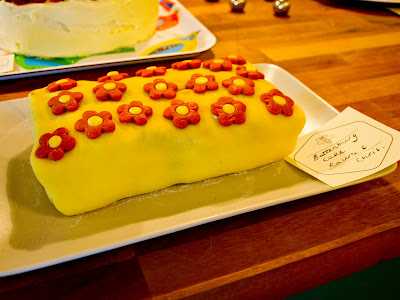 Laura and Chris brought a Battenburg cake which was so pretty covered in spring flowers! 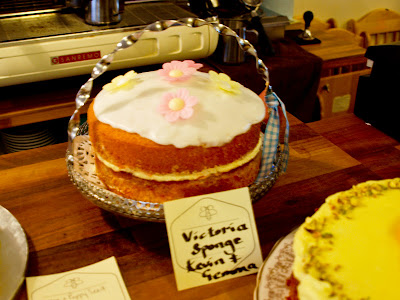 I loved Kevin and Gemma's Victoria Sponge which was so light and beautifully presented on a gorgeous cake stand! Very springy indeed! 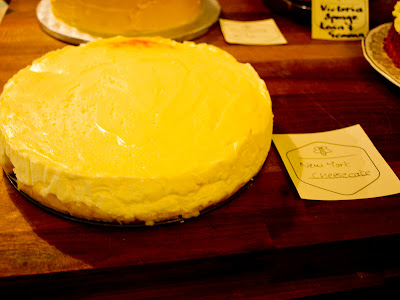 Everyone loves a good cheesecake and Tarah's New York Cheesecake was very tasty and a nice change from all the cakes. 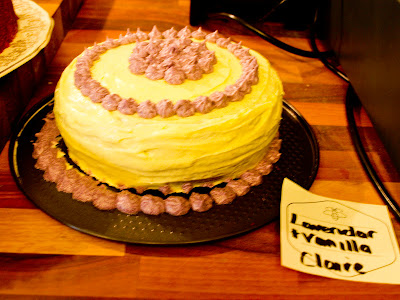 I'm a big fan of Claire's cakes and her Lavendar and Vanilla Cake was no exception. I'm always impressed by her presentation and how light and creamy she gets her icing! 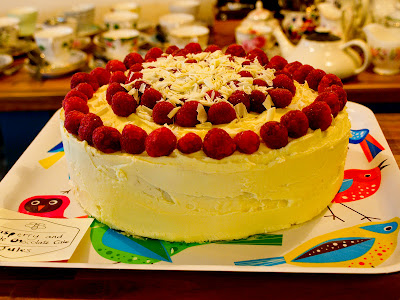 I was happy with my Raspberry and White Chocolate Cake - quite the sturdy sponge it turned out to be! 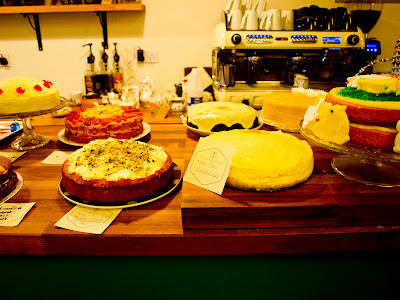 There were loads of other amazing cakes including Hayley's Old Fashioned Cherry Cake which was stuffed full of delicious glacé cherries, Sally and Carraine's Lemon Buttercream Sponge which was just the ticket for such a hot day and absolutely scrumptious, Ivy's Peaches and Cream Cake which was so fruity and fresh and Rose's Marmalade Cake which was deliciously moist. I'm just sorry I couldn't get an individual picture of each cake because they were all so amazing. Note to self for next time - stay calm and don't rush around so much! 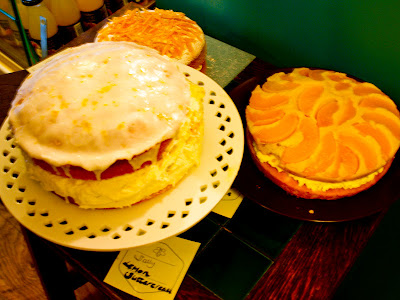 The Vintage Spring Tea Party went without a hitch and I think everyone had a really nice time. Playing hostess was good fun although I do look forward to being safely back in Gwyn's expert hands in the near future too! Michelle and Vicky really were the most lovely hostesses and if possible I think I became an even bigger fan of Tea Hive after seeing how passionate they both are about their wonderful business. Massive thanks to them as well as to everyone who came. Roll on the next cake fix!

Posted by Jules at 12:24 PM
Email ThisBlogThis!Share to TwitterShare to FacebookShare to Pinterest