Ten days ago I was very lucky to be given a very special responsibility by one of my year 8 pupils. A little bubbling tupperware box containing the starter for a Herman German Friendship Cake. 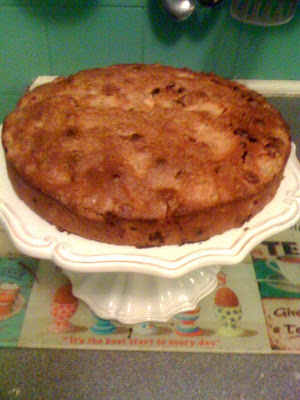 Having read about the Herman craze in an article in The Guardian, I had been hoping someone would be so kind as to present me with a tupperware of yeasty joy, but nothing could have prepared me for the excitement of it actually happening. 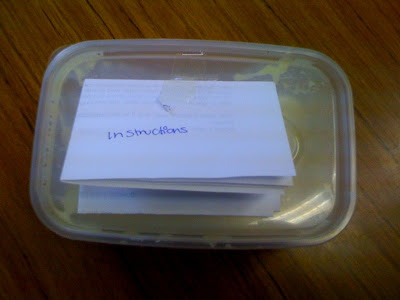 Attached to Herman was a set of instructions telling me all about my new friend and the journey we would be embarking upon for the next ten days. My Herman needed to be looked after and fed on milk, sugar and flour before being divided into four parts. Three of the four parts would be given away to friends, while the last part would be used to bake a yummy sourdough cake. Essentially, Herman is a much more delicious version of a chain letter. 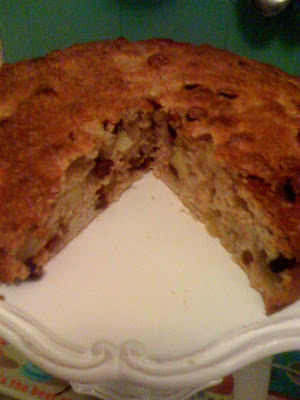 I was keen to get started. The year 8 in question told me somewhat anxiously that it was imperative that I get Herman to a safe place where he could sit peacefully without his lid on. I rushed into the staff room and placed him on the window of the kitchen, with his instructions clearly displayed next to him, should someone mistake him for the remains of someone's lunch and wash him up. 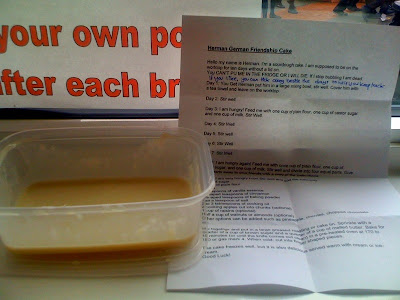 Of course everybody in the staff room was rather confused, some even disgusted by my tales of Herman. A yeasty cake mixture that had been passed around friends for weeks, months, years, decades even?! Everybody thought I had gone bonkers.

By the end of my working day, Herman had gone so bubbly he was barely recognisable from the mixture I had left just hours earlier. 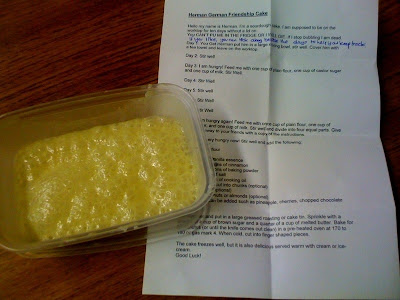 Once home, I followed the instructions telling me to rehome Herman into a large mixing bowl, give him a stir and leave him covered by a tea towel. 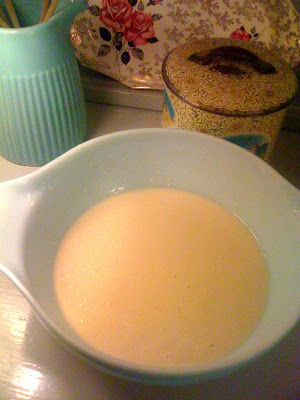 Over the next few days I continued to care for Herman as instructed. Some days I would come home to find him absolutely jam-packed full of bubbles, other days his pungent yeast aroma was so strong that it would fill the dining room! 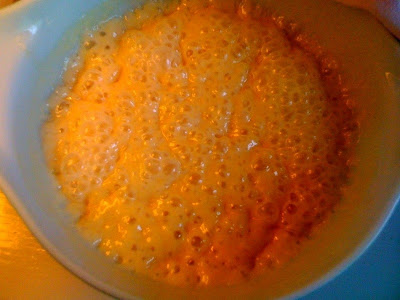 Finally, on Day 8 came the big day when Herman had to be divided into four. I almost felt a little sentimental sending Herman's babies away but I was excited to pass them on and hear about new Herman adventures taking place. The lucky recipients? Firstly, my lovely colleague and fellow baking fanatic - Hayley. Secondly, a pupil in year 9 who is already a master baker and dreams of becoming a wedding cake maker when she is older. And finally, Eilis - Bailey's boss's daughter who loves cooking and baking. Perfect! 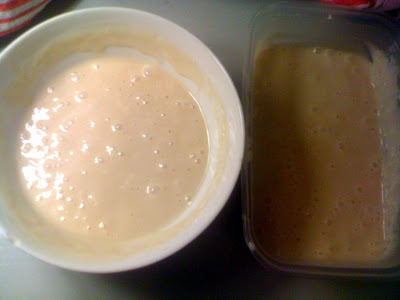 Finally yesterday was the big day for my Herman and I couldn't wait to get home and bake him. I followed the original recipe and added a cup of sultanas, two teaspoons of cinnamon and two chopped apples. 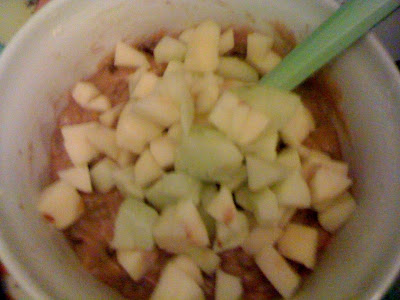 I was a little worried that Herman's batter seemed terribly dry compared to other cake mixtures I had worked with but actually once I'd spread him all out in the cake tin he seemed fine. 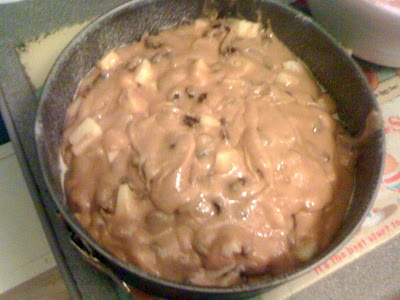 After having filled the house with unusual and even offensive pongs for the last 9 days, it was finally Herman's time to shine as his gorgeous cinnamony sweet aroma filled the air. I couldn't wait to taste him! 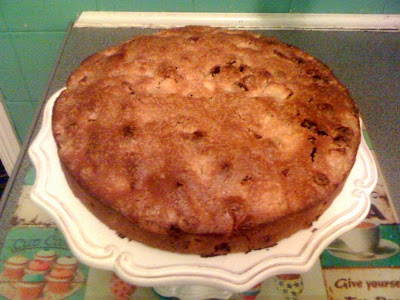 I have to say although I'd had lots of fun with Herman I didn't actually have very high hopes for him as a delectable cake but he sure proved me wrong! Bailey and I cut ourselves a slice each to have with an evening cuppa not long after her came out of the oven. He was really tasty! 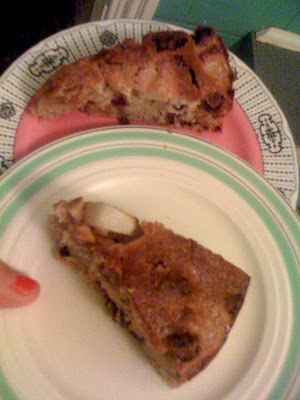 Quite dense and crispy with juicy apples, Herman was more like a dessert than a cake, especially as we had him warm - we lamented the fact that we didn't have any vanilla ice cream to go with him. He was moist, packed full of flavour and perfectly sweet. He also really filled me up - after our second slice Bailey and I commented that we were really rather full!

I took the rest of Herman into school today, if only to prove all the naysayers wrong about Herman and he actually went down really well. He was eaten all up in the space of 15 minutes and only one person said she wasn't too sure about him and she admitted she thought it was because she had been into Hayley's stationery cupboard when her Herman was ponging the place out on the day of the handover! 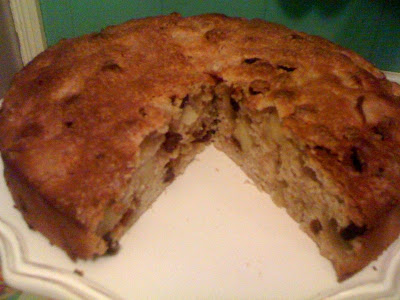 I would definitely recommend all you baking lovers to get your hands on a Herman as looking after him is so much fun. If you want to start spreading the love straight away, starting your own Herman is also a possibility - I searched Google for a Herman Starter recipe and there are absolutely loads around. Happy Hermaning! 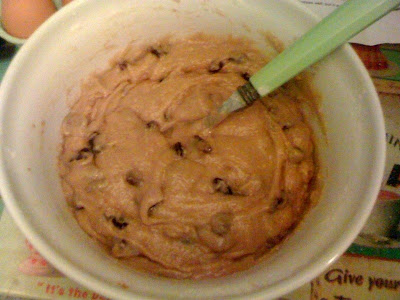 Posted by Jules at 5:53 PM
Email ThisBlogThis!Share to TwitterShare to FacebookShare to Pinterest