As it was my birthday on Saturday and we were razzing around Chorlton, I thought it would be rude not to pop into Sweet Tooth Cupcakery for a little cakey treat. 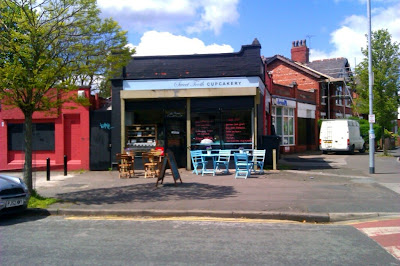 Sweet Tooth Cupcakery, if you ask me, is ace because it was selling its yummy cakes way before everyone went cupcake mad. Plus it was the first cupcake place I heard of when I first moved to Manchester when I was assured by my friend Rebecca Sterritt that "on a Saturday, Sweet Tooth has people queuing down the road". 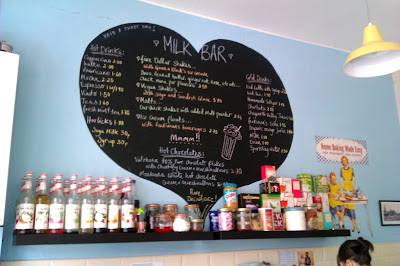 Fortunately for us it wasn't too busy for us and we managed to pull up a pew in the sunshine on the lovely blue chairs outside. 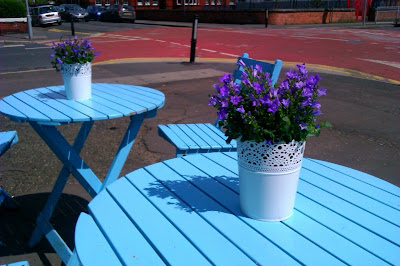 I love the décor in Sweet Tooth, it is right up my alley. Lovely pastel colours and cool stuff everywhere, with a vintage tinge but still funky, fresh and modern feeling. I especially liked the old recipes they'd used to decorate the bar. 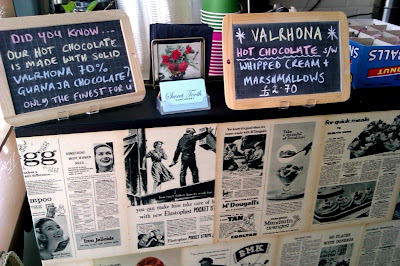 I also want one of these bay boys in my kitchen... 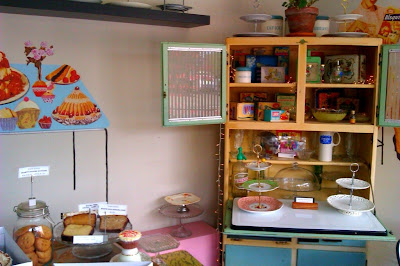 Anway looking at the display we had an excruciatingly difficult decision to make - which cupcake to get? A little browse at the beautiful cupcakes on offer and there were so many it was tough, but it was the peanut butter icing on the 'Iggy Pop' cupcake that won it for me. Bailey wanted to get a red velvet cupcake but a cupcake connoisseur in the queue in front of us swooped in and bought them ALL. Unfair. So instead he went for the 'Cookie Buffet' which had cookies right in the icing. 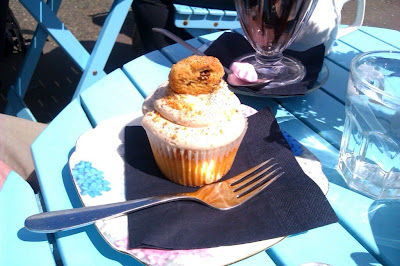 Now I have to say it took us quite a while to get served and there was quite a bit of faffing. I think me - an impatient greedy cupcake guzzler vs the lovely, chilled out, relaxed ladies who work at Sweet Tooth might have been a bad combo at first. In fairness I had just been to the Barbakan where there were about 50 million people yet I was served in about 1 second. Anyway as soon as the ladies started serving me they won me over as they were SO LOVELY. I asked for a tea recommendation and they showed me the cutest jar of dried camomile flowers which I went for. Very posh. 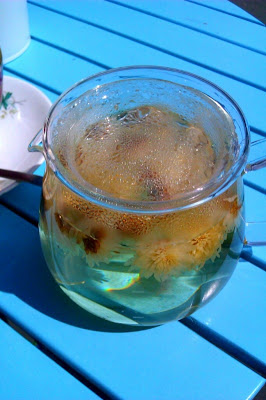 Bailey decided to go for a Chocolate Malt Shake from the Sweet Tooth Milk Bar which he said was very nice. It was milky, quite thin and sweetened with chocolate sauce. He didn't think it tasted very malty though. He enjoyed this but admitted afterwards that he had perhaps made a poor choice as milkshake + cupcake was pretty sickly. One or the other next time methinks. 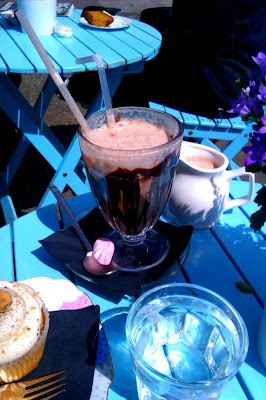 Onto the cupcakes... Well my Iggy Pop was delicious. Fluffy sponge with a subtle flavour. Nice crunch from the chopped nuts. The icing really was up there with The Pastry King's as the most smooth and light buttercream I had ever tasted. Not a grain in sight. Plus is was absolutely piled with the stuff, the icing was almost as tall as the cake itself! Not too sweet though either, I didn't feel gross afterwards. Bailey enjoyed his too, lovely little cookie on top. In fact, this may seem like cupcake blasphemy but I actually said to Bailey "These are better than the ones we had in Primrose Bakery!" - goodness me. 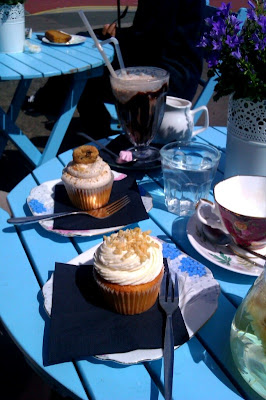 As for my flowery tea I really enjoyed that too. One of the lovely waitresses even came by and asked me what I thought and we had yet another chat about it and she offered to top me up with water which I thought was very nice. I could have sat there drinking it all afternoon but Bailey got a bit bored. 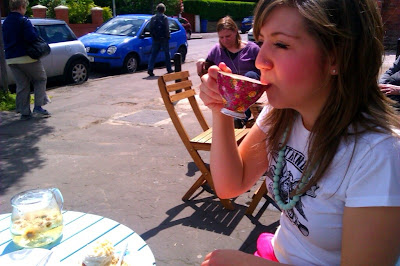 So, Sweet Tooth Cupcakery - definitely a winner in our books. To quote their own sign, they certainly took us to cake heaven! 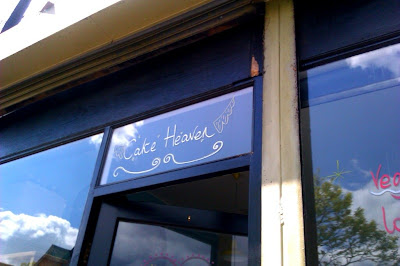 I really can't believe I liked the cakes more than Primrose, I may have to reassess my entire life! Or, maybe Sweet Tooth should write a book. Great little place, it is a little tucked away so don't forget to hunt them out next time you're after a sweet treat in Chorlton. I will definitely be using them for my cupcake related needs in the future! 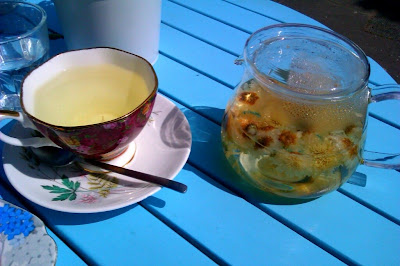 Posted by Jules at 5:54 PM
Email ThisBlogThis!Share to TwitterShare to FacebookShare to Pinterest