Back when me, Liz and Hannah May were just wee teenagers making our way in the world, we started going out for quite a few meals at BB's - a cheap and cheerful family-run Italian restaurant in Sheffield. Over the next few years, pretty much every birthday, end of term and end of exams celebration was held here and we loved it. I have many a fond memory of sitting in there, absolutely laughing my head off with my favourite ladies and having a great time. So imagine my joy to receive an invitation from Hannah to her 27th birthday there. Fantastic. 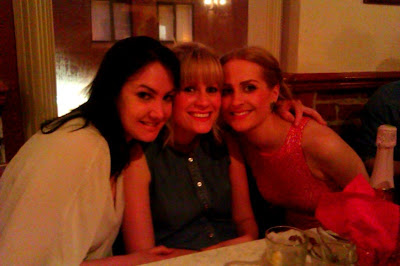 After my period of absence from BB's of about 8 years, I am very pleased to say the place has not changed one iota. They have the exact same Italian memorabilia on the walls, the same friendly and jolly female owner greeting you at the door and even the same menu! 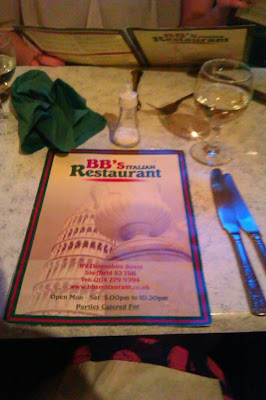 One of the biggest selling points for BB's is that you can, to use Hannah's words "bring your own bot bot" and that there is very much an "anything goes" atmosphere - you won't be surprised to see large, rowdy groups (like us) making a load of racket.

Once we had received a very efficient and warm welcome from the staff, we got our orders in. For my starter I fancied some seafood so I decided to go for the Funghi Diavola - prawns and mushrooms with tomatoes and chillis topped with mozzarella. Birthday girl Hannah also ordered this. We were both a bit disappointed that, as Hannah said, the dish contained "approximately six tiny prawns". 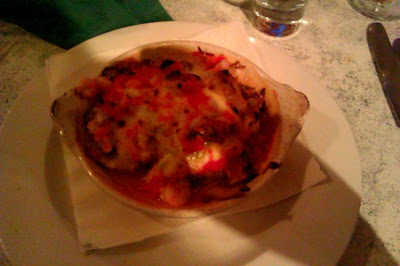 To rub it in our faces, other people on the table had ordered the Gamberoni All Aglio, which was prawn-iclious. I have never had such serious prawn envy. 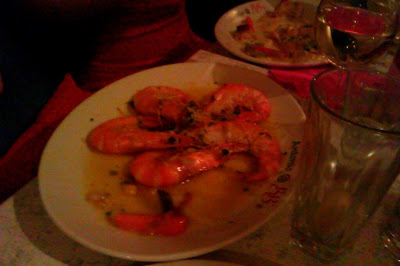 Anyway, I still quite enjoyed mine. The sauce was really tasty (very prawny) and there was plenty of heat from the chilli. 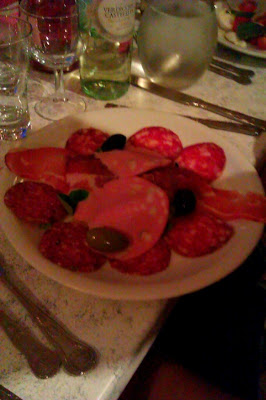 For our mains Bailey and I both made the controversial decision not to go for a pizza. I also opted against going for the Crespella Campagnola - a cheesy awesome veggie pancake which is what I used to eat every single time I went there back in the teenage days. 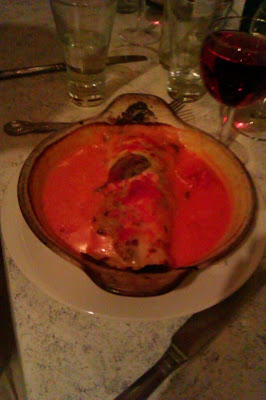 Instead I went for the Tagliatelle Ortolano - a simple tomatoey pasta dish with plenty of peppers and courgettes in. This was pretty good after I covered it in parmesan and did a few sprinkles of salt and pepper. Once again I think I may have made a bit of a poor choice as other people's dinners looked a lot more exciting than mine! Silly me. 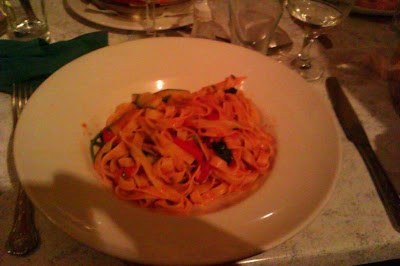 Bailey had the Spaghetti Alla Carbonara which he said was excellent - really rich and creamy with bags of flavour. What impressed us both about our pasta dishes was that both of them had absolutely perfectly al dente pasta. At BB's they really know what they are doing when it comes to cooking a good bit of pasta it seems. 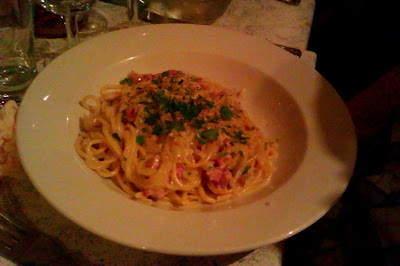 After our meal came the birthday celebration for Hannah which in BB's they do not mess about with. Every single light in the room was switched off, the obligatory exaggerated prerecorded rendition of Happy Birthday came on and the flaming sambuca was brought over. Classic. 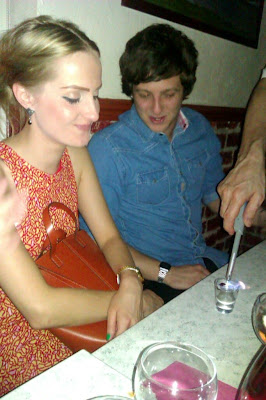 I have to say I still love BB's even after all these years. We had what can only be described as an absolute hoot at Hannah's birthday, everyone was relaxed and happy and we all left quite tipsy and with full bellies ready for a night out. Although BB's is never going to set the culinary world alight, it is an excellent place for having a great time with friends. The place is still as popular as ever and was absolutely packed. I found myself complaining that Manchester doesn't have anywhere like it for us to spend many a boisterous evening but a quick Google search revealed there's a bring your own bot bot Italian place in Cheadle that had been positively reviewed by fellow Manchester blogger Hungry Hoss whose opinion I value highly, so we are plotting a visit. Hopefully it will be as fun!

Posted by Jules at 6:48 PM
Email ThisBlogThis!Share to TwitterShare to FacebookShare to Pinterest