The only curry recipe I've ever used to turn out not too bad is Ottolenghi's Two Potato Vindaloo. Seeing as I know absolutely nothing about Indian cooking (I'm desperate to learn! Please teach me!), I'm no good at coming up with new ideas so always tend to just stick to this trusty recipe and adapt as necessary. 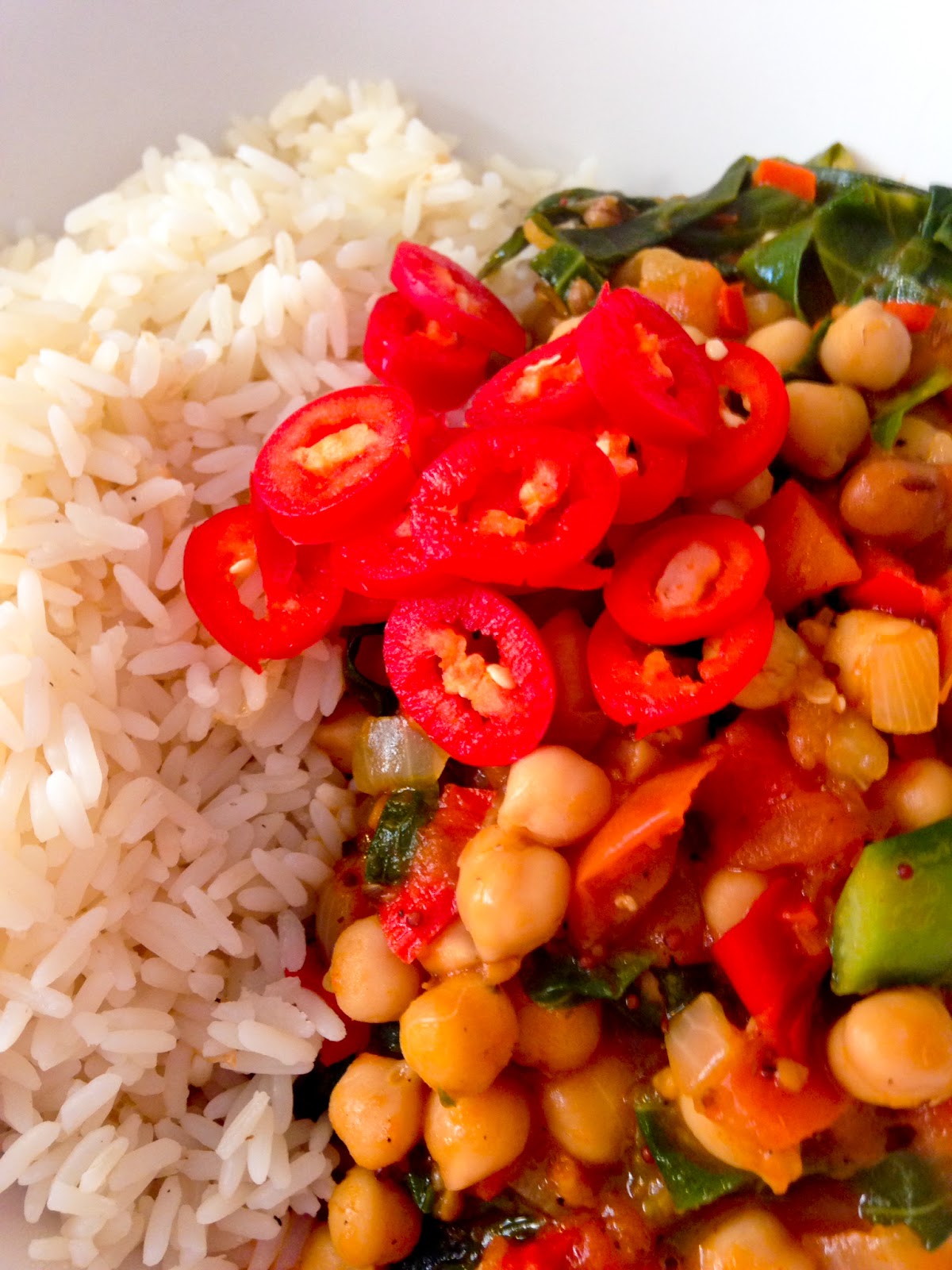 This time I was having a huge chickpea craving and was dying to make a massive pot of healthy stuff I could snack on for the following few days. I'm not saying this was some fancy gourmet curry but it fed me for just under a week and was pretty tasty, so here it is!! 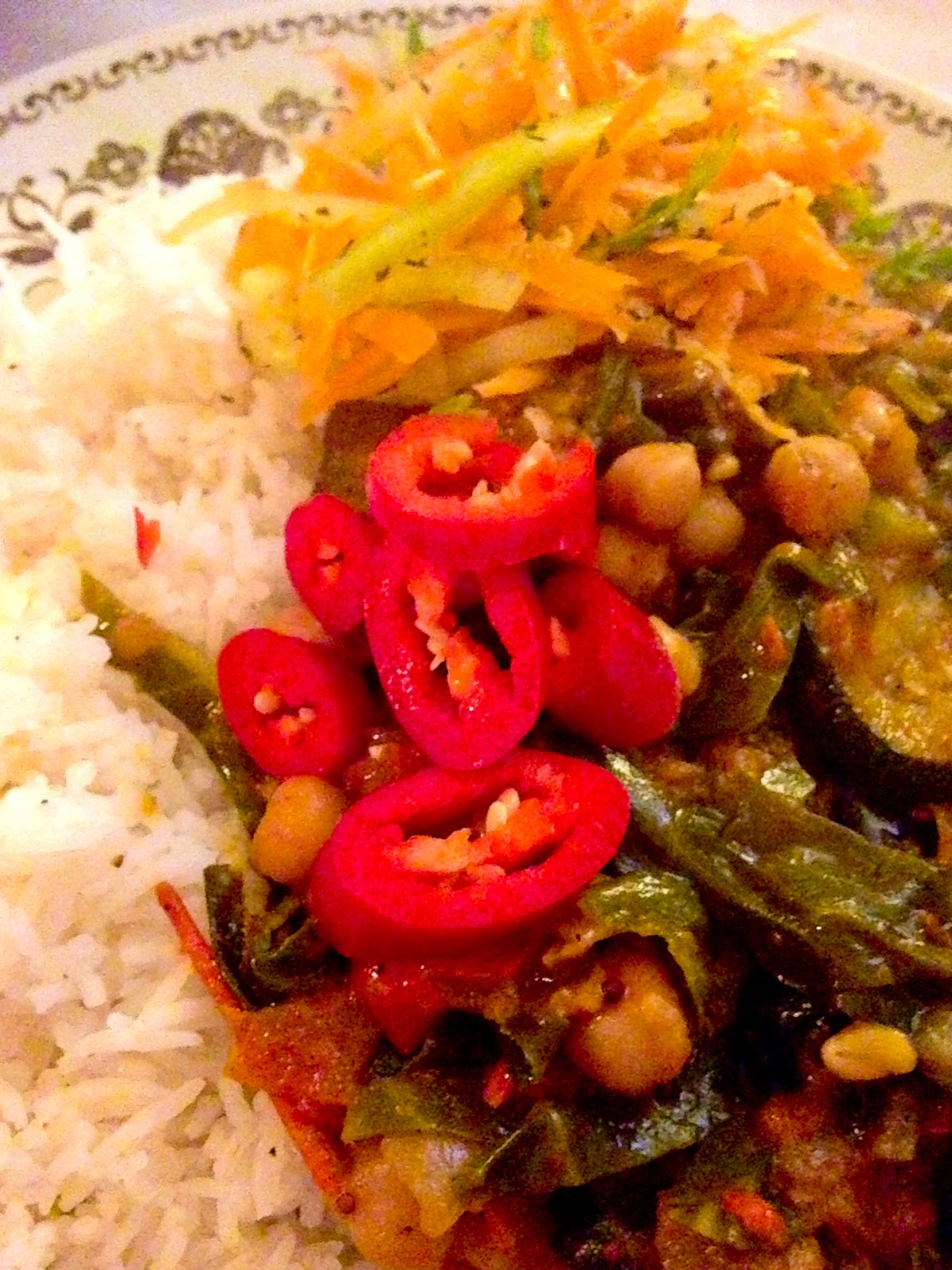 Start by toasting off the cardamom pods, cumin and coriander seeds and the cloves in a hot frying pan until they become fragrant and browned, then transfer them to a pestle and mortar before grinding them up and removing the shells of the cardamom pods. Mix in the paprika and cinnamon to make a spice mix and put to one side. 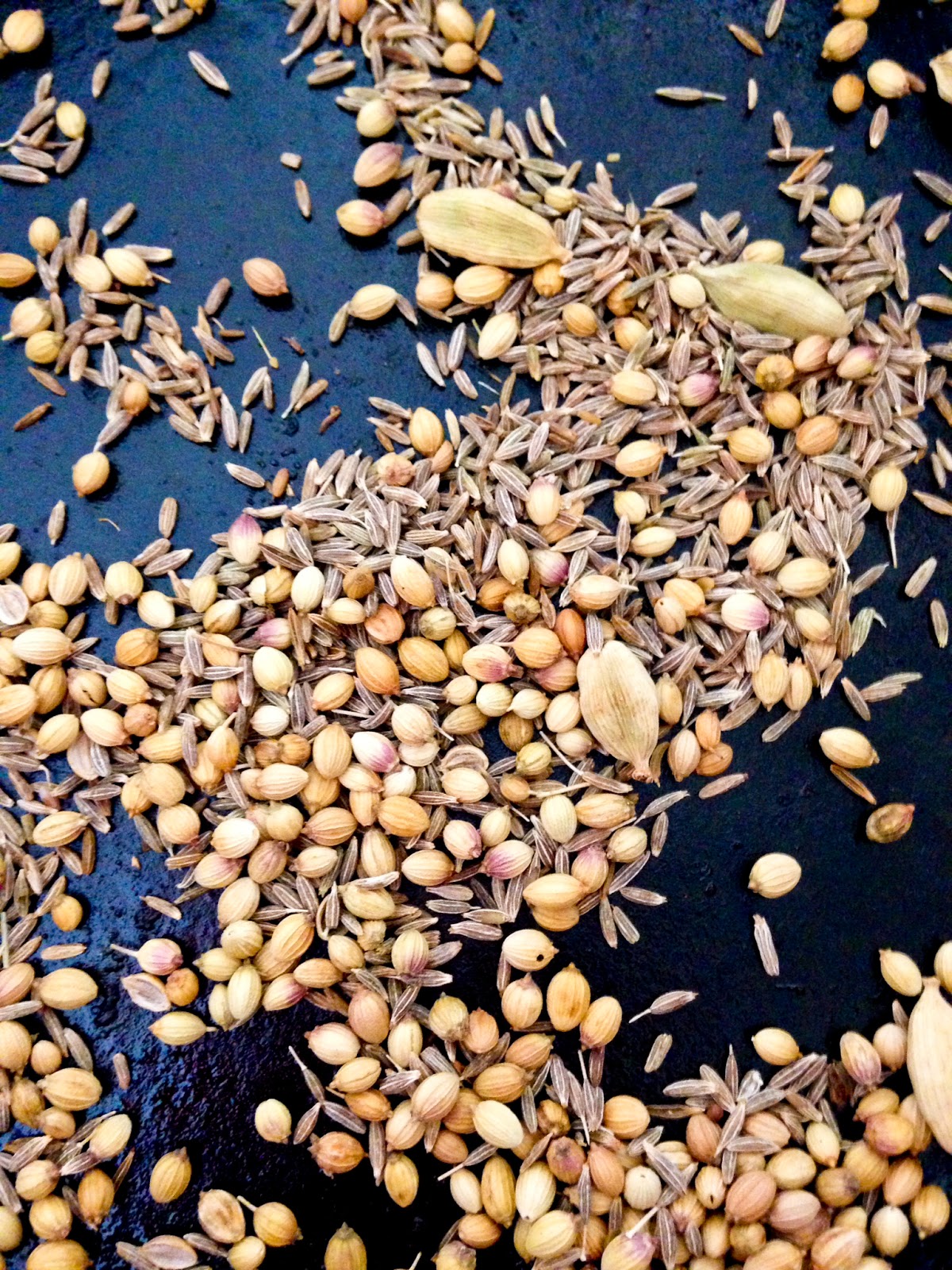 Next chop the onions, add to a large pan and soften for around 10 minutes before stirring in the mustard seeds, the fenugreek seeds and ginger. Continue to cook for another 3 or so minutes. 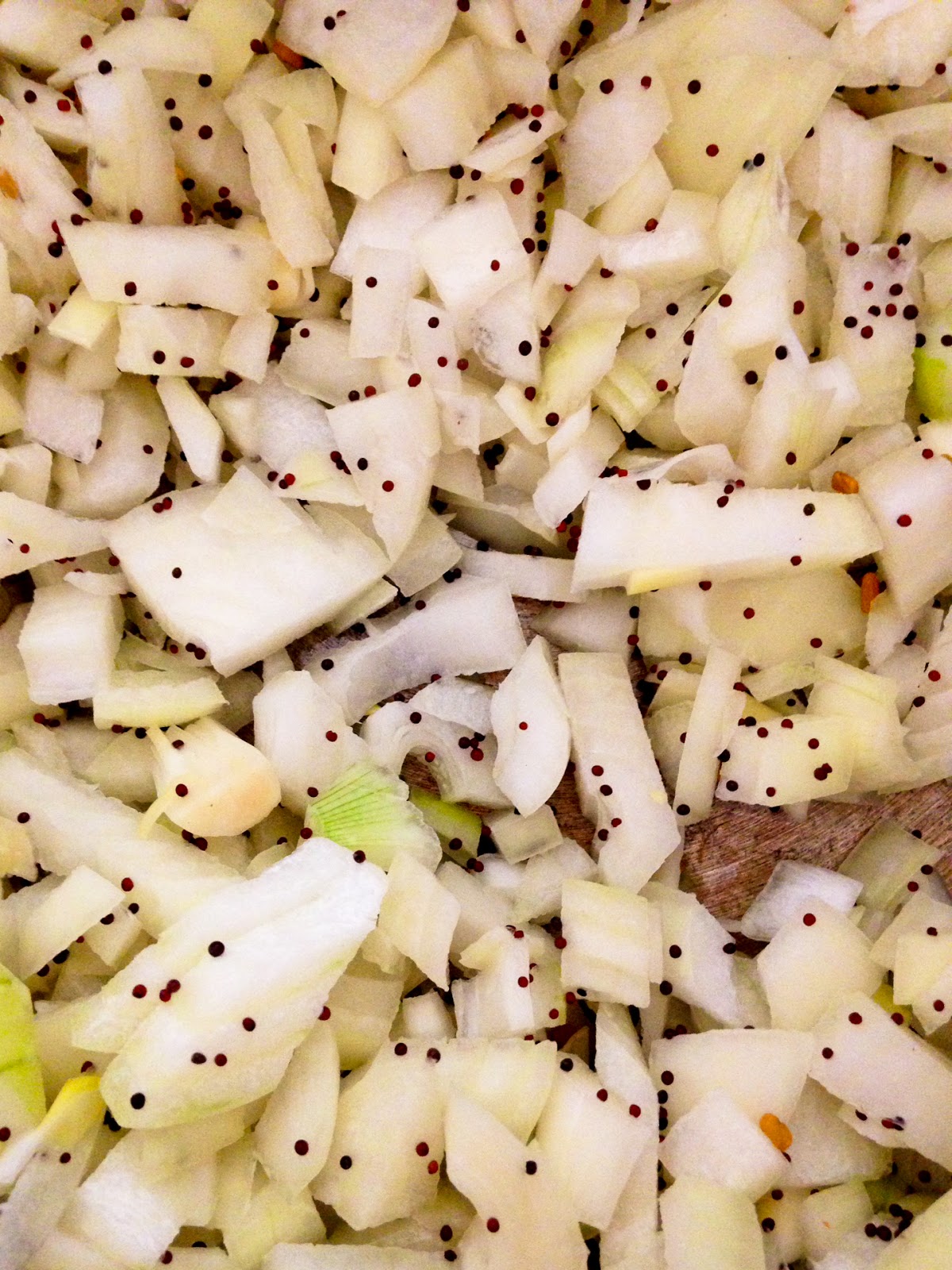 Meanwhile, you can be chopping the tomatoes and red chillis ready to add to the pan. At this stage also add the whole dried chillis, the vinegar as well as some seasoning. 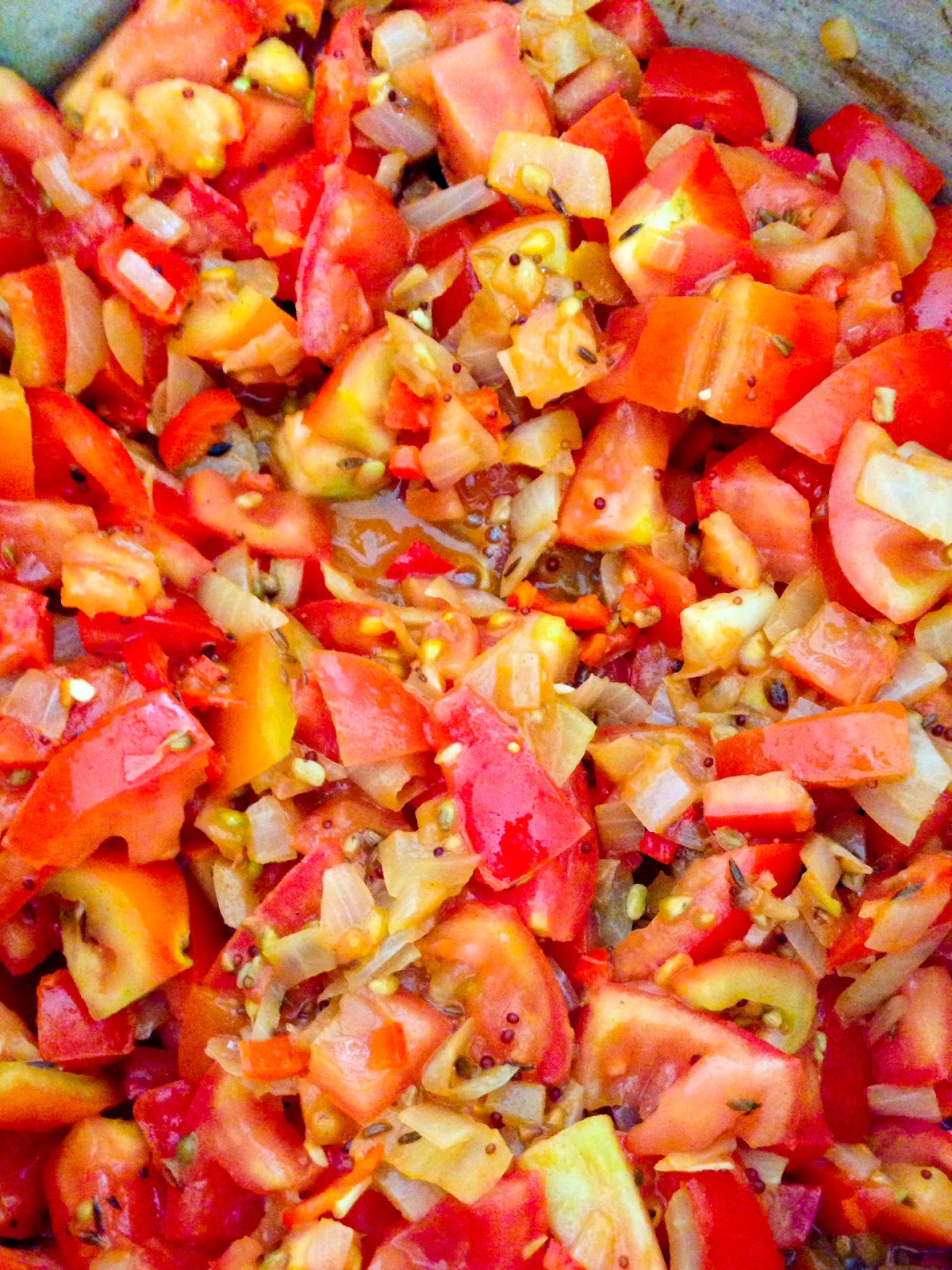 Simmer for around 5 minutes before adding the red pepper and chickpeas. 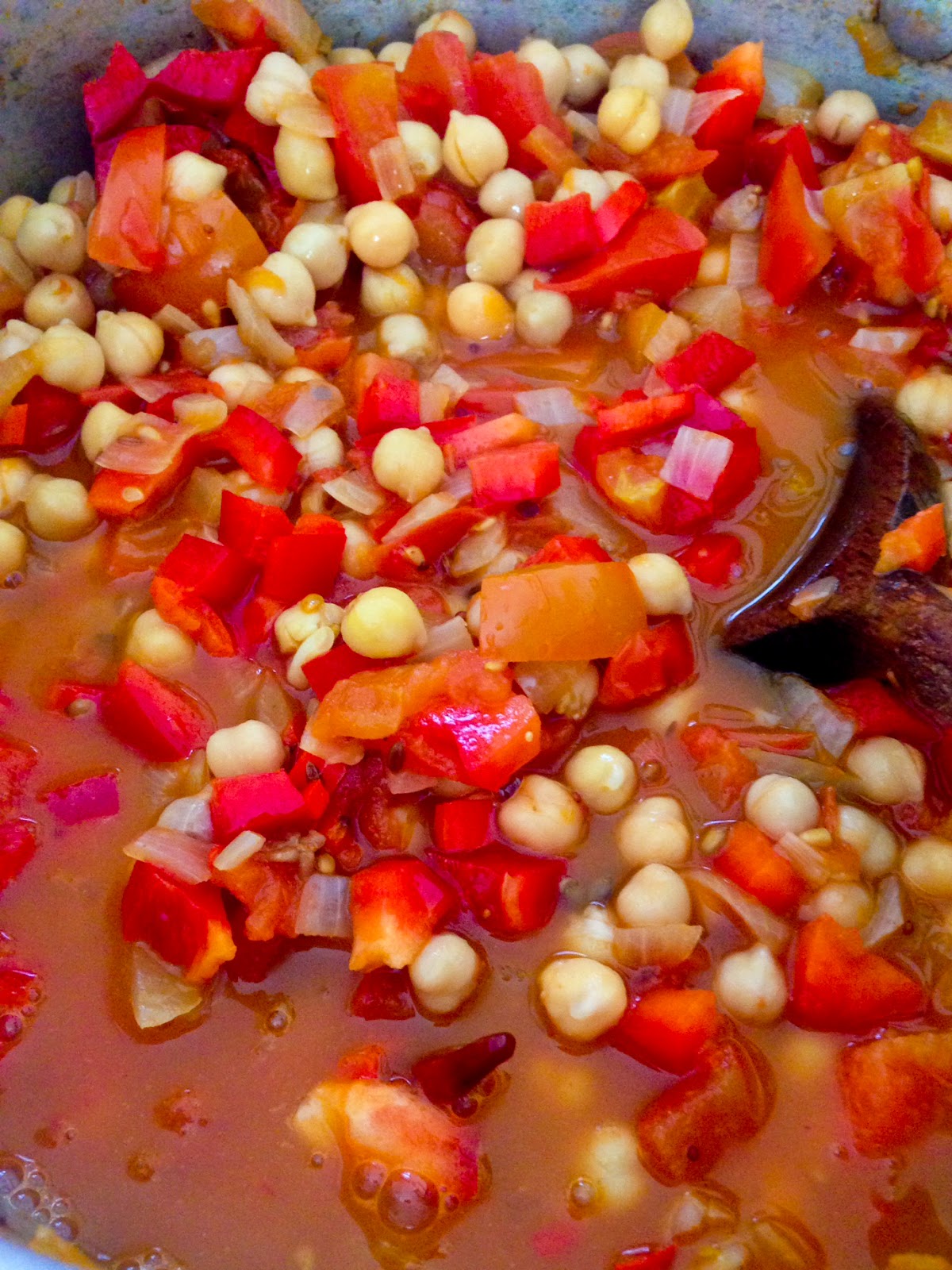 Now cook this down until the sauce is thickening up and the chickpeas are softening. This could take quite a while - to be honest I lost track but it was bubbling away for at least an hour while I was pottering about the kitchen doing other things.

When the sauce has thickened up, chop up a load of greens. 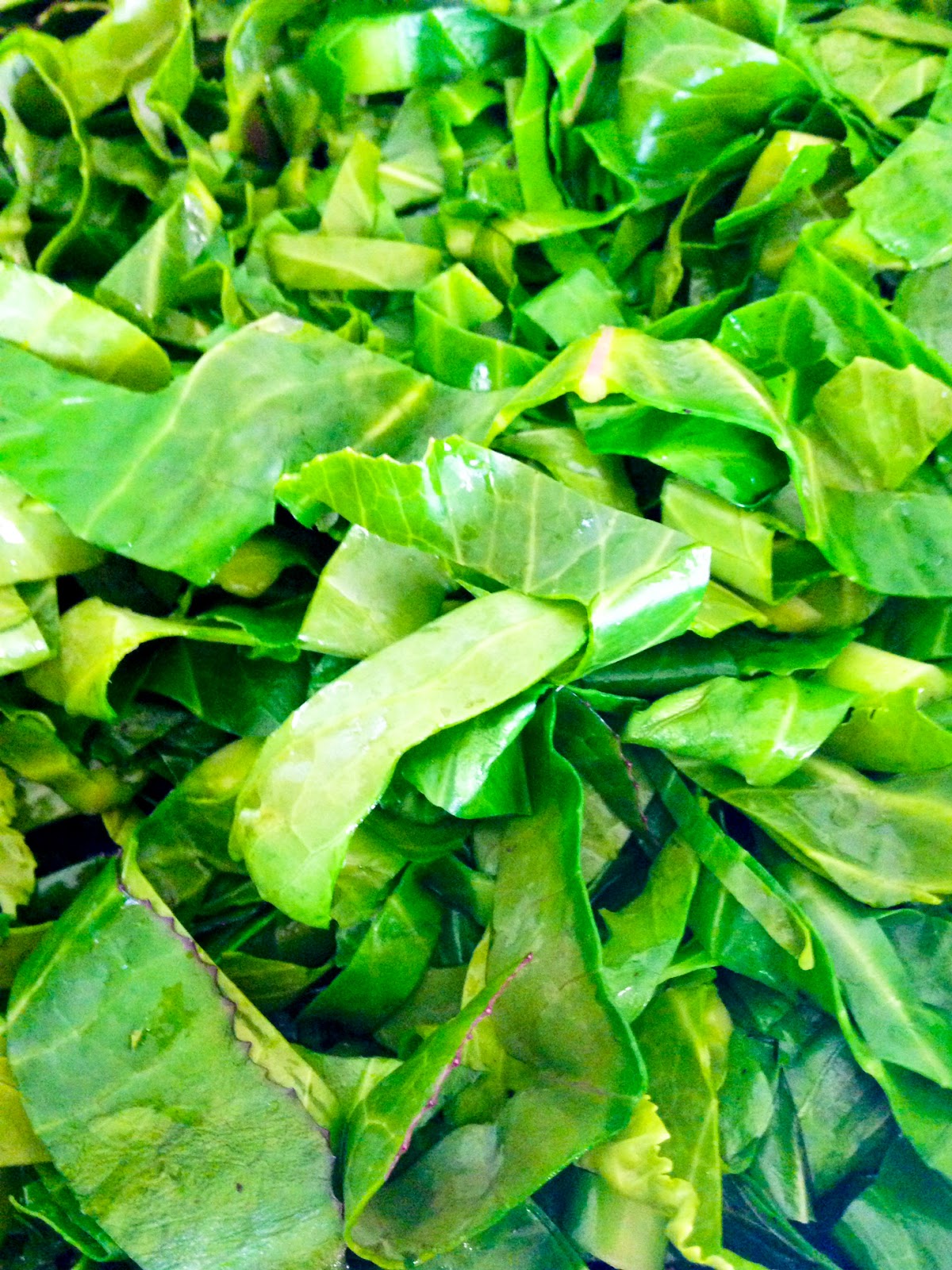 Add said greens to the pan with the rest of the curry and cook down until they're nicely wilted. 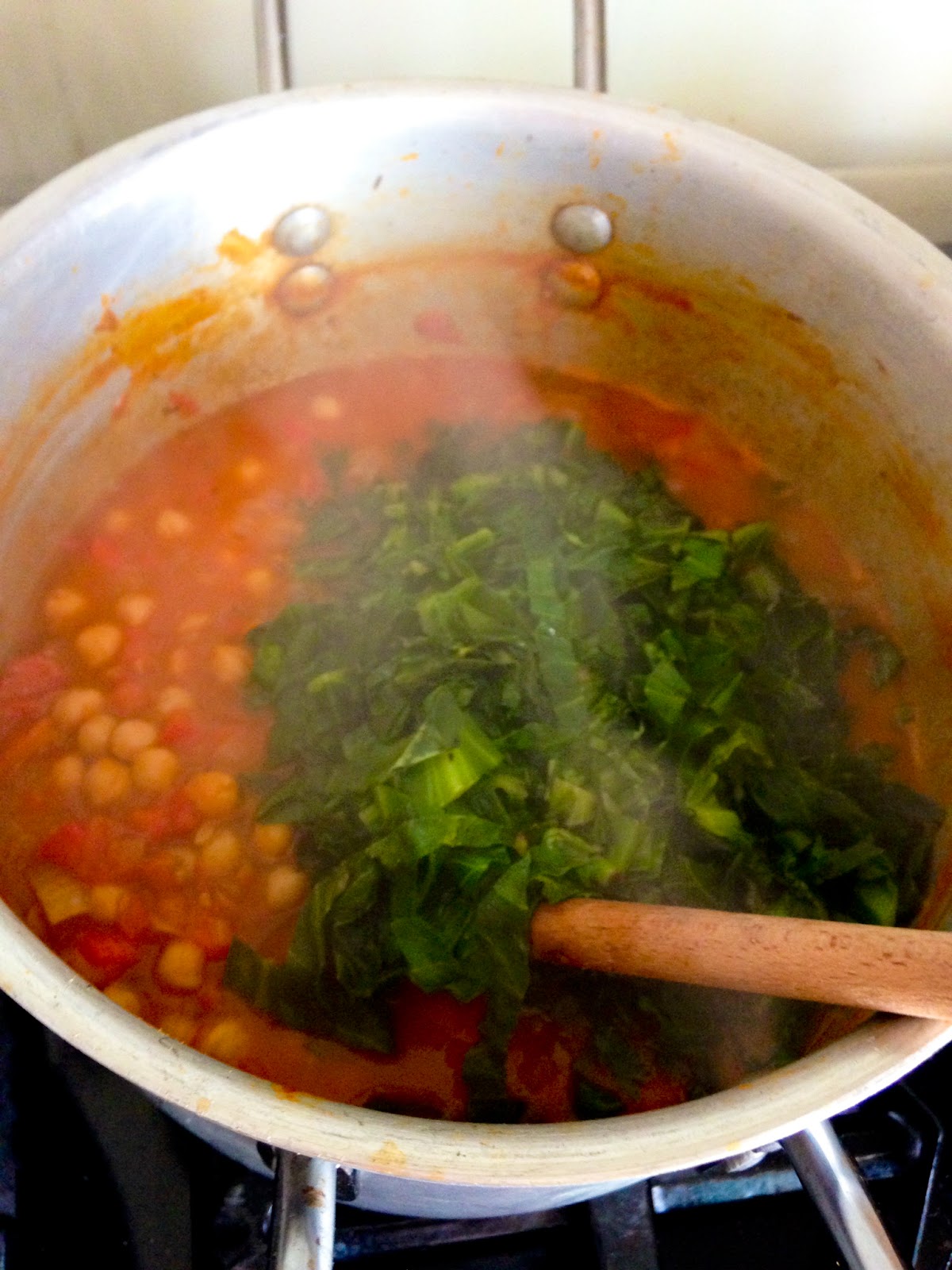 Serve up the curry with lovely steamed rice and sprinkle the plate liberally with coriander and chopped fresh red chillis. Healthy or what?! 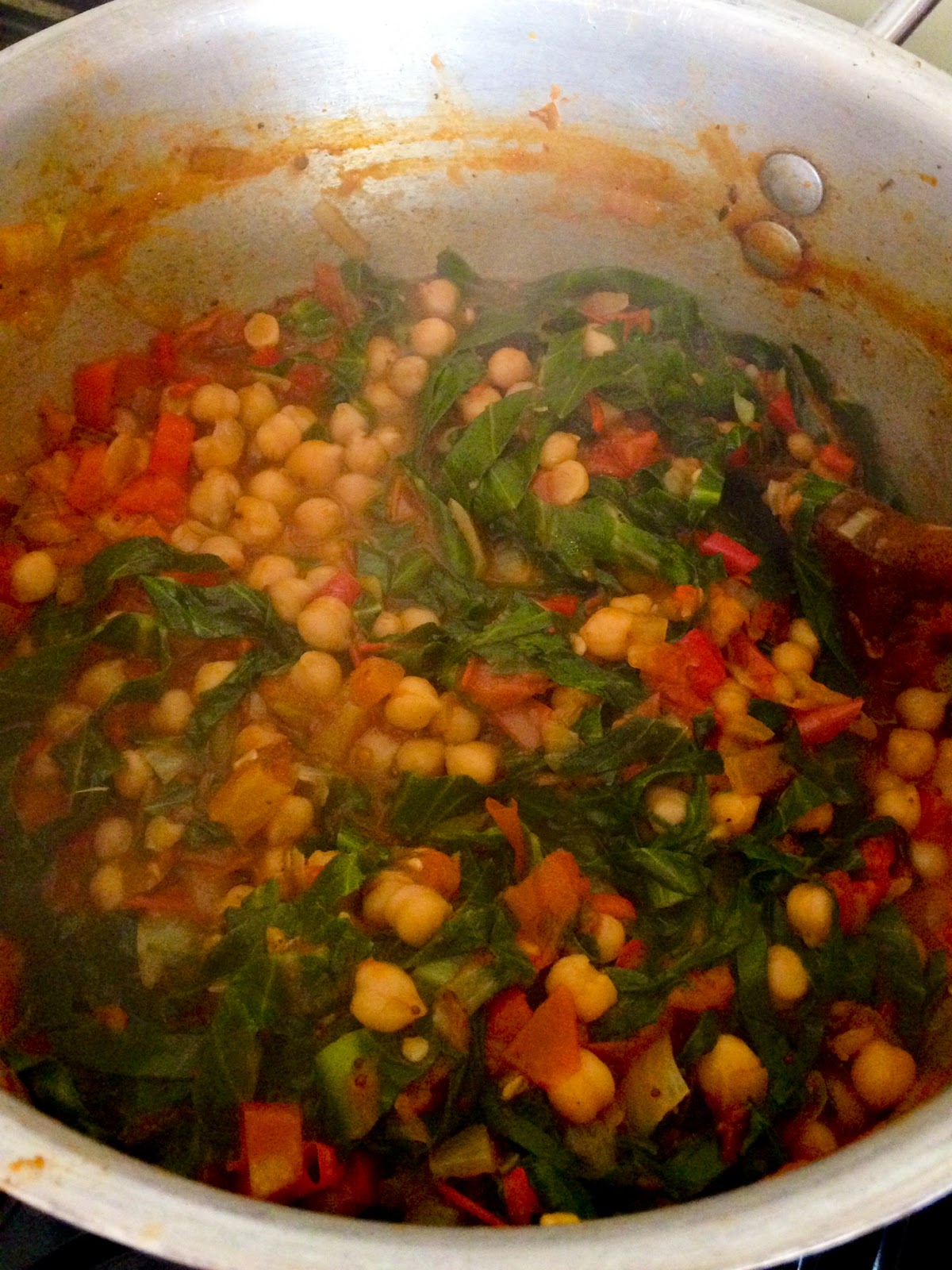 Posted by Jules at 6:38 PM
Email ThisBlogThis!Share to TwitterShare to FacebookShare to Pinterest