Thursdays are the new Fridays and on this particular Thursday we were seeing the weekend in with a trip to The Whim Wham Café for the book launch of our favourite purveyor of addictive ice cream, Ginger's Comfort Emporium. 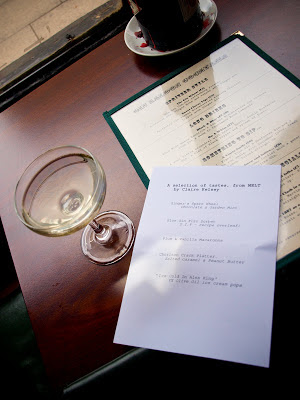 The book launch was a splendid affair and I highly recommend you get your mitts on a copy of Melt while we're getting the odd spot of nice weather so you can impress your mates by making them all the favourites (or just CHORLTON CRACK over and over and over again). 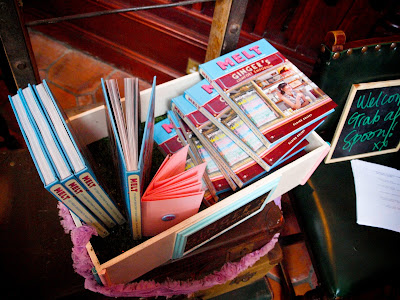 However, having eaten several servings of ice cream as well as a slice of a cake made entirely of ice cream (and a smattering of chocolate), Bailey and I decided to go off in search of something savoury to chow down on, seeing as Thursdays are the new Fridays. We decided on The Banyan Tree on account of it being just around the corner in Hulme. The Banyan Tree had been on our radar since Manchester Confidential had named it as their favourite 'Neighbourhood Venue' of the year in their review of 2012.

Located in the middle of Hulme, The Banyan Tree is in a bit of a random spot. However, much like the nearby Kim by the Sea, this place is obviously a very popular little local favourite as it was pretty darned busy. We really liked the interior of the place which was very colourful and fresh. 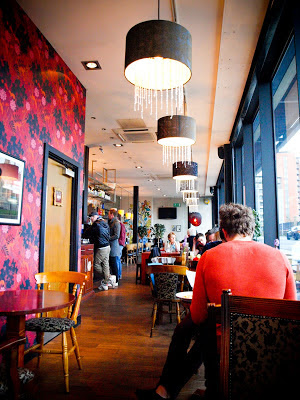 Bailey was pleased with the beer selection and picked up a pint of local Castlefield Bitter and a Samuel Adams which he was very excited to see available on draught. I was driving so even though Thursdays are the new Fridays I wasn't able to take advantage of the excellent value 2 for 1 cocktails offer. 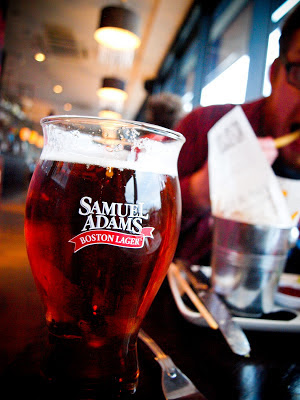 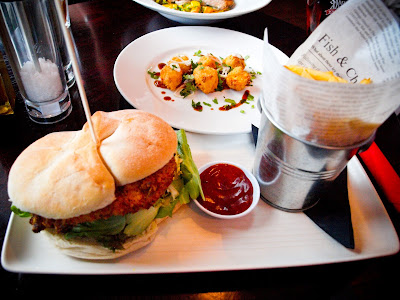 Even though Thursdays are the new Fridays we decided we would just go for a main course each, that was until we spotted the Garlic and Chilli Paneer Fritters on the 'Bites' menu and simply couldn't resist and ordered a portion to have on the side. These were a fantastic shout - firm, salty paneer covered in a super crispy breadcrumb and drizzled in a delicious balti sauce. Mouth = watering. 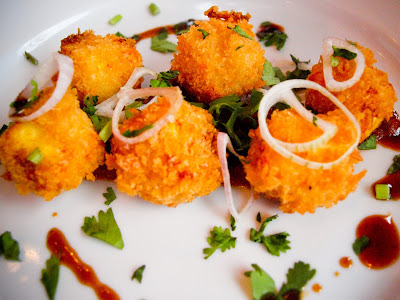 Bailey's main was a Cajun Spiced Chicken Burger in Japanese Breadcrumbs. This came in a soft, double ciabatta bun like no other I've ever seen before - perfect for cutting in half. The chicken was moist and according to Bailey tasted like "the best KFC chicken". 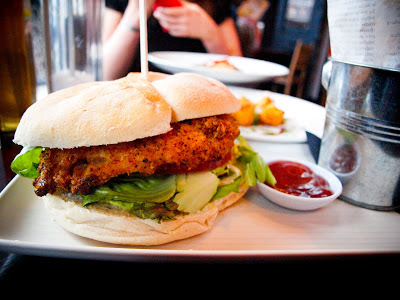 The accompanying fries were thin, crisp and salty and according to Bailey tasted like the "best McDonald's fries". All in all a top fast food-esque experience then, but with a little more refinement. 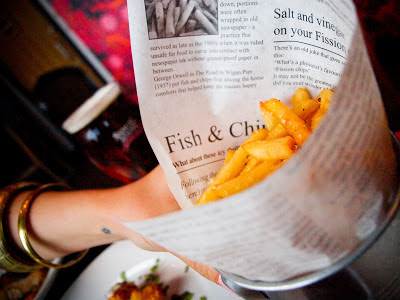 I chose the Salmon Fillet in a Fish Net from the weekly specials menu. The salmon was nicely cooked, meaty and a hearty portion. I wasn't too sure about the fish net, for me it seemed a bit too soggy in places and a bit too toasty in others. The Fricasee however was great - crunchy enough veg in a creamy sauce. The perfect dish for a Thursday! 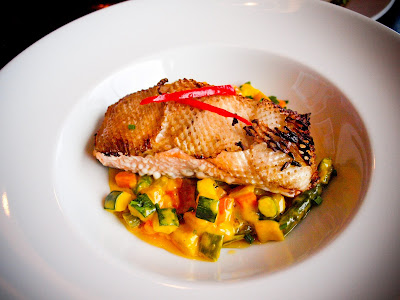 So we were pleased to have gone and seen what The Banyan Tree was all about and had been rather impressed with the food, bar and service. Like Manchester Confidential said, it's a decent neighbourhood venue. I'm not sure if we'll be rushing back just yet because there are so many other places we need to check out, The Banyan Tree is a bit out of the way for us and I think the prices were a touch too high. However I'm pretty sure that if I lived in Hulme I'd be there all the time!