Me and Bailey love eating Colombian Breakfast on lazy mornings. It is the perfect treat breakfast and really sorts you out of a morning - carbs, eggs, cheese, a few veggies, a bit of spice - what more could you want? 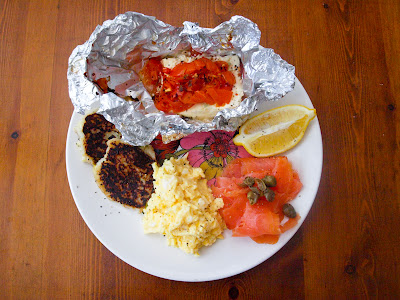 The other morning, Bailey was very excited as, despite having no money to go out or buy any nice food this month (post Christmas pinch), we just so happened to have retained in our fridge and pantry all the ingredients required for a Colombian Brekkie, bar the cava unfortunately. However, I was feeling a bit creative that morning after having spent the entirety of the previous evening reading cookbooks while watching cookery shows. So I announced to Bailey that I was going to be making him a Colombian breakfast "with a twist". 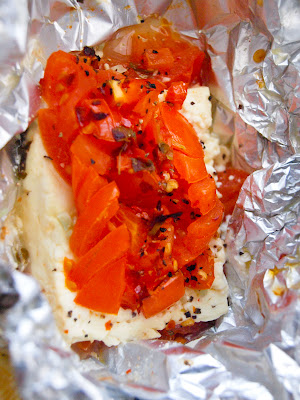 Bailey actually seemed a bit perturbed by this but I soldiered on. A couple of the recipes I had spotted during my huge cookbook trawl had been Foil Baked Feta and Yogurt Potato Cakes with smoked salmon out of a Vicky Bhogal book called Flavour that I believe we randomly picked up in one of those discount book shops. I decided to steal these ideas and make my own version using the ingredients of the Colombian breakfast. Instead of grating the feta onto the tomatoey eggs, I baked it with the tomatoes on top and the spring onions went into the potato cakes to add a bit of crunch rather than in with the eggs.

Although Bailey had initially been dubious, he absolutely loved this brekkie! I was so pleased to make him something that filled his belly with happiness as much as a normal Colombian breakfast does. We loved the way the feta's texture had baked to become almost like halloumi and the whole breakfast had plenty of different textures. The potato cakes were a bit soft and maybe they would have been better had they been deep-fried, but seeing as we are in the midst of the usual January detox that would have been a bit extravagant. However next time I might add a bit of the areparina to the potato cakes as a homage to the original brekkie. All in all we were pleased with this twist on the breakfast - we found that separately everything tasted OK but it was when you put everything together on your fork that it all tasted like the Colombian breakfast we know and love!

I am excited to make this for my mum and see what she has to say about all this! 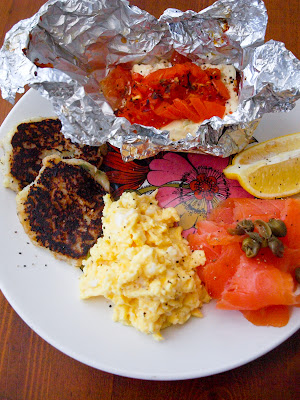 To serve:
Smoked Salmon
2 tsp capers
Half a lemon
Scrambled eggs, cooked to your taste

Start by placing the potatoes into a saucepan of water and bringing to the boil. One boiling, leave to cook for around 25 minutes, or until the potatoes are cooked through and the skins are starting to peel off. 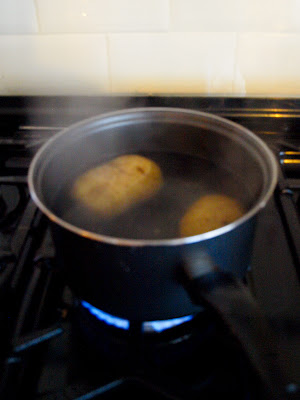 Meanwhile preheat the oven to gas mark 6 / 200 degrees C and prepare the feta parcels for baking. Cut the block of feta in half. Take two bits of foil, big enough to wrap around the bits of foil and lay the feta blocks in the middle of each bit of foil. 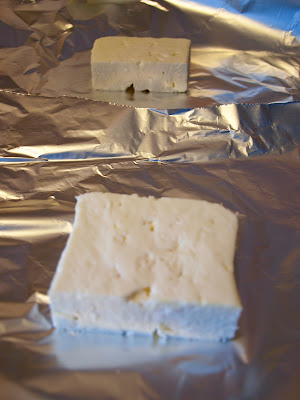 Chop the garlic clove and the tomatoes and divide between the two foil parcels, carefully placing on top of the feta. Finish each parcel off with a pinch of chilli flakes and a squeeze of lemon juice on each, some freshly chopped coriander and a sprinkle of salt and pepper. 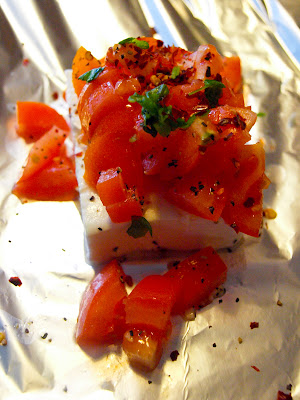 Seal the parcels up real good and place both in an oven dish and bake in the oven for 25-30 minutes. 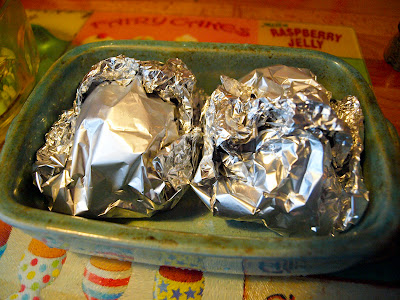 While the potatoes for the potato cakes are finishing cooking, chop the garlic cloves and gently fry them for about a minute, or until fragrant. Chop the spring onions and add them to the pan and fry just for a further 30 seconds or so. Place in a bowl with the dill. 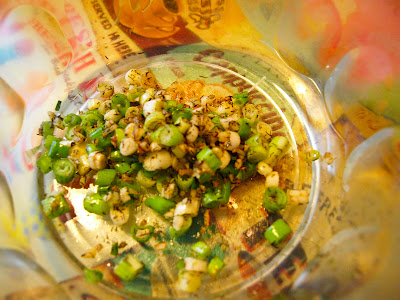 Once the potatoes are cooked through, take them off the hob and drain off the hot water. Soak in a bit of cold water and peel the skins from the potatoes. Discard the skins and put the potato flesh into the bowl with the garlic, spring onions and dill. Mash the potato and mix the ingredients up. 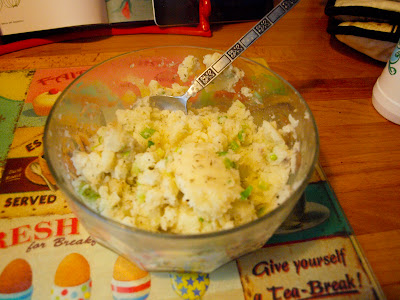 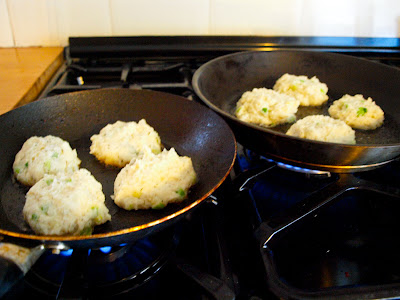 Meanwhile, you can make the scrambled eggs and start to arrange things on the plate. Put scrambled eggs onto the plate and the salmon with a wedge of lemon for squeezing and a few capers on top. Put the feta parcel on and open it up to let the yummy smells go into the nose of the recipient. Add your potato cakes and voila! An alternative to the Colombian breakfast. Add hot sauce if desired. 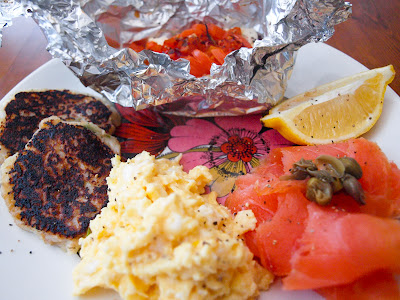 Posted by Jules at 6:12 PM
Email ThisBlogThis!Share to TwitterShare to FacebookShare to Pinterest